Accessing a Sandisk Sansa Clip+ with Banshee on Ubuntu 9.10

I've been given a Sandisk Sansa Clip+ 4GB mp3 player for my birthday. I requested the Clip+ as it has a microSD card slot (that supports up to 16GB SDHC cards) and I have an 8Gb card to use with it. I am amazed by the clarity of it's sound for the price. The player supports Mp3, WMA, FLAC and Ogg (no AAC), and arrived in a large box compared to the tiny player itself: 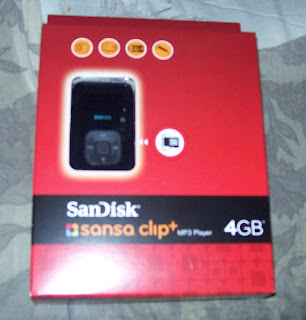 It supports replaygain and is gapless, is much cheaper than an Ipod shuffle and has a nice bright little screen. As you can see it looks like an ipod that's shrunk in the wash! 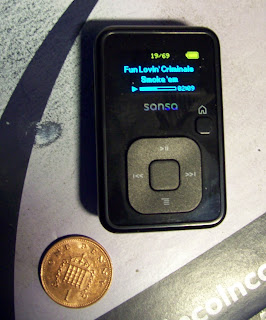 I set the player to use MSC (Mass Storage Class) in it's settings (you can also use MTP - Media Transfer Protocol) and plugged it in to my desktop machine that has Ubuntu 9.10 64bit. With MSC, the player and it's microSD card show up as drives, however it took a little searching on the net to get the Clip+ to show up as a device in Banshee. I'm using the newest version from the Banshee Team Repos (named 'banshee-1'). Eventually i found a solution here, and here. You need to create a text file in the root of the player and it's card called ".is_audio_player" (without the qoutes). The period is essential to make it a hidden system file, press CTRL+H in Nautilus, to show hidden files. Copy and paste this text into each file, then save:

This makes sure the files go in the right folders and with the right format, mp3 in this case. Then safely remove the player, unplug and plug back in, and now it will show up in Banshee in it's side pane like so: 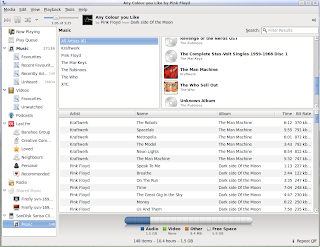 Read CNET's review of the Clip+
Posted by Carl Draper at 18:38