A Fresh Start With Mint 17 KDE for my Workstation

I've recently had a bit of a Linux desktop crisis as my favourite desktop, Cinnamon, has been playing up somewhat on my main workstation, after I had been satisfied with it for so long. It started getting flickering with one of the dual monitors going black briefly when fullscreening VLC or anything that runs fullscreen. Cairo Dock was also becoming increasingly buggy too, so it was time for a change. I tried LXDE and XFCE installed on Mint but they all felt lacking on my dual monitor setup. I then tried to install KDE but it messed up the install, and so it was time for a reinstall.

I briefly tried fresh installing Xubuntu and then stock Ubuntu but for some reason the mouse and keyboard stopped working on them on the first boot. Quite odd. I then reinstalled Mint Cinnamon 17, then installed MATE again and had that running for a few weeks until today, when I decided to start fresh again. I used MATE for a few weeks, but although it worked OK, Gtk2 feels old and just does not feel as smooth as Cinnamon used to do. So I decided to try KDE again, but this time with a fresh install of Mint 17 KDE, but keeping my /home partition and that's what I am running now. I already have KDE installed on one laptop, so I knew what to expect. It got off to a slightly shaky start on the LiveCD as Desktop Effects are enabled by default and they do not play well with the open source Nouveau driver! So I disabled them for the install and disabled them on the first boot, then re-enabled them after installing the Nvidia drivers. 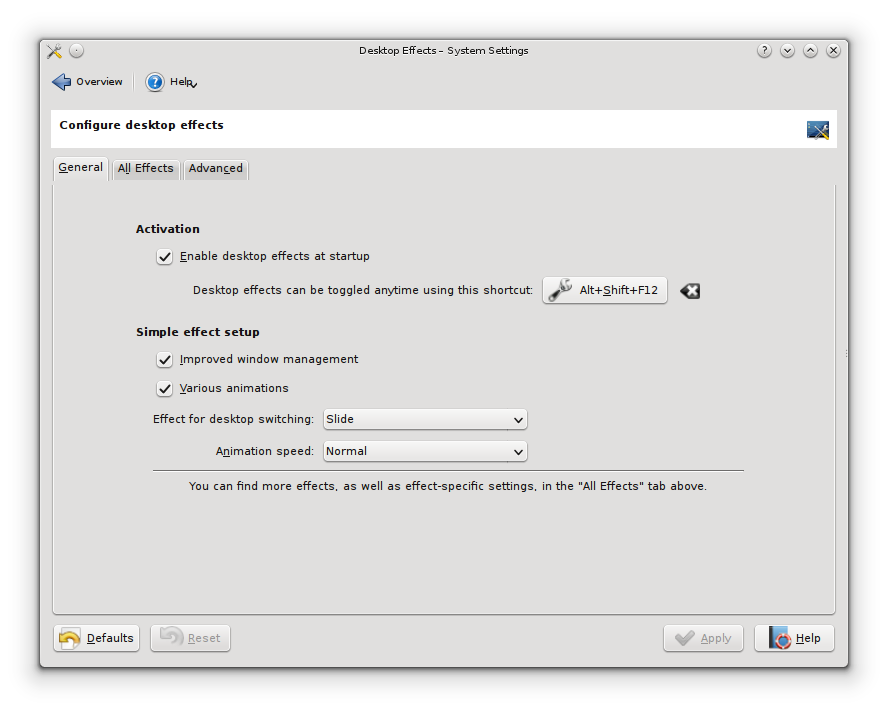 Then after installing my favourite apps, such as Chrome, Filezilla and others, I got down to customizing my desktop to how I wanted it. KDE is great for those who need to customize everything, but the only thing lacking is the way it treats desktops separately, so you cannot span a single wallpaper across multiple screens. A workaround is to split your wallpaper down the middle with GIMP, and set the left and right bits appropriately.

I set the main KDE panel to the top of the screen and then made an auto-hidden panel at the base of the screen for most used apps and resource monitors etc. I did briefly try Docky, but it does not work how I want. I did try a completely dark theme all over the desktop, but they are very tricky to get right, especially with gtk apps and WINE etc so I decided to stick to stock theme other than a dark desktop theme for the panel. I also installed Conky with Gotham theme. Here's how my KDE desktop looks with the lower panel visible, with Dolphin and Amarok open:

I did actually install Gmusicbrowser too, but the keyboard media buttons don't seem to work with it. Thankfully Amarok works very well in it's native KDE, unlike whenever I have tried it in other desktops. I do also like the KDE main menu's Favourites list, a good contender feature-wise for Cinnamon's menu. 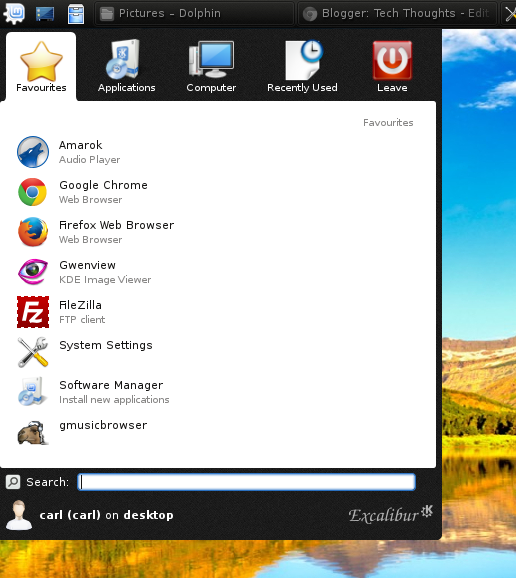 KDE has some nifty features and the desktop effects can actually be quite useful, like the 3D app switcher and taskbar window previews, which I have not had for years.

Another cool feature is KDE Connect which makes Android Notifications appear as notifications in KDE, as well as enabling you to control audio/video playback in KDE from your phone, amongst other things.

So I am quite happy now with Mint 17 KDE on my HP xw6600, it's very nice and usable once it's been setup right, and now that I have got used to it. I would say though it does need plenty of resources to run smoothly, so it's not ideal for low end laptops with integrated graphics. My desktop is a HP xw6600 with 8GB RAM and 4 core 2.5ghz Xeon CPU and Nvidia 7600GT. It has been stable so far though, more so than Cinnamon, I have only had one settings dialogue crash once, that's about it, so hopefully I shall keep Mint KDE on my main workstation for a long while. 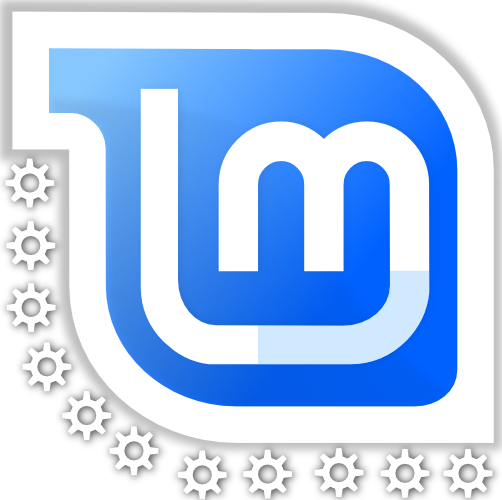