Well I have been waiting quite a while but now I've finally got the official Oreo update on my Moto Z Play, which is better late than never! It was around an 1150MB update and I did a wipe and set it up again, since the launcher would not start after the update. Sometimes it's best to do a fresh start anyway. 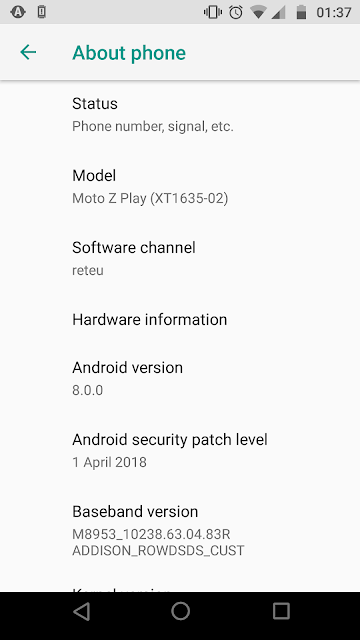 I am also now using this version of Google Camera which is a bit more up to date than the one I was using. It's a bit annoying that you cannot just install Google Camera from the Play store, since I like using it for Photospheres. The updated Moto lockscreen and Moto widget looks nicer than it did on Nougat. 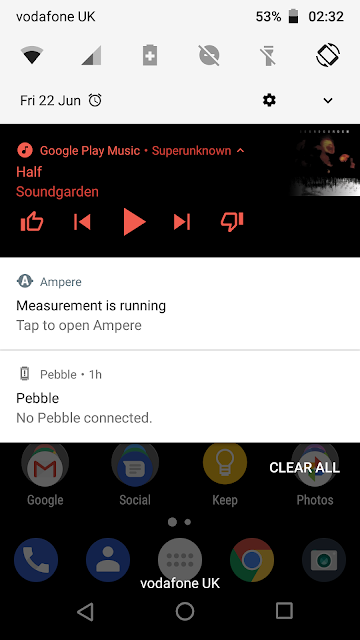 I also love the way the music Notification blends with the album cover, I've missed all the little things from Oreo since that brief time I had a Nexus 6P in October last year.  Another little change I like is the new incoming call screen, looks much neater. Notice from the screenshot above that Ampere now sits in the dropdown to remain open, it never used to be there in Nougat. I think I'd probably notice even more changes if I was using the Moto or Google Launchers but I prefer Nova Launcher Prime. once I had all my apps back i restored Nova from a backup on my SD card so i had it back to how I had it before. As you can see, i prefer the old style Google search box on my Home screen and I'm currently using "Pixel Icon Pack" from the Google Play. 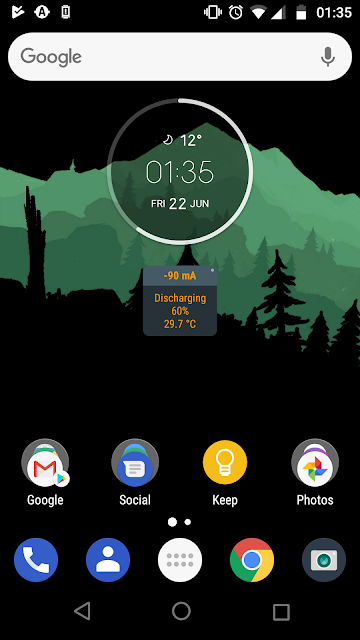 My favourite feature introduced in Oreo is Autofill API, a system wide store of form data, which is like the way Chrome remembers your email and password for sites, this remembers them for apps and all around Android. It made setting up my phone again a lot quicker and easier. I'm sure I'll continue to find other new little things here and there, there's lots of things introduced in Oreo I haven't tried such as Picture in Picture in apps, Instant Apps etc. Overall my Z Play feels just as smooth as it did under Nougat and hopefully battery life will be just as good too, I'll see it how it goes over the next few days and weeks.
Posted by Carl Draper at 04:29