I needed a replacement for my ageing first gen Google Pixel XL as the battery has pretty much had it and I managed to crack part of the screen on it too. I knew the ideal replacement would be the Pixel 3a and luckily it was reduced in the Black Friday sales not long after my birthday. I chose "Just Black" as I didn't like the odd colour buttons on the other colours. And the Purple-ish wasn't purple enough for me. This is the first time I have had a brand new device, I have always owned secondhand phones.

I chose the Pixel 3a as it's about half the price of the new flagship Pixels but still has a great camera and stereo speakers of the flagship.  As a bonus, unlike many flagships now, including the Pixel 4, it has no screen notch and it has a headphone socket! 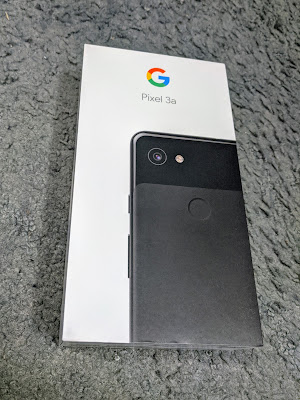 Transfering my settings between my old Pixel XL and the Pixel 3a was very easy with the provided OTG adaptor in the box, it walks you through the steps. it synced messages, installed apps, various system settings and the photos I had stored on it. 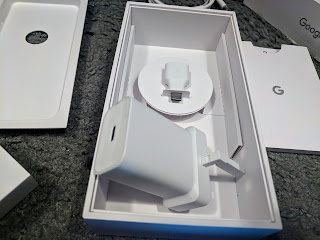 Although the screen is slightly larger than my old XL (5.6" instead of 5.5"), the device as a whole (being the non-XL version) is actually smaller and lighter. It feels significantly lighter at 147g than the Pixel XL's 168g. I assume the plastic body saves quite a bit of weight. The screen is OLED rather than AMOLED, it seems brighter, crisper, though it has a lower pixel density (~441 compared with ~534). 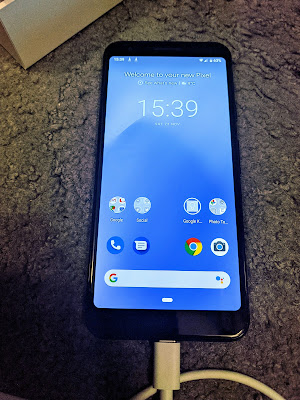 I love Ambient Display on the 3a, constantly showing the time and what music is currently playing is very handy. Also I don't think I have ever previously had the option of  listening and identifying what's playing nearby, all the time. Lift to Wake is always great to have too.

The Pixel 3a has a feature where you squeeze the sides of the phone to activate Google Assistant, I haven't had a phone with that before. I haven't really played with that much, apart from it accidentally being squeezed in my pocket. I've changed the setting so that now it won't activate with the screen off. I have a cheap flip case on it, as I wanted to protect it, it still allows the sides to be squeezed. 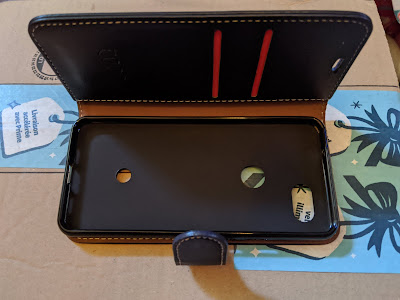 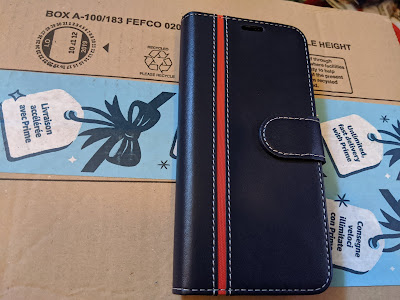 Only slight issue I have had is the GPS was all out of whack. At first it struggled to find my location at all, then I calibrated the GPS in Google Maps and GPS Status app. Oddly the Untappd app had location completely disabled in its settings for some reason so I fixed that. And that's the only minor issue I have had so far. It still seems to go off a bit and needs calibrating every now and then.

With the knackered battery in my old Pixel, I would start getting anxious at 60 something percent, but with the 3a I'm getting much better usage, thankfully. Though my old XL had a slightly bigger battery, it was so worn out I could run my battery down in less than an hour of web browsing and it would often shutdown at 30 or more percent.

My first full days usage, which is always the heaviest as you end up playing with it the most, I got over 16 hours usage. This was a day of sitting in coffee shops and pubs browsing the net on the wifi a lot, and walking round taking plenty of  photos.

I am now mostly getting between 16 and 19 hours, often with over 5 hours screen time, and that's when letting it go down to around 15%, with Ambient Display and Bluetooth on all the time. I always have it connected to my Xiaomi Mi Band 4 watch.

Part of why I went for the 3a is of course the camera, and it's fantastic! The original Pixel was impressive for the time and this is even better, I am very impressed, particularly as this isn't a flagship device. 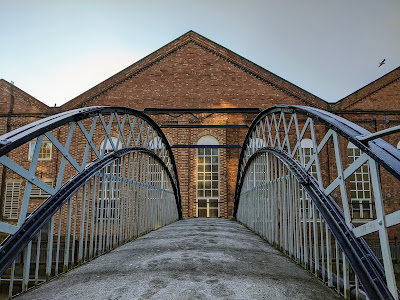 The selfie camera is great too, and the Portrait mode, where it blurs the background of the shot around you, makes them even better. Those work most of the time, but it's worth taking several shots to make sure at least one of them works right, particularly if you have wild hair. This photo was taken at sunset, so it's in fairly low light. 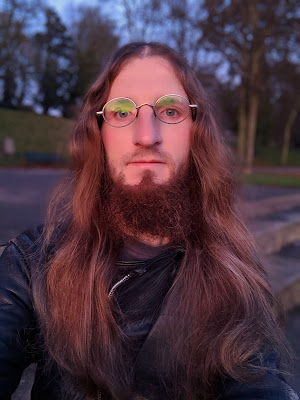 Night Sight is even more impressive on the 3a than on my old Pixel. These photos were taken around 10pm. These were just quick shots taken off a bridge and in a market square. 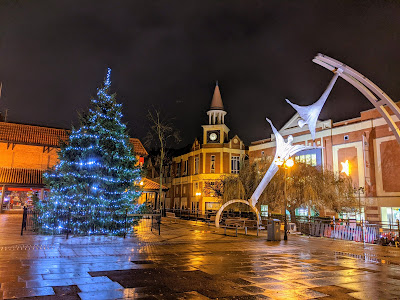 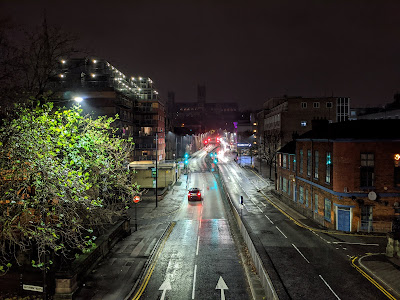 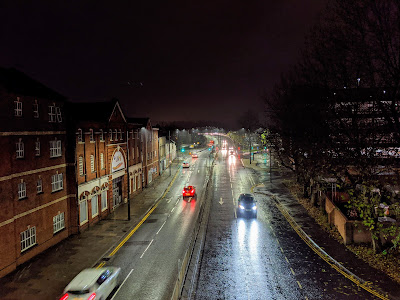 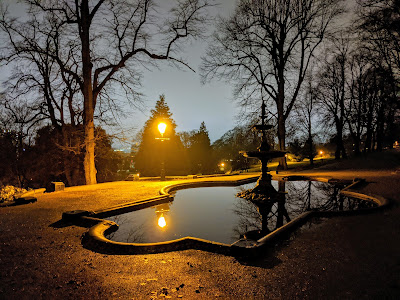 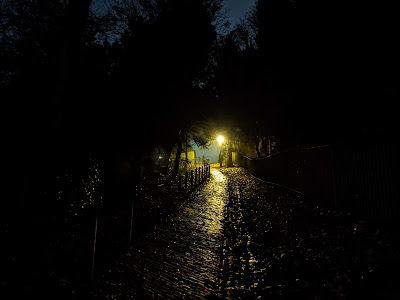 It also takes Motion Stills, which seem to be automated, they're a few photos bunched together in a little animated gif. Can be useful for capturing a reaction of someone or a car going past.

The 3a also takes much better videos than my old  Pixel XL, they look brighter, less washed out.  Having optical image stabilisation also helps, my old XL didn't have it. 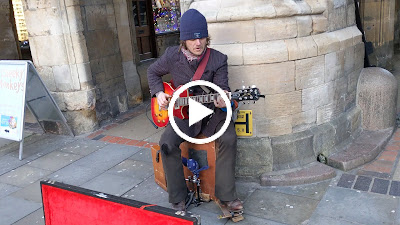 I am very happy with my Pixel 3a so far, it's been the first smartphone I have had where everything works near perfectly. It is buttery smooth, has a great camera, good screen, and all day battery life. It's taken a little getting used to the new Home screen navigation, swiping up from the bottom to show recent apps, rather than pressing the right hand on screen button on my old XL. I could have just installed a third party launcher and changed it to the old way, but I'd rather keep it stock for now. I hope to keep my pixel 3a for as long as possible, as long as it still works well.
Posted by Carl Draper at 11:05