Original Google Pixel In 2020. How Does It Fair?

It was time to replace an ageing Moto G (original model) for my son. He doesn’t use it as a phone but more of a small tablet for YouTube and gaming on the go mainly and the Moto was showing its age and had been dropped a few too many times – leaving it in a poor state.

I ended up picking up a very reasonably priced Pixel – original model from 2016. But how does Google's first gen Pixel hold up in 2020? 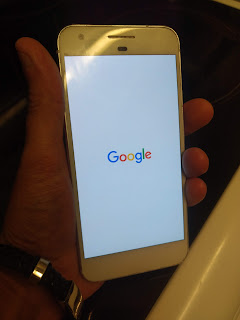 Firstly, I like the design of the Pixel. The front looks very similar to an iPhone but lacks the physical home button. The back is split into two sections with the fingerprint sensor on the back. I bought a Grade C and was expecting something in much more poor condition, however this just has a few surface scratches and scuffs. 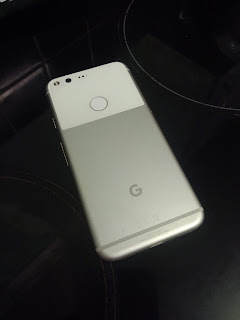 It features a quad core Snapdragon 821 processor, 4GB RAM and 32GB internal storage (a 128GB model was also an option). It has a 5.0” AMOLED screen, USB C charging, a 12MP camera and 8mpx selfie camera. Spec wise, that is still a decent set up.

It shipped originally with Android 7.1 and was updated all the way up to Android 10. This is a rarity in the Android world. Being a Pixel it runs vanilla Android - something I do like. I am not keen on reskinned Android versions (such as those on Samsung or Sony phones) and it doesn't come with any preinstalled bloat that takes up space. 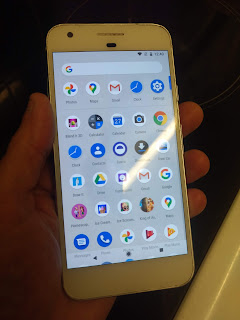 Performance wise, this phone nips along. It is currently on Android 8.0 (with a notification to update to Android 10). The quad core processor might not be top of the range, but the 4GB RAM helps a lot to keep things flowing smoothly and the 32GB storage is plenty for the average person to install a lot of apps and games.

The lack of expandable storage would bug me on a 32GB phone - I do like to keep about 40GB of music on an SD card in my phone - but this could be resolved buy purchasing the 128GB model.

I was pleasantly surprised. I wasn’t expecting such a fast experience. Both the OS and apps swing along nicely and gaming was great too – although I didn’t play any heavy games, but light gaming was a breeze.

It is certainly a massive step up from the Moto G with only 1GB RAM. However it really did surpass my expectations on performance.

The cameras on the Pixel are superb. It really shows this was a top end handset. Pictures are super crisp, close up photos focus very closely and the background blur feature is great. Even the front selfie camera stood up well especially in low light.

It is a bit smaller that what I am used to (a Moto Z Play which has a 5.5" screen) but I quite liked the slightly smaller footprint. It meant my thumb didn't have to stretch so much across the device. 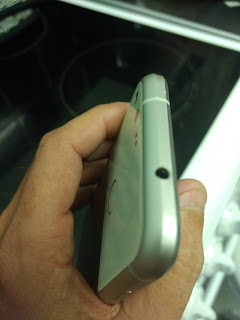 Audio was good for a phone, it was loud and fairly bassy - but the inclusion of a headphone socket was essential - otherwise I have to listen to my son watching people talk over Fortnite videos on YouTube.

The only downside to this Pixel – and it seems a common issue especially with early Pixels and with older phones in general, is the battery doesn’t hold up well. The 2770 mAh battery would have given decent life when it was new, but after a few years it isn’t doing so well.

I find it better value to buy an older premium phone than a new budget handset, but it is the battery that is hit and miss on older handsets.

If you can get a Pixel with a decent battery, then you can not go wrong with this handset. Not everyone needs the power a new phone offers and grabbing an older high end phone can be a great option to cut the cost down without sacrificing performance and you end up with better quality hardware.

I am loving this Pixel – and am quite jealous of its premium feel, good looks and amazing performance. It has made me rethink whether my next phone will be a Motorola handset (which we are very fond of in our house) or possibly switch to one in the Pixel range.