Refurbishing My Original Xbox & Soft-Modding It

About a year ago I bought an original Xbox and fell in love with the platform again, shortly after my wife bought me a crystal version. I have a fascination with transparent tech and always wanted one.

While it worked ok, it was in need of some TLC. It looked like it had a rough life and being 15+ years old most original Xboxes need a bit of maintenance to keep them fresh. The good news is, being essentially a PC in a custom case, it is one of the easiest home consoles to open and work on.

A few weeks ago, I stripped it down to its boards and took the CPU and GPU heatsinks off to clean up the old thermal paste and reapply some fresh Arctic Silver. This is a must as the original paste dries and goes brittle.

Just after that, the PSU board failed – leaving the machine lifeless. Luckily my black Xbox was the same model revision (a 1.6) so the internal parts are virtually identical, so I took out the PSU board and placed it in the crystal. 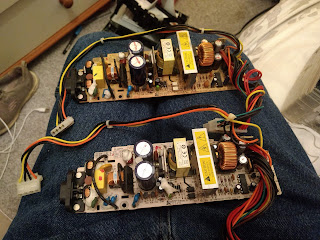 The bottom EMF shield was very rusty – and being a crystal Xbox you could see the rust through the case. So my next job – quite a daunting one – was to completely strip down the console removing everything including the motherboard, power board, fan, controller ports and front panel. Then it was time to pull up the EMF shield. Normally this is quite easy but the rust made it a little trickier. Once out I gave the entire bottom casing a good clean, removing any dust and grime.

I replaced the bottom EMF shield with the one from the donor – which was luckily spotless. While the machine was open I decided to swap the cooling fan too as the current one was noisy. 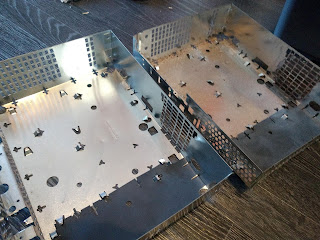 Then it was time to put everything back in, cleaning each part as it went back in.

The DVD drive was finicky over discs and made a lot of noise. So once again I used the donor machine to swap the DVD drive. I just had to swap the black and crystal drive bezels over.

One final step before putting the lid back on was to remove the top EMF shield from the top casing.  This has to be done carefully, prising it away from the legs and being mindful not to scratch the top casing. I did this for two reasons, firstly it was a bit rusty and secondly what is the point of having a transparent console if you cant see it’s innards? Removing the top EMF is safe – but the bottom one needs to stay in to prevent interference especially with the video port. 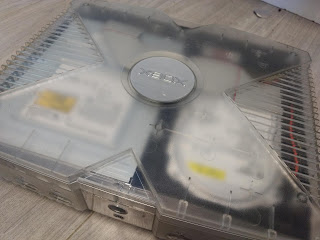 I thought this was it. I was looking at a gorgeous, clean and see through console. Changing the fan and DVD drive made it whisper quiet, however I had forgotten that the DVD drive from the black console had its own issues. It would get stuck opening at times. I found out this was caused by a worn stretched drive belt. So once again I had to open the machine, remove the DVD drive and then delve in to both of them. These optical drives have metal casing which can be removed with four screws giving access to the internals of the drive. A small note, you need the drive draw out when swapping drive belts, so it is a good idea to eject it while still on and then shut off the power supply by pulling the power plug, this will ensure the drive stays open. 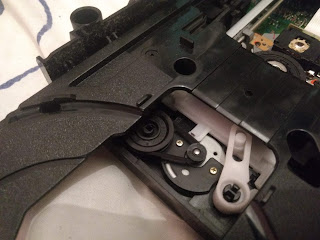 And there we have it, a fully refurbished original Xbox. All cleaned up and given a new lease of life to extend the usability of this classic beast.

That's the hardware side done, but there is one more step I had toyed with doing for a while and that is modding it. Hardware mods require quite a bit of expertise, luckily it can be softmodded which is a bit simpler because it requires no soldering or tinkering inside and it totally handle via software.

In short you need a game disc (Splinter Cell, MechAssault, Tony Hawks Pro Skater 4 or 007 Agent Under Fire) and the relevant save file for whichever game you choose. This is a special save file which opens an exploit and allows you to install custom software. To put these on your XBox you need a controller-to-USB converter (which I made) and a memory card to put these special files on. The whole process to softmod is bit more complicated than that and there are many full guides online. 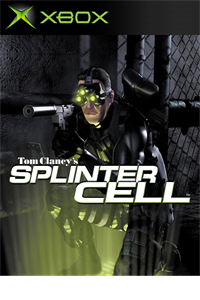 The bonuses of modding your Xbox are endless. The main reason is to change the hard drive. Original Xboxes have their motherboards and hard drives tied together so replacing them is normally not possible meaning if your drive dies it is the entire machine gone. However modding means you can not only change the drive – by rewriting the EEPROM – but you can up the size (original 8GB), with people putting anything up to 2TB in them.

This brings to question what would you need a large drive for. You can copy your game discs to the hard drive meaning faster loading times and less wear-and-tear on your physical discs as you don’t need to put the disc in to play. Additionally you can do more than just play Xbox games, being essentially a custom PC in a box you can install emulators for other systems (such as Sega, Nintendo, Sony, NeoGeo, Atari, Sinclair, Commodore and many more) to play games from these machines.

Modding also means you can also use the built in ethernet to transfer files via FTP from your computer - such as emulators or games isos.

For now I still have the original 8GB drive in, but plan to upgrade it to at least 120GB – making for room for over 30 game discs to be copied across.

A neat addition is the green LED power light, goes orange when the softmod kicks in - like it knows its naughty - and then goes red when done, with the option to change it to different colours or flashing combos.

For the adventurous Xbox owner you could install custom LEDs inside the case – especially for crystal owners – just give it that wow factor when the machine is on. I might, but for now I am happy with just being able to see inside the machine.

So there is my journey. It has taken a spare donor machine, time and patience and a lot of nail biting to get my beloved crystal Xbox to where it is now.

I love it. It is awesome. This amazing 6th generation console from the early 2000s is now running as smooth as ever. 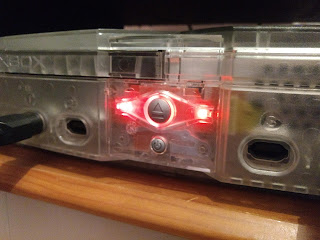