Jumping into the Deepin Desktop Environment

I have seen a lot of reviews and screenshots of a Chinese Debian-based Linux distro which has its own desktop environment, Deepin Linux, which is the name of both the qt-based DE and the distro. Although I was tempted to try it, I still have this nagging suspicion about it, rightly or wrongly, I don't trust the distro.

Anyway, since the desktop environment and apps are open source, you can manually install them on another distro and some distros have Deepin versions or "respins" of them. Manjaro Deepin is one such distro. It's just as easy to install as Ubuntu, even though the installer works a little different. I decided to try it out in Virtualbox before I install it on any hardware.

By default, Deepin uses a Launchpad style launcher, and the panel working as a dock like recent MacOS versions, which I am not keen on. 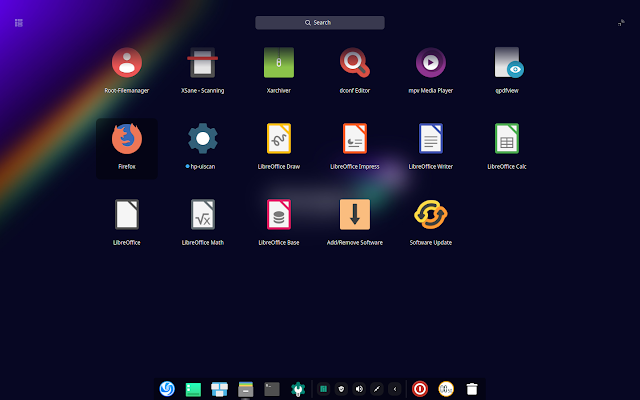 Fortunately, you can click on an icon in the top right and it switches to a sensible menu like Windows or KDE. Right click on the dock/panel and select mode and choose Efficient Mode and that too becomes more Windows/KDE like, stretching the full width of the display. 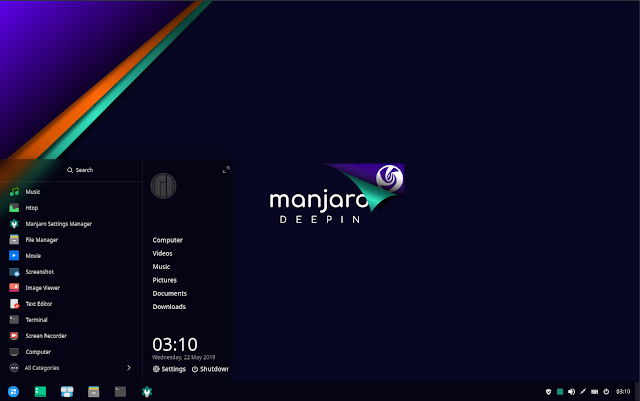 Manjaro Deepin is quite good on resources, using just over 500MB after booting, certainly much lighter than Gnome. 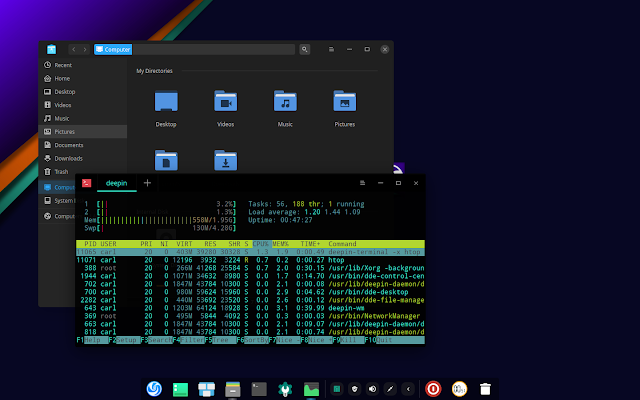 You will also notice I have changed to a much more eye-friendly darker theme for everything,  which is easy to do in the Deepin Control Center and also individually on the apps, so you could mix and match if you wanted. 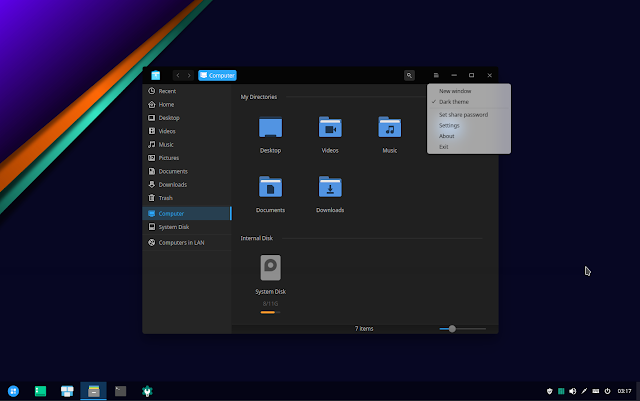 I really like the Deepin Control Center, it pops out from the right hand side. You can quickly scroll up and down it to change theme, display settings, network etc. It works really well as well as looking great. 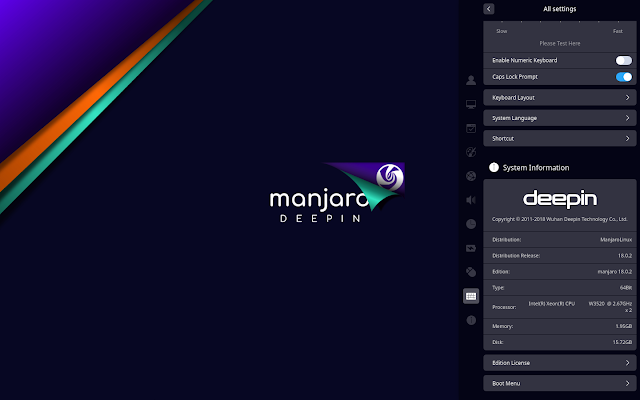 The Deepin Desktop Environment or DDE includes a whole bunch of its own apps, most notable of which included here are Deepin Music and Deepin Draw.

The file manager is reasonably decent, certainly better than nautilus, though still not quite as full featured as my favourite file manager, Dolphin. I'm a KDE user mainly, so being qt-based it should work well with my favourite KDE apps, the slight issue is by default KDE apps will not be in a dark theme, and K3b and Dolphin looked rather too bright without a dark theme.  I wasn't able to install the right bits of KDE to theme it, without installing all of KDE. I suppose I could logout, switch to KDE, set the theme to Breeze Dark, logout and then log back into Deepin.  The Gtk apps I installed such as  were a mixed bag, some came up dark, others were still bright, like VLC. 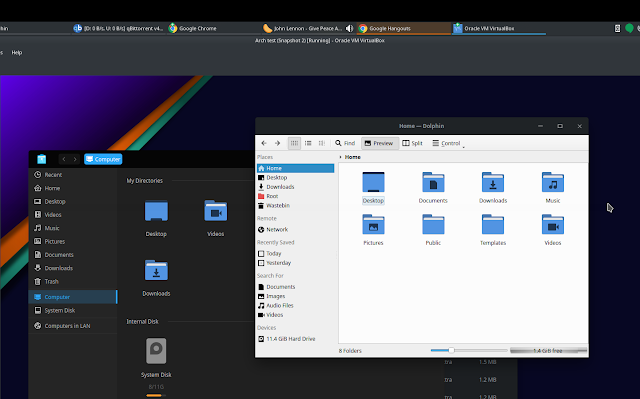 Sadly, judging by this post on the Manjaro Forum, I think Manjaro Deepin will probably be dropped by Manjaro devs since there's a lot of bugs, a lot caused by trying to shoehorn a desktop that is meant to run on a regular release based distro onto a rolling release distro.


So, overall, the Deepin desktop is easy to use, fairly lightweight compared to most full desktops and has a much saner desktop setup than Gnome, but I don't think it will replace KDE as my desktop of choice, particularly as I would have to do a lot of messing about to get it how I want. It might however suit some users. The main issue with Deepin of course is finding the right distro to run it on if you do not want to use the actual Deepin distro. I think I will give Fedora a go with Deepin manually installed.