I recently acquired a Lenovo Thinkpad X201 from Tech Thoughts contributor Simon Royal, as he has upgraded to a newer and quicker Dell Latitude. This is only the second Thinkpad I have owned, the first being a W500 that had a failed discrete graphics chip, so it sits on a shelf as spares. The X201 reminds me of a smaller version of that, much lighter, and significantly more powerful, having a second gen Intel i5 M520, 2.4ghz quad core CPU instead of a Core 2 Duo and has Intel GMA integrated graphics. Being a little 12.1 inch laptop, it's much lighter than either the W500 or my old E6500 Latitude. 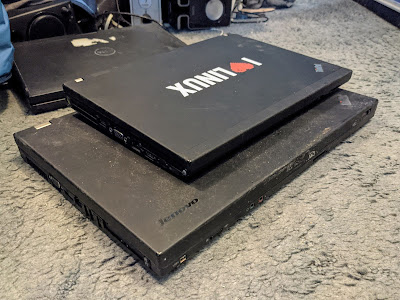 The great thing about these old Thinkpads (and Dell Latitudes) is they are easy to upgrade and replace components, Simon fitted 8GB RAM and a 128GB SSD. And also of course, like the Dell, they run Linux like a champ! 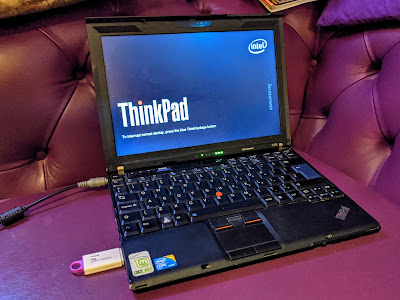 I downloaded my distro of choice, the latest version of KDE Neon User Edition, and flashed it to a memory stick using Etcher. After setting the boot device to USB in the BIOS, it was just a case of installing in the usual way from the live CD installer, which took no time at all. 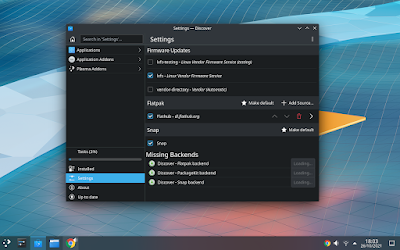 On first boot I was impressed how snappy this thing runs! Neon runs much better on this than my older Dell Latitude E6500. It's a definitly a step up from the older machine. The first thing I did after logging in was disable the silly update on reboot thing that KDE has now, as I detailed in a previous blog post, and immediately switched to Breeze Dark theme. Next I removed snapd and installed Synaptic package manager because Discover is infuriating! 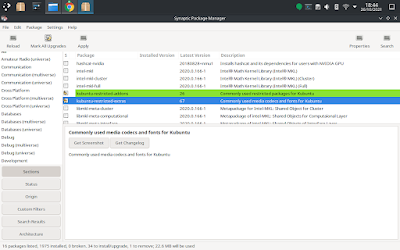 I then installed all my most used apps, such as Google Chrome, Filezilla (FTP client), Soundkonverter etc, and most importantly GIMP. I mostly use my Chromebook for general browsing the net and stuff but GIMP takes a while to start and still does not work properly in Linux on my Chromebook, copy and paste does not work properly for me, so this is one reason why I like having a 'proper' Linux running laptop to hand, with more storage and proper filesystem etc. 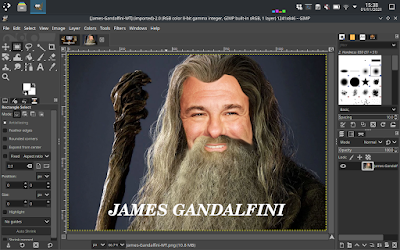 As with all my KDE installs, I use Latte Dock and Papirus icons and Breeze Dark is my preferred desktop theme, and I configured KDE Connect to sync with my phone and other computers. 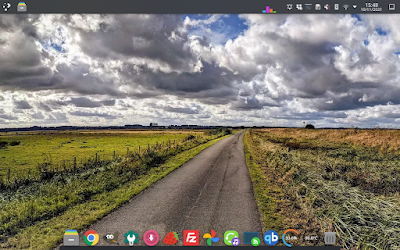 There was a brief hold-up when Launchpad was down for several minutes so I had to wait a bit before I could install Strawberry music player via their PPA. Strawberry is a fork of Clementine, which has not been updated in years. Strawberry is great for large collections and has transcoding and good tag editing support. 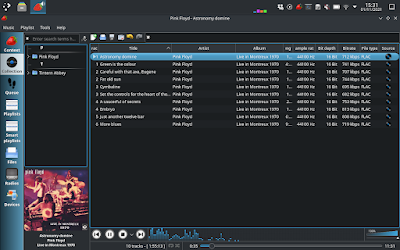 The X201 has the old ThinkLight that lights up the keyboard somewhat, before backlit keyboards became common. It's not quite as good as backlit keyboard but still better than no illumination at all, which none of  my other working laptops have, including my Acer Chromebook 14. 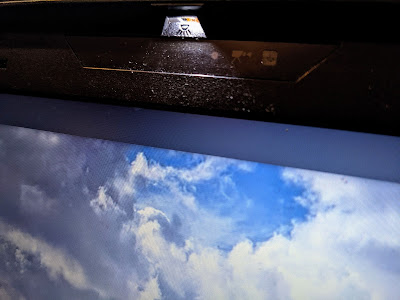 The keyboard is a small but very usable classic Thinkpad design, it's nice to type on, though let down by the very small trackpad, one downside of tiny laptops. It's wide enough but not deep enough so two finger scrolling is more awkward, compared with the large trackpads on larger or more modern laptops, like my Chromebook, so I mostly use a USB mouse. I prefer using a mouse for image editing anyway. 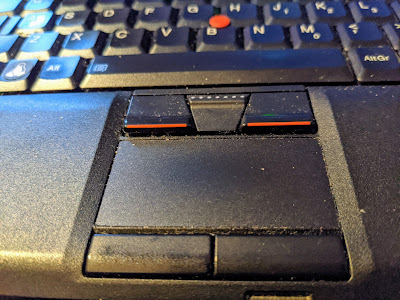 I disabled the Nipple Mouse (TrackPoint) in the BIOS as I have never got on with it all and it stops me accidentally moving the mouse when catching it while typing. The screen is not bad but not quite as nice as my Dell, and whoever first purchased it specced the lower screen resolution version too, it's typical for a base spec business grade laptop. It does go quite bright if you want it to but I tend to have it less than half brightness. 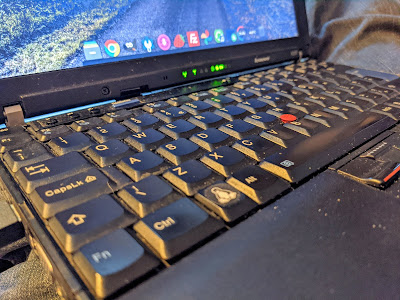 I mostly use the X201 for a bit of browsing and making memes in GIMP while relaxing on the sofa, plus other stuff that is not possible (or very difficult) with a Chromebook, such as a bit of audio transcoding with Soundkonverter, and it performs just fine at those tasks. At times lately it actually feels snappier than my Chromebook, probably helped by the 8GB RAM, compared with only 4GB on my Acer Chromebook 14. Obviously with it's 4 cores it performs audio conversion significantly faster than my old C2D Dell Latitude, so overall I really am quite pleased with it, it's a fine little machine for its age. 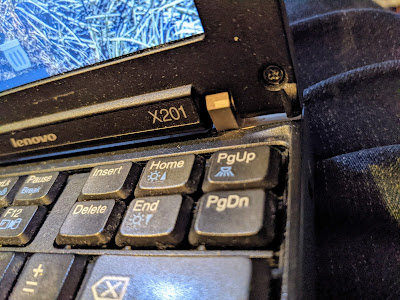