Ubuntu 10.10 (codename: Maverick Meercat) was recently released at 10:10am on 10/10/10. I upgraded from 10.0.4 on my HP nc4400 notebook (2.0ghz Core 2 Duo, 2.5GB RAM, 120GB HDD) and the upgrade went very smoothly. After upgrading all I had to do was re-enable or re-add my PPAs/ software repositories, including adding the new Medibuntu repo. The main things I noticed immediately are slight changes like tweaked login screen, "Ubuntu One - Syncronize this folder" in the Documents folder and the nice new font, so I decided to install Maverick in Virtualbox to experience a fresh install. 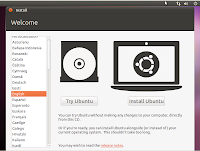 After the the live CD has finished booting you are greeted with the new installer. It is even simpler to use than it was previously. As usual you can try the live desktop or start installing straight away. 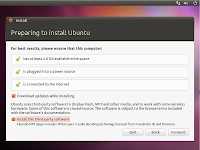 Next up Ubuntu now has a check list to ensure a smooth install. Also tick "Third Party Software" and you get mp3 playing 'out-the-box'! Also very useful is being able to download updates while installing which saves a bit of time. 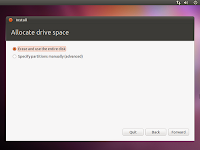 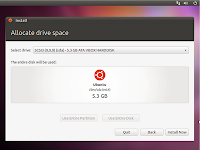 ..and next a confirmation page, last chance to check your settings before your hard drives are formatted... 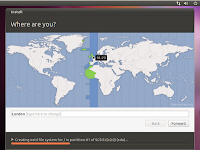 User Settings: Here is where I noticed that Ubuntu starts installing whilst you fill in your details, which saves time yet again. After choosing keyboard settings, username password, the installer moves on to.... 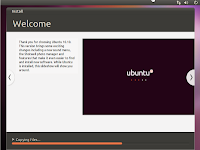 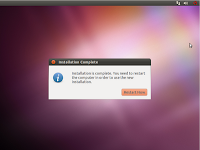 And soon after (install on a fast machine can be as quick as 10-15 minutes) it's time to reboot into the install. 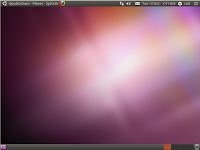 After a sprightly boot-up this is the fresh Ubuntu desktop. Not sure about that wallpaper but it's much better than the one seen previously during the beta. 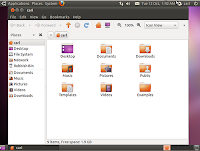 The window controls are still in the 'wrong' place!

This is fairly easily sorted though. Do CTRL + F2, type "gconf-editor" and press enter. Navigate to Metacity -> general and then double click on the entry beside "button_layout" and change it so it looks like the screenshot below. Alternatively you can also switch to an older theme like Clearlooks that uses the normal button arrangement. 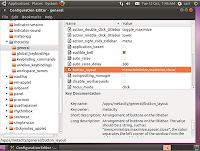 I have to say on trying a fresh install, this is the smoothest Ubuntu install I've experienced and possibly one of the smoothest OS installs out there. I'm starting to notice new little things like the waste basket/ trash is now the Rubbish Bin (in UK language settings) and I love the new font. The new sound applet is better than I expected, much improved over early versions, I might actually find it useful now with Rhythmbox. Hopefully it will eventually work with my favourite player Gmusicbrowser at some point. Also I notice deb files now open with the Software Centre by default.

My only niggle is that since I upgraded my laptop, it has upgraded Deluge to version 1.3.0, which isn't in the Deluge PPA, which means it won't connect to my Deluge daemon on my server, since they have to be the same version. I'm keeping my server on the LTS release so I'll see if I can downgrade my laptops Deluge client. At the moment I can make do with using the web interface instead. Update 14/10/10: version 1.3.0 has now arrived in the Deluge PPA.

Many of 10.10's new features are under the surface and on an upgrade from 10.0.4 it's harder to spot them at first. On a fresh install though you can see that a lot of work has gone into making it as easy and smooth as possible. I'm going to explore 10.10's features as I go along on this laptop but I'm keeping my desktop on 10.0.4 and servers which will only be upgraded when the next LTS arrives.

That review was spot on as I found it to be the case when I fresh installed on Sunday.

That's a blinding review mate :) just upgrading my laptop now, thought I would have a read of your's while I wait for it to do. I thought the beta was good but I have to admit, the full release is alot better though :)