My brief flirtation with the Kubuntu 11.0.4 KDE4 desktop

I used to love KDE, back when I first used Linux, in the KDE 3.5 days. After a brief flirtation with Red Hat 9, I used many distos with the KDE desktop such as Mepis and Vectorlinux (a Slackware derivative) and last of all Kubuntu, until KDE 4.0 was released. I got tired of KDE since the KDE 3.x on Kubuntu at the time was getting buggy so I switched to Gnome and have used it ever since. Just recently with all the Unity stuff going on quite a few users have been trying out KDE4 again. So, just on a whim, maybe just out of boredom, I thought I'd try the KDE4 desktop. 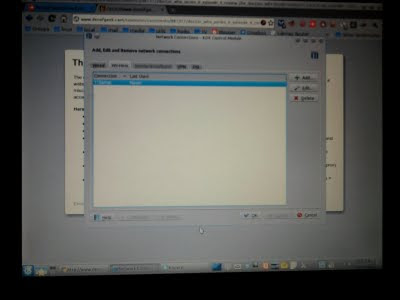 Installing KDE4 on the Ubuntu desktop only took about an 80MB download and not long to install using sudo apt-get install kubuntu-desktop. I selected GDM when prompted since that's what I prefer, rather than KDM. After a short time I logged out of 'Ubuntu Classic' and into the Kubuntu desktop. Login took what seemed like a long time and with many errors, such as the the desktop effects were 'too slow' and so were disabled, strange since compiz works perfectly fine on Gnome 'Classic'. I had to wait awhile for the messages to subside and I noticed when I ran Kopete, I had no net access. I did not see an error message for this and couldn't see a tray applet. The tray looks pretty cluttered and messy. I had to scour the menu and search for 'network' and after several goes I found the KDE network config tool that I needed, which is a sizeable thing just to configure my network. It worked though. I also had to deal with the "KDE Wallet" which I've always hated since the KDE3.x days! 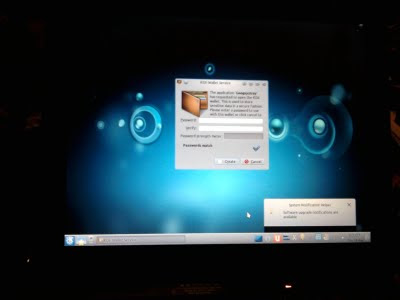 I managed to get my wobbly windows back by enabling effects with "ALT+Shift+F12" and they were OK, also it did not seem obvious how to change the default KDE4 theme, since the grey looks a bit tacky. Talking of shortcuts, my laptops Fn keys didn't work, as i wanted to lower the screen brightness, they work just fine in Gnome. I also found the widgets and 'new activity' thing a bit confusing at first. I added a few widgets and liked the Facebook widget. A lot of widgets look a bit big, at least in their default size on my small screen. I do like the way you download widgets without having to go to a web page in the browser. I don't like the default browser, Rekonq, it's a bit too minimalist for my liking even more so than Chromium which is OK for a quick browse but I'm mainly a Firefox 4 user. 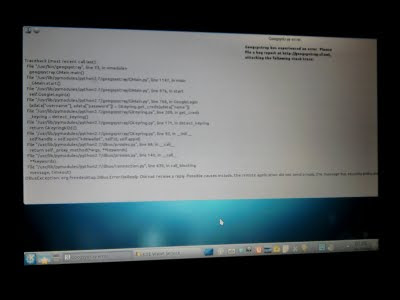 My overall impression of KDE4 is that it's a bit messy and cluttered, at last on a 12 inch screen. Settings and buttons seem to be all over the place. I'm also not keen on that main menu, not helped by it's resemblance to the menu that Suse introduced. Perhaps a fresh install might have avoided the numerous errors I was getting but in the end I removed the Kubuntu desktop and went back to Gnome after about 30 minutes of KDE4. To remove KDE4 completely I followed the instructions at the bottom of this page.
Posted by Carl Draper at 19:00