Some observations I have made while using Kubuntu 14.04. Part 1 is here.

For some reason, my networked HP Laserjet 2600n printer installs without me having to choose the driver in Xubuntu and Mint Cinnamon, but not in Kubuntu, where the driver appears to be missing. I solved this problem by installing hplip-gui (the graphical tool for HP Lip) which downloads and installs the correct driver. 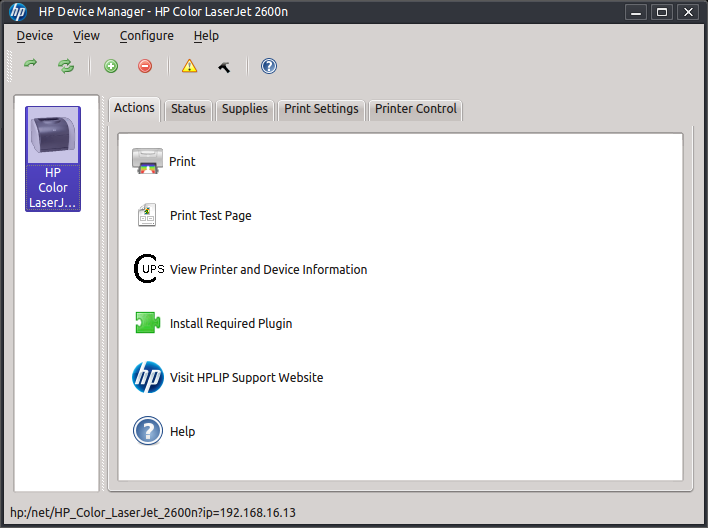 The Copy app started OK but the interface is quite sluggish and at one point got confused when I set it to only download certain files on this machine, it then went on to download the whole lot, greater than the size of the HDD on this laptop, not a good idea! Deleting the Copy folder and Copy itself and running it again seemed to fix it. 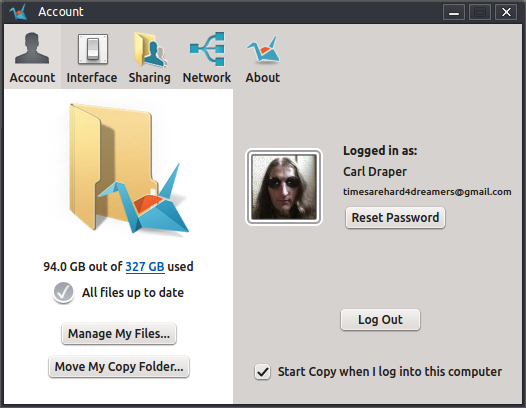 Dropbox works OK apart from it does not integrate into Dolphin, the KDE file manager, so there's nothing to show what's happening in the file manger. 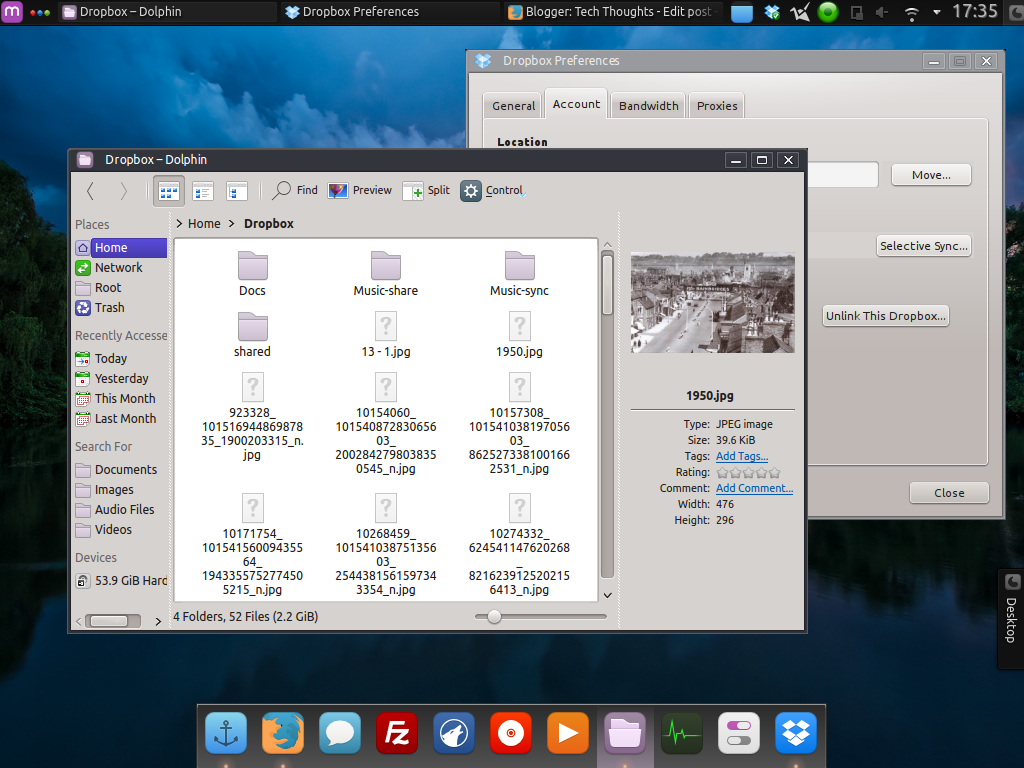 This is KDE's default IM client, also known as Telepathy, it works OK but I find it annoying that KDE Wallet always asks me for my password, and it's the only app so far that does this. I remember having this problem on KDE3 but only when I had autologin enabled, if I recall correctly. Also I am really not keen on that Indicator/tray icon! 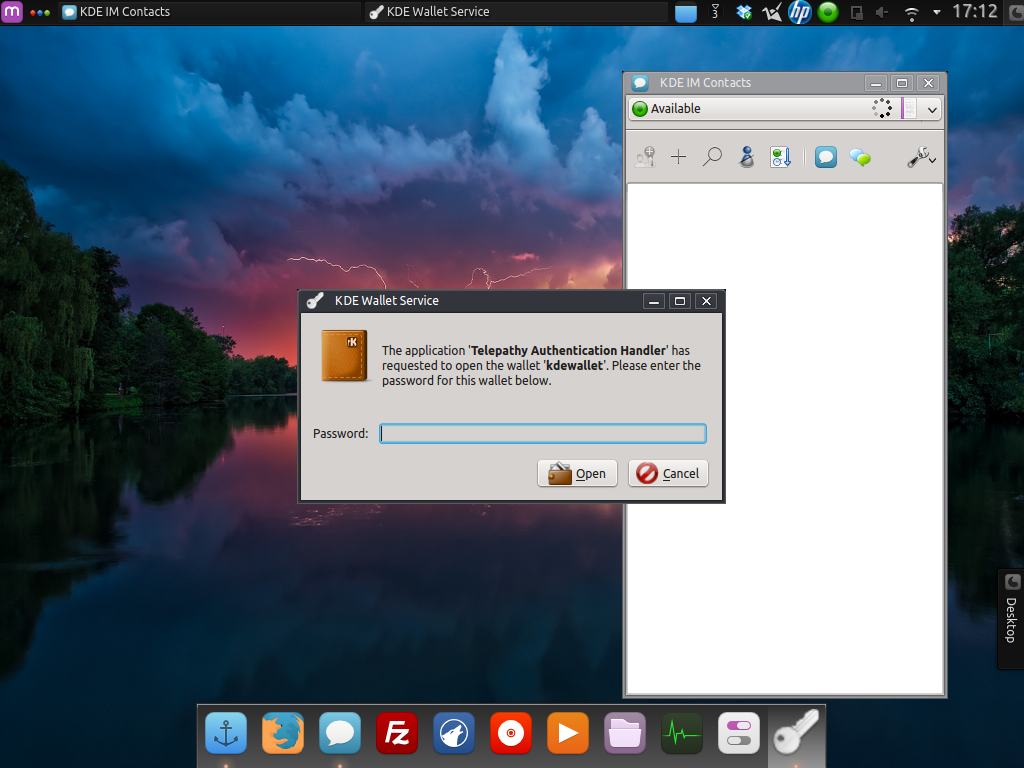 One thing that I am quite impressed with is the progress of Gwenview image viewer. I have not used it for years, probably since KDE3, and I have to say it has become a very decent photo viewer, good for quick crops and other edits, better than Gnome's default viewer.﻿ 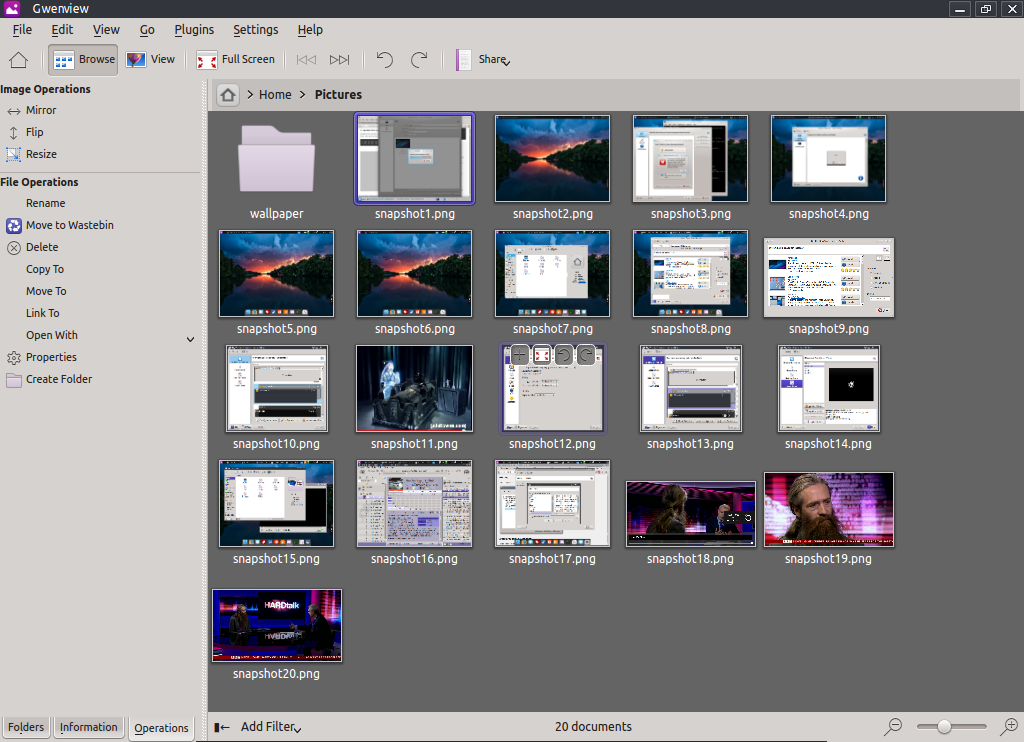 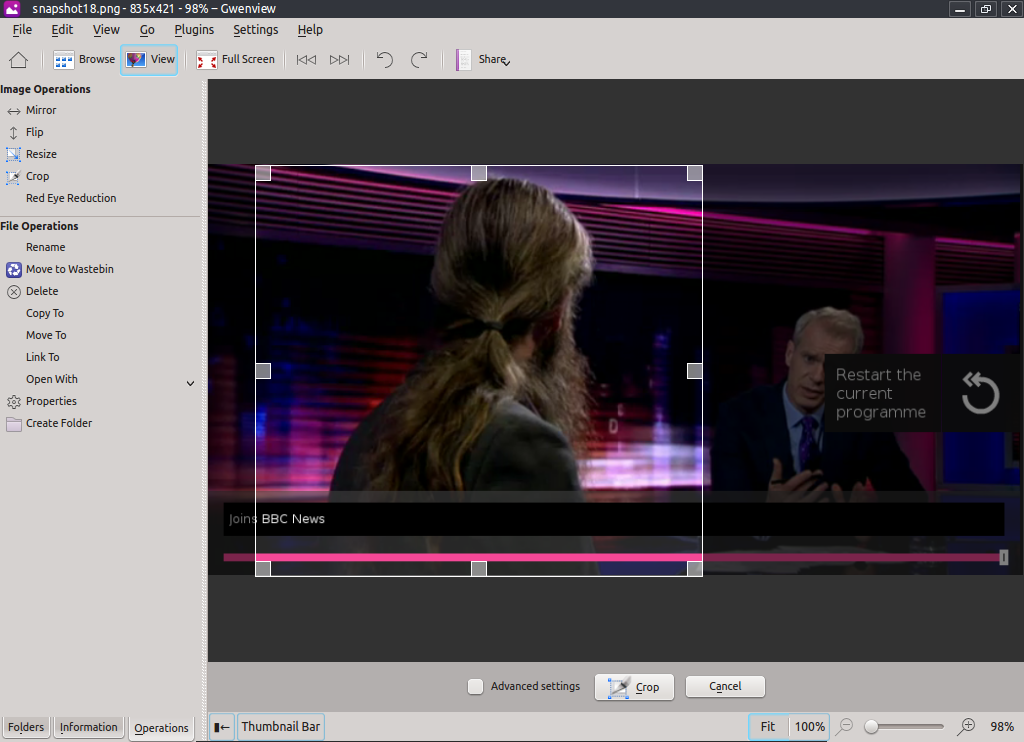 Usually I use either LinConnect or PushBullet to show notifications from my Galaxy S3 (which runs CM11) on my desktop, but KDE has KDE Connect which is easy to install from the default repositories, just install the kdeconnect package. It has a nice configuration tool too, found in KDE's System Settings and was very easy to setup. It does seem to be more reliable (and easier to setup) than LinConnect and it does not need a browser like PushBullet. 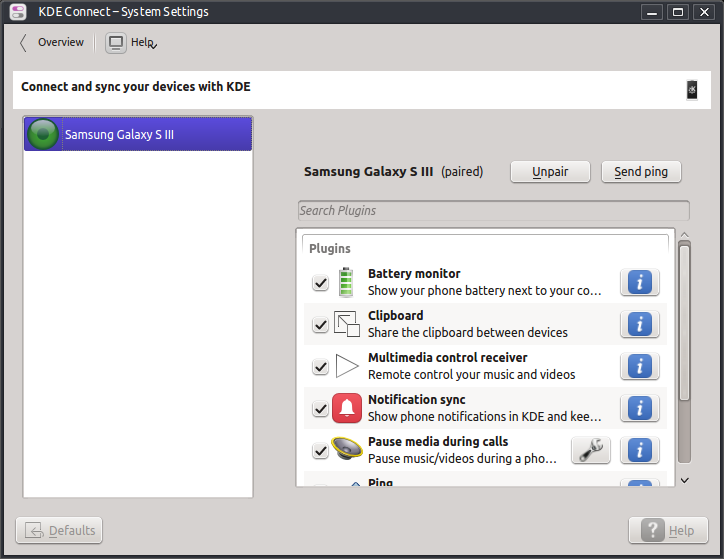 I used to love Amarok back in the KDE 3 days, then it went through an overhaul and took ages for it's third party add-ons to catch-up, and I really wasn't keen on the versions I tried a year or so ago. However in Kubuntu 14.04 it does seem to have improved a lot, it runs quite smoothly on my low end laptop. Having said that, I have not tested it elsewhere with my large collection of mp3s. Unlike a lot of other players that work fine in many different desktops, Amarok works best in it's native KDE. 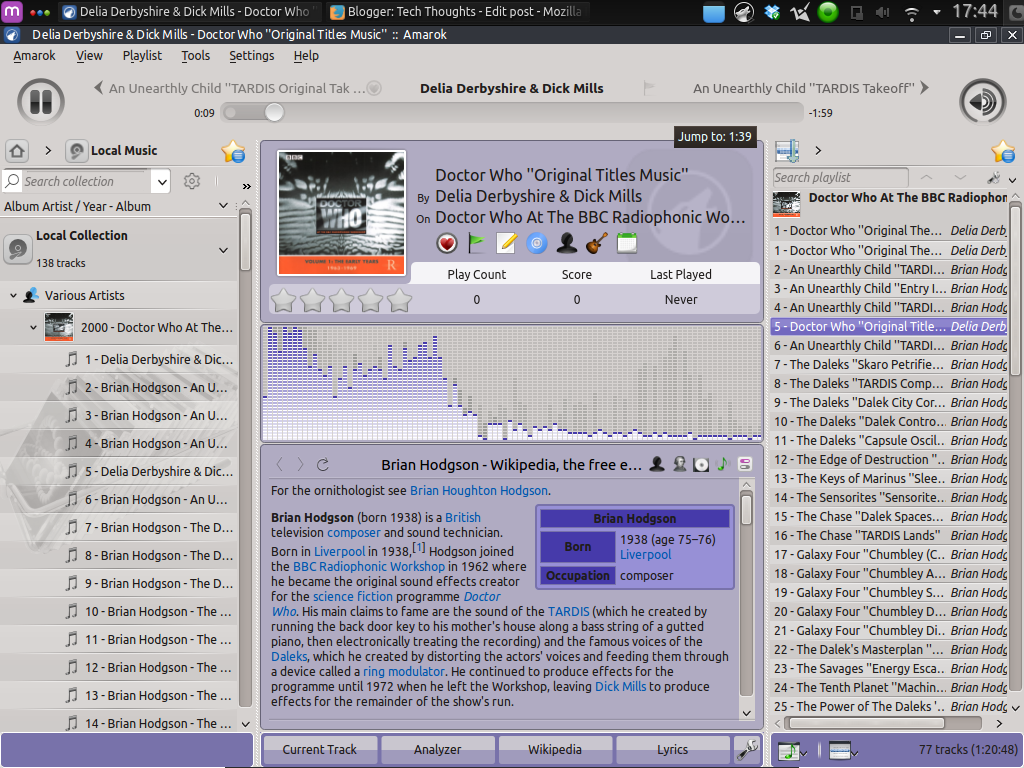 I am surprised how much I have got used to Kubuntu, and it is a reasonably usable desktop, apart from the time it takes to get it setup how I want it, and a few little niggles. I shall keep it on this laptop for now, but I don't think I'll use it on my main desktop yet, unless Cinnamon becomes completely unusable.
Posted by Carl Draper at 10:21