First a little background. Most of the first Linux distros I ever used had a KDE 3 desktop or had it as an option, and I preferred it to Gnome 2 at the time,  regularly used Mepis, Vector, Fedora, Slax amongst others. I was a regular distro hopper back then, but I stuck with KDE 3 until just before KDE 4.x then I switched to Gnome 2 on Ubuntu 7.10 (on my desktop) and XFCE on Xubuntu (on my laptop). Late KDE 3 got a bit buggy for me and once i started using Gnome 2 regularly, I started to prefer it, and I used it right up until Ubuntu switched to using Unity by default. I did briefly try Gnome Classic but it was never the same, so I switched to Xubuntu on desktops and laptops, and then recently Mint Cinnamon (desktop and 2 laptops) and Xubuntu (lower end laptops).

So I have not really thoroughly tried Kubuntu or any KDE desktop for a while and every time I did I found it a little annoying to use, and the default themes distros generally use do not help either, especially Kubuntu. Even the default KDE theme on Fedora isn't very nice and besides I always end up going back to *buntu or Debian based distros as that is what I am used to and know how to use and tweak. Just recently though, since 14.04 came out, I decided to try using Kubuntu on one of my laptops and really try to use it every day, to see if I could get it the way I want it. Here's how Kubuntu looks by default: 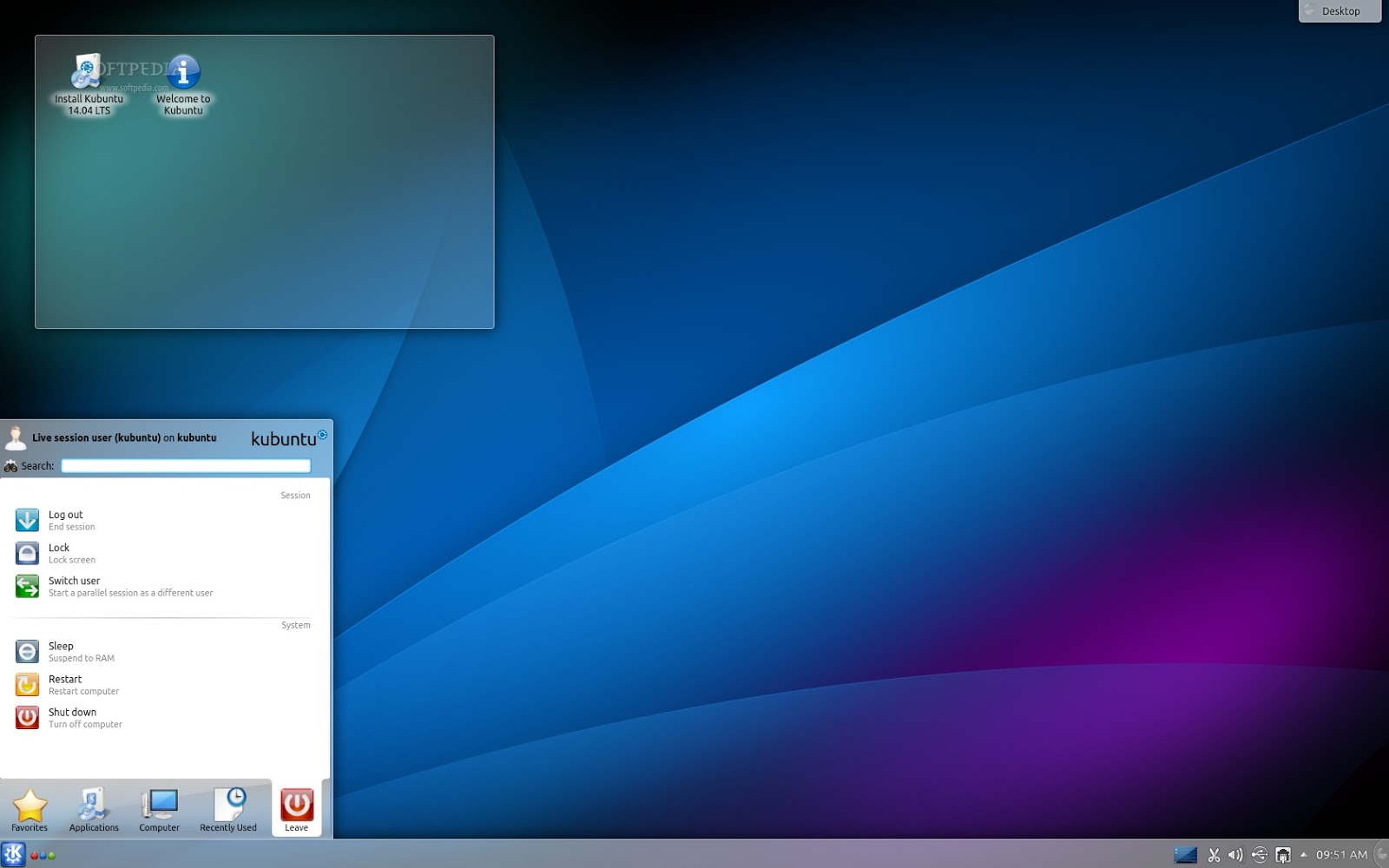 First thing I had to do, was change that hideous default look somehow and remove that shiny folder thing! KDE has lots of settings to customize the entire desktop environment. At first KDE was also quite sluggish on this Dell Latitude D520 which has a 1.6ghz Core Duo CPU integrated Intel graphics and 4GB of RAM. It ran much better once I had disabled all the snazzy desktop effects. This actually makes KDE more bearable for me as I cannot stand the horrible shiny bling and great big drop shadows under windows, always reminds me of Ja Ja Binks in the Robot Chicken Star Wars special, by default KDE is all "Me-sa all sparkly glowy!" - and equally annoying!


I tried various themes and icons and finally settled on Moka icon theme, Chrome Dark window decorations, and Opaquity Desktop theme. I also set the Splash Screen to Minimalistic and also set the desktop wallpaper and Login screen to the same image.  I've also tweaked the colours too. 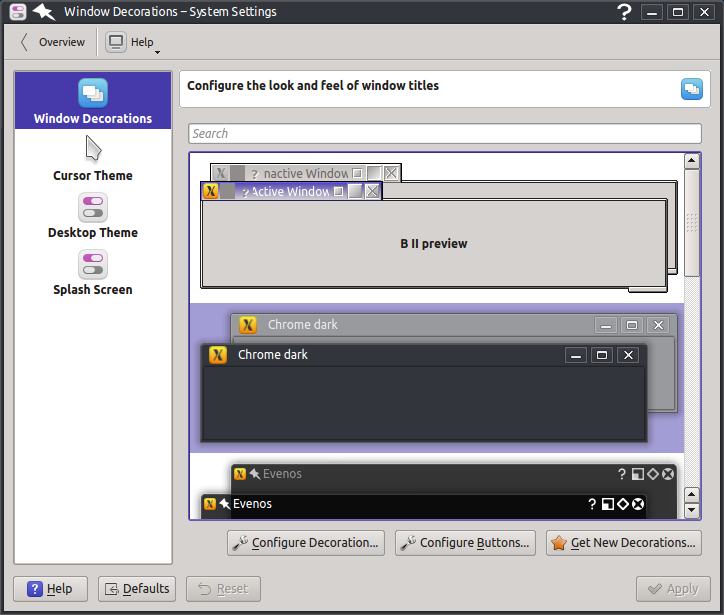 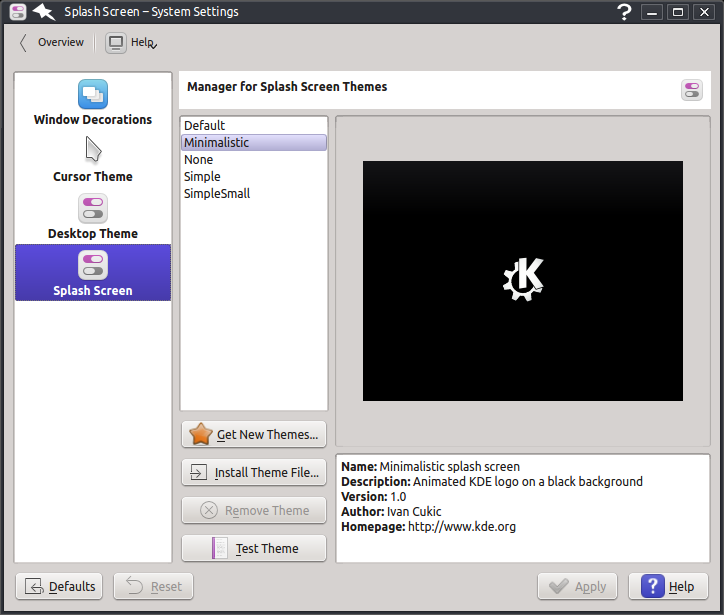 Layout-wise, I have moved the main panel to the top, made it smaller to give me more desktop space, and I think it also looks much nicer. Instead of a lower panel I always like to have a dock. My favourite is Cairo Dock but it merely crashed out in KDE on this laptop, so I installed Plank (aka Docky) instead and gave it permanent shortcuts for all my most used apps. I found this little list of stuff to do after installing Kubuntu quite handy. I stuck with Firefox as my default browser, though I might install Chrome too at some point. I also installed Yakuake drop-down Quake-style terminal, similar to Guake that I usually use.

One thing that I found a little annoying is KDE uses an "Activities" thing that I don't really like, and I found it took a bit of digging to work out how to add another workspace and set the default shortcuts for switching between them using Ctrl + Alt + left/right cursor, which is default in pretty much every major DE I have used. 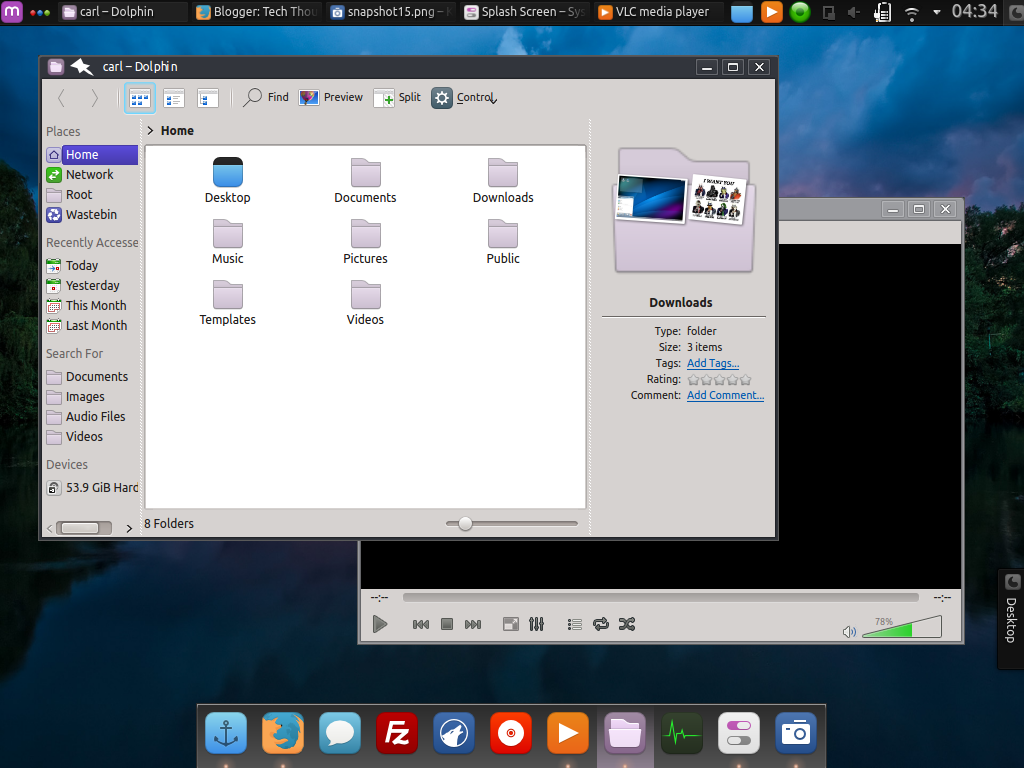 KDE is pretty much a tinkerers paradise and although I used to enjoy that part, these days I prefer to actually use my desktop after no more than 30 minutes or so of configuration. I have spent a lot more time than that just trying to get KDE to look and work how I like it. With my main desktop I use Mint Cinnamon and all I usually do, appearance-wise, on that is move the panel, install Cairo Dock and change the icons, that's all I need to do. KDE needs a lot more tinkering to get it how I want it. Here's how my KDE desktop now looks after I login, as you can see I like a nice clean desktop with no icons or clutter, just a panel and dock. I shall keep using Kubuntu on this laptop for awhile and see how things go. 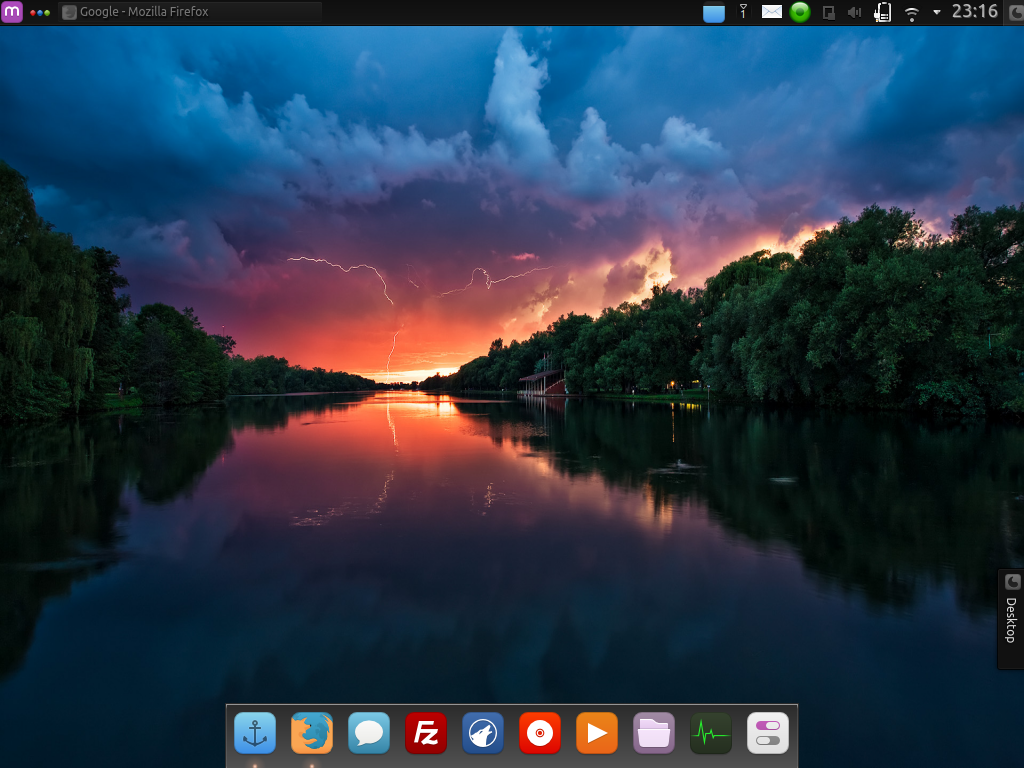