Motorola have always produced good hardware. In 2013, Motorola released a new range of budget, mid and high end Android smartphones. The Moto G was a mid-level handset, but how could this handset hold up almost 5 years after release, in a world where technology is so fast paced. 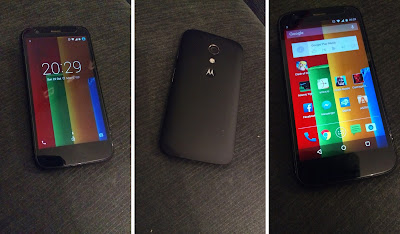 It doesn’t however feature a MicroSD slot for extra storage, although various revisions were subsequently released with the addition of 4G and a MicroSD slot.

My son was in an urgent need for a phone recently and I picked him up a Moto G very cheap. Our entire household has newer Moto G handsets so I knew they were good, reliable, built to last and offer excellent bang for your buck.

The Moto G features similar hardware to the Moto G2 (same processor, same GPU and same RAM), but packed in to a smaller shell. It shipped with Android 4.3 ‘Jelly Bean’ and was upgraded to Android 5.1.1 ‘Lollipop’.

So how does this aging handset handle in 2017. Moto G handsets have always performed way above others in the same price bracket and this goes in their favour for longevity.

My son has been using his for about a week and has actually fallen in love with the ‘little’ handset. The small screen size may put some off, and compared to the 5.5” on my Moto G4 this sure does seem tiny, but it is perfectly useable for every days tasks.

Besides screen size, does this phone have enough grunt to keep up. The short answer is yes. It is never going to play massive games, but the lack of SD slot for storing apps or media is going to limit the app/game collection anyway.

It is running Lollipop which runs smooth, fast and stutter free and is a joy to navigate around. Apps load and run quick. Testing average apps such as FaceBook, Messenger, Astro File Manager, Chrome and GMail all opened virtually the same time as my G4 with the G being less than a second behind. Playing Carmageddon on both, the G was a few seconds behind on loading screens, but game play was exactly the same speed and smoothness.

A side point. The G tops at Lollipop and although the G2 has almost identical hardware received Marshmallow. The G on Lollipop runs smoother than the G2 on Marshmallow.

As a phone it is as expected. Good signal strength with excellent call quality, and the 2070mAh battery even though I suspect is the original still holds up superbly and lasts just as long as newer phones. My son easily gets a day and a half out of it, which he could push to two if used lightly.

One area that struggles today is the camera quality. The 5 megapixel shooter is a touch focus and lags behinds todays 12+ megapixel beasts but in 2013 it was pretty decent, especially for a mid-range handset. The front camera is an ok 1.3 megapixel for selfies and video calling.

The lack of SD card slot could be an issue if you like storing a lot of music. One work around which works in Lollipop but is broken in Marshmallow and up is USB OTG. Plug in a USB device with music stored and you can access these in Play Music, but in Marshmallow and upwards they seemed to revoked this access to Play Music and any third party app - so are only playable file by file in the built in file manager (not even third party file managers).

It all comes down to what your needs are. But the average person doesn’t use all the modern new gimmicky features or will only use them a handful of novel times and then go back to using the same basic functions of a handset.

The Moto G despite its age is still a great handset, capable of keeping up in 2017 and capable of keeping a teenager happy. Its small size, tiny price tag - of under £30 - and amazing build quality still makes it a great choice as long as you know its limitations. 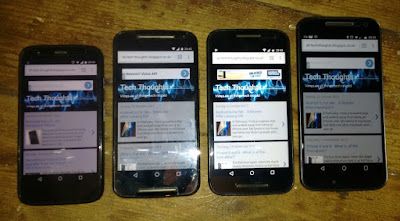