Motorola Moto G4... Why I Am Keeping Mine

In February 2017, I switched from an iPhone to Android. I bought a Motorola Moto G4 and compared to my aging iPhone, this thing screamed along. The 5.5” screen, octa-core processor and 2GB of RAM were decent specs and its £159 price tag was half that of a used iPhone. 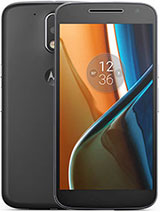 The Moto G4 was actually released March 2016, so is now coming up for two years old. The Moto G5 was released March 2017 but with a smaller screen than its predecessor, it also benches lower so I decided not to upgrade. The Moto G6 is due to be released shortly, but unless it offers serious improvements I will be holding on to my G4 for some time yet.

Looking around at other handsets from other manufacturers in the sub £200 price bracket and I was thoroughly disappointed with what was offered. Could a two year old mid range handset like the Moto G4 really be better than what is currently being offered?

The Samsung Galaxy J3 2017 and Sony Xperia L1 both have a measly quad core processor, while the Nokia 5 and LG K10 2017 have octa core processors and all feature 2GB RAM.

All of the above feature 16GB internal storage, 13mpx rear camera and 5mpx front facing camera and have Android 7.0 Nougat. While some may have or get the 8.0 Oreo update, some may not and my Moto G4 isn’t going to get it either.

On a side note I was shocked to see low priced sub £50 Android handsets such as the ZTE Blade A110 shipping with Android 5.1.1 ‘Lollipop’ and the Alcatel OneTouch Pixi 3 3.5 even ships with Android 4.4 ‘KitKat’ an OS released in 2013.

Nothing in the same price bracket as my Moto G4 offers much if anything more than I am getting now - and considering my handset is now a two year old model, it really shows how much ‘bang for your buck’ you get from a Moto G handset.

My family all own Moto G handsets. My daughter has a Moto G, my son has a Moto G2, my other son has a Moto G3 and both my wife and I have a Moto G4. They are cracking phones offering far better specs and speed than comparably priced handsets. 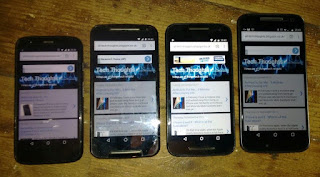 Even two years on the Moto G4 is a superb handset. It has never caused me any issues, never let me down, is still super fast, does everything I need and the 3,000 mAh battery lasts forever.

The upgrade from Marshmallow to Nougat didn’t caused any slow down and is a real shame it won’t see Oreo - but having the latest version isn’t that important in the Android world.

It is by far the best handset I have ever owned, a joy to use. On the used market you can pick them up for about £70 which is an absolute bargain.