From Mac To Linux... I Think I Am Ready

I have really given the move from macOS to Linux Mint serious consideration over the past few weeks. I had a previous blog entry and even an article on LowEndMac expressing my loss of interest in Apple recently. This has been a gradual thing, that has been ramped up lately. 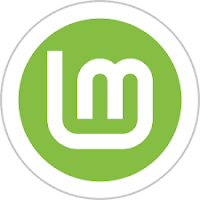 I’ve dipped in and out Linux for years, but now I am eager more than ever to play with the penguin.

First step is familiarising yourself with the linux environment, something I am quite OK with but further time will increase my knowledge. Using Mac operating systems for over 20 years you get very comfy, so switching is going to be a little weird. Just the little things like keyboard shortcuts that have come natural for years will be different.

Luckily Linux isn’t too dissimilar to Mac, in the keyboard shortcut area and many others it is a hybrid between Windows and MacOS.

The second step - and a very important one - is to ensure whatever you use your computer for can also be achieved in Linux. So I made a list of the apps installed on my Mac and started checking them through.

Here is a list of apps that have exact versions for Linux:

So I just needed to sort the rest of them out.

Android File Transfer is a Mac only app for copying from Mac to Android. This isn’t needed in Linux as most of the time it is just drop and drag.

BBEdit is just for code writing and editing, which can be accomplished by using Sublime.

Bean is just a simple word processor which can be achieved with anything, such as
OpenOffice or LibreOffice. Burn is a CD/DVD burning software which I haven’t found a direct alternative for but won’t be difficult. (Editor's note: K3B is probably the best DVD writing app on Linux). Cyberduck is an FTP client which I can use FileZilla for.

Reaper is a music production suite, which has a Linux version but it is an experimental version.

VideoPad is a video editing tool for combining various videos and addition effects and transitions, this looks like OpenShot will cover this.

The three main stumbling blocks are iMovie, iTunes and Photoshop.

iMovie looks like it will also be covered by OpenShot too, iTunes can be substituted for Clementine.

So the final one is Photoshop. This is a big no no, there is no Photoshop for Linux and nothing really matches the Adobe behemoth. The closest you get is GIMP, which is a fantastic image editing program, but not an exact match. You could possibly install a version of Photoshop using WINE, but that is a complicated and very straight forward process.

So it looks like from a software point of view I am all sorted. The move from Mac to Linux should be a painless process and I can do everything I do now.

The final step is picking the correct hardware. As much as I have fallen out of favour with Apple, I do love my MacBook Air. It is a tiny, thin, lightweight, 11” workhorse and the thought of using a huge chunky black plastic machine again does not thrill me. Also, my Mac might be 8 years old but the hardware in it is still decent - and more powerful than some of the budget new laptops on offer now.

So I would be sensible to either dual boot Linux Mint alongside macOS on my Air or go for broke and wipe off macOS altogether. The latest Mint should swing along very nicely on an i5 with 8GB RAM and 256GB SSD. Alternatively I could try and find a non-Apple device that looks like my MacBook Air, but that would require spending money and why do so when I already have a decent laptop sitting here. 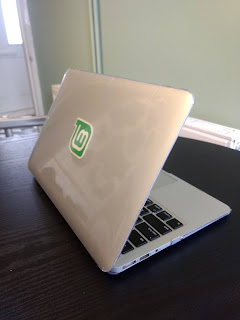 The next few weeks will be a great experience and a huge change in direction for me. I am sure there will be a few bumps in the road along the way, but nothing that cant be sorted out without too much stress.