I have not really used Samsung N145 netbook in ages since I got my HP Chromebook 14 but I was playing around with Cloudready and couldn't get it to install. Since I had already wiped Xubuntu I decided to try something else. A friend of mine reminded me that Peppermint Linux is still around, and I had not tried that in ages either, so I thought I would give it a go. Peppermint is a heavily customised version of Ubuntu/Mint Linux and LXDE desktop with a smart dark default theme and nemo file manager. Install is in the same sort of way as most Ubuntu-based installers and I had it installed without a hitch. On using it installed for the first time it does feel quicker than Xubuntu and now the screen brightness keyboard shortcuts actually work!

Peppermint comes with a minimal set of locally installed apps - just the basics - Chromium browser (with DuckDuckGo search as per Mint), VLC media player and nemo for file management. It has the same update system as Mint. Peppermint also have added some web app tech to "... put web applications on an equal footing with locally installed apps by allowing them easy integration into system menus, and delivery to the desktop via SSB's so they mimic locally installed applications." I have installed Chrome, Firefox, Gmusicbrowser, Guake and Filezilla so far and moved the main panel to the top where I prefer it. It feels lighter than Xubuntu and much more polished than LXLE, I'd definitely recommend this distro as a possible Windows replacement for old netbooks like this one and for other low end PCs. 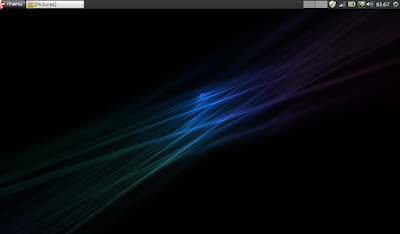