Rockbox On My Sansa Fuze

Recently I tested my Sansa Fuze to see if it is gapless using Dark Side of The Moon by Pink Floyd. It's not only a great album but also almost all the tracks follow on from each other without any gaps. I was disappointed to hear a small but noticeable gap between tracks, so I decided to install Rockbox on it. Rockbox is an alternative firmware for many different digital audio players. 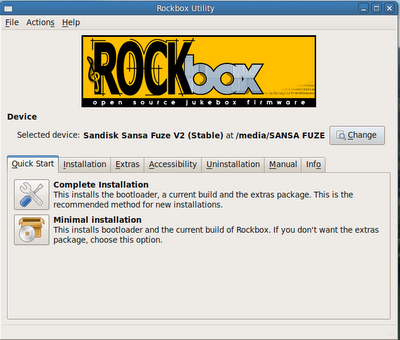 To install it you download and install the rockbox utility for Linux, OSX or Windows. Then plug in your player, fire it up and it should auto-detect which player you have as long as it's supported. Then click 'Complete Installation' or 'Minimal Installation' if you're short on space or don't want to install everything. I chose the complete option. Rockbox comes with lots of plugins and themes, I went for the Cabbie theme. 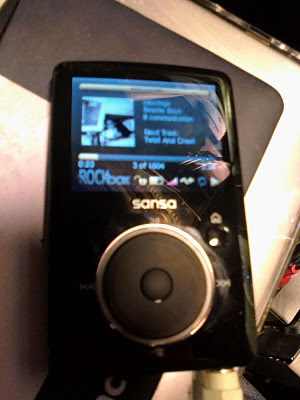 For the Sansa Fuze you need the bin file from the original firmware for it to modify as it dual boots the original firmware and Rockbox. Once installed it should now boot up in Rockbox. I noticed though that you need to shut the player down before plugging into the computer, for when you need to add tracks, so that it boots into the original firmware. The computer doesn't 'see' the player while it's booted into Rockbox. Once you safely remove the player (right click and select 'safely remove' in Ubuntu) shut it down then start it up again and it should boot back into Rockbox. So my Sansa Fuze is now gapless and has extra apps and themes, and can play even more codecs. I'm rather pleased.

Update
I've also found one useful feature of Rockbox is I can now log all my played tracks with Last.fm using a choice of different scrobblers, at the moment I'm using dap-scrob.

I noticed every now and then some tracks I didn't recognise and discovered Sansa had already put some tracks preinstalled on the player. These have been added using MTP mode and you can see them in Rockbox in Files --> ##MUSIC#. I found the only way to delete them is to set the original firmware into MTP mode then open up Rhythmbox or similar player that can use MTP and order the tracks by date added. The tracks I dragged 'n' dropped had no time but the pre-installed ones do, hence easier to track down and delete.
Posted by Carl Draper at 19:30 No comments: