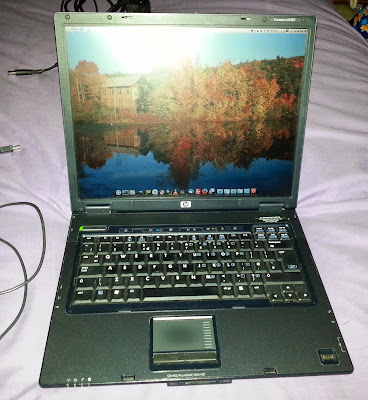 I have just bought a HP nc6320 very cheaply, and it came with 1GB RAM and Windows XP Pro, which of course I immediately wiped out and installed Mint 16, Cinnamon version, (MATE desktop is also available) after upgrading the RAM to 3GB by adding a 2GB stick. It will take 2x 2GB sticks but I don't have another spare at the moment. I chose Mint 16 because Cinnamon desktop stopped working properly on Ubuntu on my old desktop, and I also bought a Dell Precision 390 workstation and Mint 16 installed and works very well on that, so I decided to give it a go on this, especially since I already had it ready to go on a USB stick.
Installation took around 10 minutes and almost everything seems to work nicely out the box. The only thing I cannot get working at the moment is the fingerprint reader, though I'm not trying too hard, it's not exactly that important to have for me. Wireless works out the box, as does Bluetooth, just make sure to press the Wireless button on the top row above the keyboard to turn it on. Suspend/Resume works perfectly and the 15" screen gives a 1400 x 1050 pixel resolution. Not surprising it all works I suppose since HP originally certified it to run Suse Enterprise Linux Desktop 10. The nc6320 feels fairly sturdy and has a reasonable keyboard and screen. I also appreciate the internal DVD writer it comes with. I do hope it lasts longer than the nc6120 I had awhile back though, which developed a motherboard fault. I've not tested the battery but since it's probably had a hard life the 1hr 37mins estimated is probably correct. 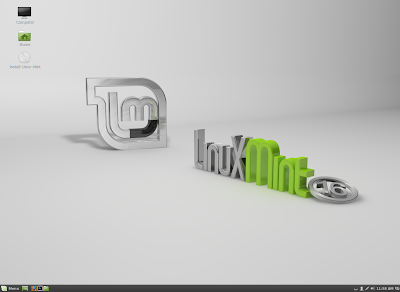 Mint 16 has a great out-of-the-box experience overall, the login screen looks swish and of course various codecs are already installed and the main theme is sensible. Well, except I don't really like green that much! I have installed Humanities-Zukitwo icons and Radiance gtk theme (from the repos), which I think look good with Adwaita Classic Cinnamon theme. I have also set it up in a similar fashion to my main desktop with inverted panel at the top and Cairo Dock at the bottom of the screen. Here's some more screenshots (click to enlarge): 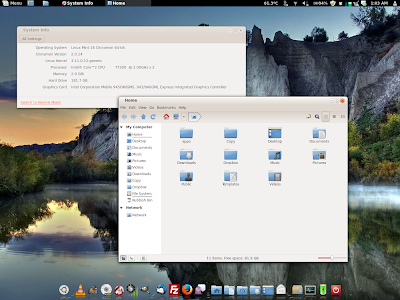 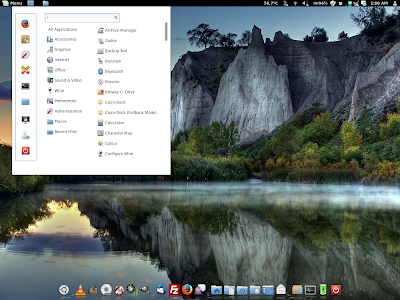 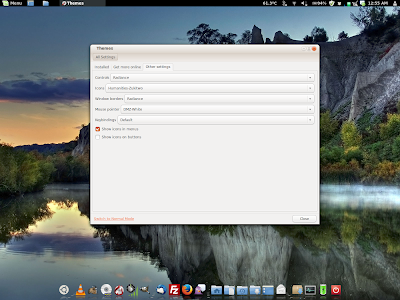 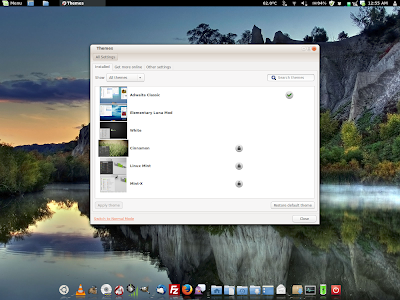 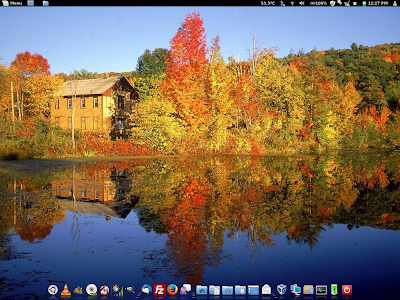