I recorded a some videos of the 'Rockin The Park' classic rock event at Clumber Park on Friday night, using my Motorola Atrix and I'm very impressed with the video and particularly the sound quality. Here's a couple of them:

From HTC Hero to Motorola Atrix

I've just upgraded from my HTC Hero to a Motorola Atrix. It's second hand but is in very good condition, and the 4.0-inch 960×540 screen is beautiful! The only sign of previous wear are some very tiny scuff marks on the battery cover. 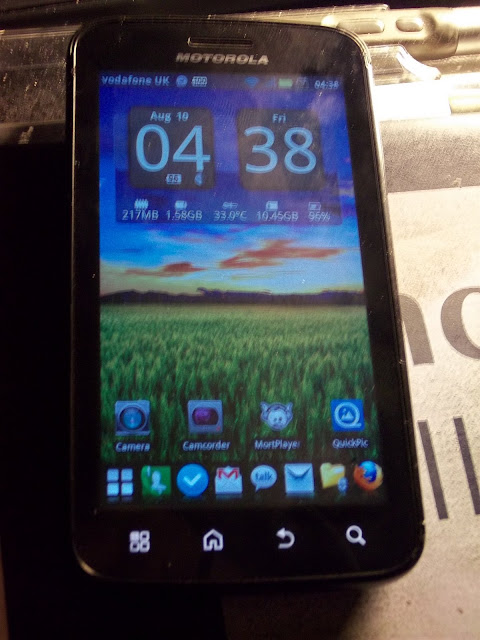 The Atrix is quite a leap in performance from my HTC Hero! It has a 1Ghz dual core Nvidia Tegra 2 CPU, 1GB of RAM, 16GB internal storage and a microSD card slot that supports up to a 64GB card, though i have a 32GB card that I was using in my Hero. All of this means it can run plenty of apps including some reasonable games.  I can now finally watch and record (720p) HD video and do other stuff much quicker than before. I know that many of you probably have fairly decent phones and this is normal to you but for me it's a new and awesome experience! 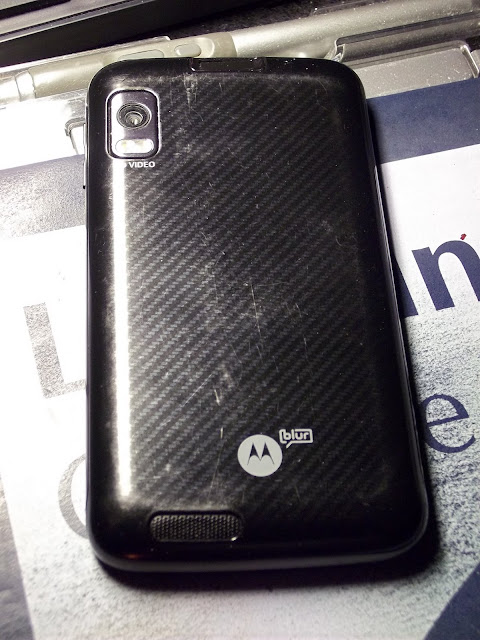 The Atrix runs Android Gingerbread has quite a few Motorola specific apps and widgets installed. One thing I do like is the Social app that's useful for Facebook since I don't want the awful official app installed. I wasn't keen on the original launcher so I replaced it with my favourite, Zeam which I'm used to from using it on my Hero. I used to run Beautiful Widgets on my Hero but it doesn't seem to be compatible with my Atrix so I scouted round for an alternative and found Sense Analog Clock Dark which works nicely and fits well with the default theme and wallpaper I found in the stock list of backgrounds. It can show system info and also weather, but I prefer to use the Weather widget that's preinstalled. I'm also using the handy Power Widget Lite to turn on/off wifi, bluetooth etc. Firefox is now my default browser, it works well and the sync feature is very useful. Here's a screenshot of all my workspaces:

The Atrix's rear camera does 5mp stills and up to 720P video, with a firmware upgrade it will do 1080p. I'm very impressed with the quality of the video and audio recording. It also sounds reasonable coming from the speaker(s?), I was watching a YouTube video earlier that definitely seemed to have reasonable bass to it, and sounded a lot better than the awful speaker on my Dell D430! It also has a reasonable front facing VGA camera for video calls which works well with Google+ Hangouts. I like the way in Hangouts you can switch to the rear facing camera with just a finger tap.

Here's a photo I took earlier it was a nice sunny day: 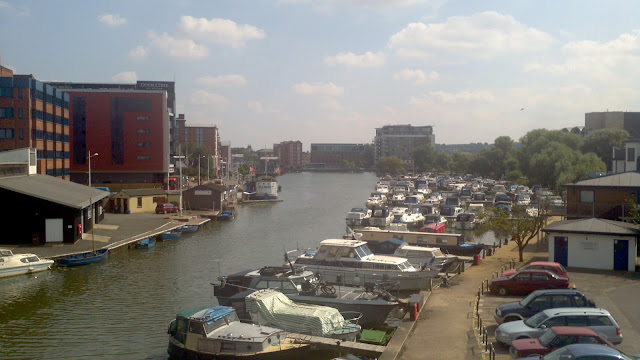 The only thing I don't like about the Atrix is it seems to take a very long time to charge the battery, not helped by my urge to pick it up every 5 minutes! I think various apps and background processes are probably chewing up the power too while I'm not using it. It's quicker to charge if I just turn it off.  Also it arrived with an awful third-party PSU that was only 500mA, which also seemed to produce a jittery effect with the screen when the battery was very low while. Fortunately the cheap charging dock I ordered came with a decent 1000mA PSU with USB socket and cable so I'm using that. I also bought a nice and cheap wallet-style soft case which gives it a little protection, though it's slightly annoying having to remove it to put it in a dock. I'm also considering buying a new high capacity battery since they are very cheap on E-bay (£6-10)

One thing I really like is the power button that also doubles as a finger print reader so you can unlock just by swiping your finger which, with practice, I've found to be quicker than tapping in a code or pattern. 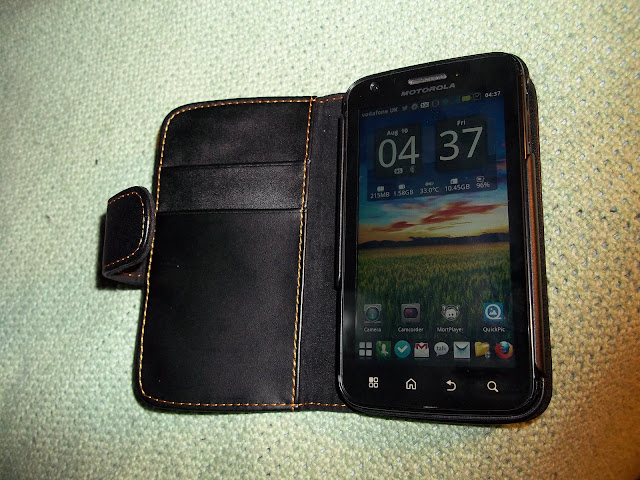 This brings to me to my favourite feature of the Atrix, the ability to connect it via the multimedia docking station to a HDMI input on a TV or monitor and use a USB mouse and keyboard to use it like a PC. Even better is the Lapdock or laptop dock that turns it into a lightweight laptop. Arstechnica did a good review of the web-top type experience with the Atrix and Lapdock so I don't need to go through it too much here but when I can afford it I'd definitely like both of these accessories!

I've also rooted the Atrix using Pete's Motorola Tools which makes it relatively painless experience. Although I'm tempted to install CyanogenMod on it, I'm not sure absolutely everything works with CM installed, and apparently it will get an official ICS upgrade soon. Anyway, it's great to finally have a phone that only came out last year, that's fairly powerful and should hopefully last me awhile.
Posted by Carl Draper at 18:09 No comments: