iPhone 7 And The Removal of The Headphone Jack.

So, yet again Apple makes an incremental update to their iPhone range with ever so slightly tweaked design, slightly faster CPU, better cameras and removal of the headphone port, supposedly allowing better quality audio, but actually a ploy to eek more money on accessories, such as their £159 AirPods, and whatever sludgy sounding overpriced crap (Apple-owned) Beats produce these days. And it still does not have wireless charging, which Apple will probably debut that on the iPhone 8, call it new and "magical" and use their own particular incompatible format. 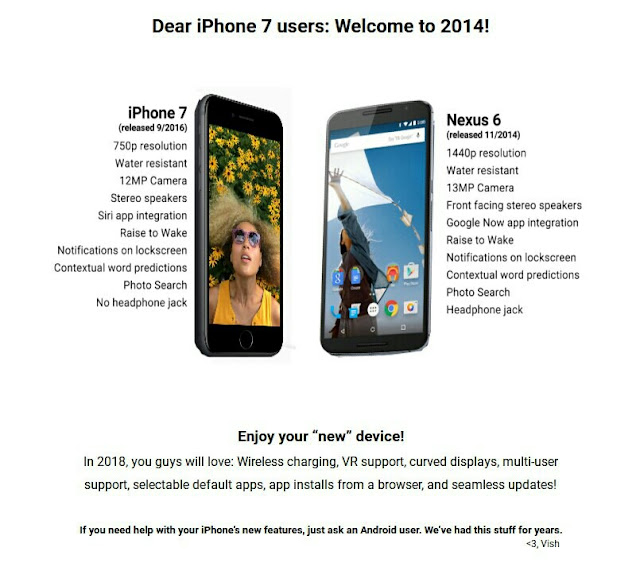 I keep hearing the same arguments by various tech people that removing the headphone jack is no big deal because we used to have phones that had proprietary adaptors for headphones. Those people seem to forget that every device maker had proprietary connectors for charging or headphones so you ended up with a box full of all these different cables. Nowadays, all chargers are Micro USB or USB C, except Apple. We don't want to go back to the dark ages of tech! If you are stuck somewhere without a charger or headphones you can usually borrow a charger off somebody or pop into a pound store and get a micro USB lead or ear buds in an "emergency". And headphone makers will have to have work with Apple to get their Lightning and wireless headphones working with the iphone 7 (and maybe not working with non-Apple devices). I doubt the overpriced wireless AirPods will work properly with non-Apple devices either. 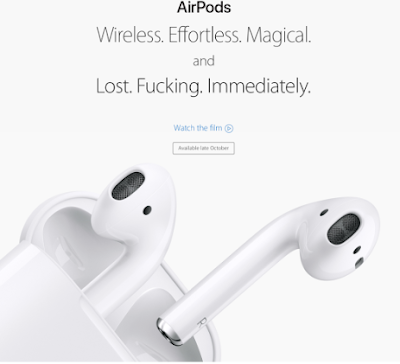 The use of a Lightning port to analogue adaptor cannot really improve audio quality (since analogue is still the destination) and Bluetooth headphones just aren't up to the quality of decent wired headphones. Plus the headphone jack component was pretty tiny and maybe could have been moved back to the top of the device instead. And although headphone jacks can break with abuse, they are still tougher than the awful quality of Apple Lightning cables!

I have also heard the argument that removing the headphone jack helps with making the iPhone 7 water resistant, but other device makers seem to have no trouble making their devices water resistant without removing it. iPhone 7 users who want to use wired headphones while charging their device will have to buy an adaptor from Apple (£49) or elsewhere, and not lose it. iPhone users tech lives must be all about buying and (not) losing adaptors!

Meanwhile, outside of the Apple Reality Distortion Field..

Of course the recently released Motorola Moto Z had  beaten Apple to it and debuted with a lack of headphone jack earlier this year, not that is a feature to boast about. Sadly Motorola are a shadow of their former self ever since Lenovo took them over. I have a 2014 Moto X, their last really great non-Lenovo device.﻿

The day before Apple's event, at a fairly dull, lower key, event, LG announced it's V20 phone with high quality quad DAC audio output, fast onboard modem, 4GB RAM, and fingerprint scanner. The specs are great and it's actually an innovative device compared with the iPhone 7. It brings it's 4 camera setup to the V range and keeps a removable battery, SD card slot, second screen along the top, and still has a headphone port! It's DAC includes a dedicated headphone amp too. The only thing I don't really like with LG is their skin over Android, but it is impressive to see it's the first Android device to ship with Nougat out the box. Having a massive SD card would be useful in the device for those who like to travel with lossless audio and for recording high quality UHD videos, which LG have added "Steady Record" electronic image stabilization (EIS). They have also improved the manual camera settings, including volume input levels on the HD stereo mics. It's also pretty tough device as it has a body MIL-STD 810G Military spec Transit Drop Test rating. Also, I am not sure whether it'll actually appear in the UK, since the V10 didn't.

But it's Apple that usually get all the publicity, particularly from the mainstream newspapers (for example BBC and The Guardian) who usually fawn over the new iDevices, though with the removal of the headphone jack, that has taken centre stage in the press. Only time will tell how well the iPhone 7 goes down with the public, though of course there always seems to be a hardcore Apple fanboy following that will buy it anyway, even at the higher prices they are now here in the UK. I can only hope sanity prevails and the removal of the headphone jack really won't be a trend for future Android devices.