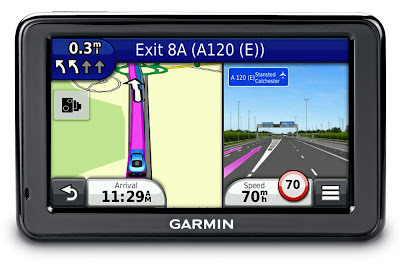 I've been helping to setup a Garmin Nuvi 2445 SatNav for a friend, including updating the maps and planning some custom routes, and I've found the process to be a little frustrating. To check for map updates and OS updates a browser plugin from Garmin is needed, but it does not support Firefox on Linux but works with Firefox on Windows and OSX. It also thankfully supports TenFourFox on OSX PowerPC. I updated the software on the device using it but then it needed Garmin Express, which has to be one of the worst programs I have ever encountered. It only works on Intel Macs or Windows and it barely seems to work! I tried about a dozen times and it still failed to download and install the latest maps. Having Googled around for a bit I found out that the older Garmin software, Map Updater, is more reliable, though sadly Windows only, but I finally managed to update the maps.

Next up I needed to export a route from Google Maps to the Garmin. For a few days or so this worked fine, just had to go to Google Maps, make a custom route, click Link, then Send and select Send to GPS. Then suddenly yesterday without warning, Google Maps lost the GPS option. This has meant looking for another way round it. I tried other online maps services but none of them worked the way I wanted. 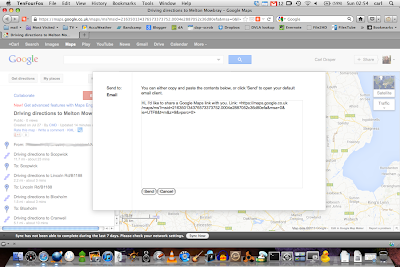 With a bit more Googling I have discovered Tyre To Travel, and a useful how to on YouTube. Sadly it's still Windows-only, and does not work in WINE (despite what it said on their website), so I'm still looking for a possible Linux option. 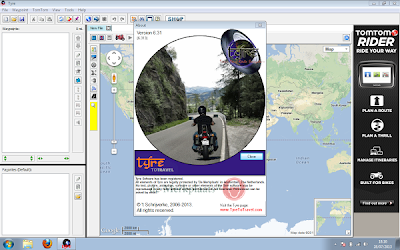 The Garmin Nuvi device itself has actually worked well with custom routes, the key to having working custom routes is having plenty of Waypoints, otherwise the device figures it's own route out. Once you have them exported over, you need to go to Apps, route plotter/planner and load the one you want. When Google Maps had the export option, the Garmin plugin sent the route to Favourites too but not so with other software. Interestingly, the OS of the Garmin seems to be Android based, a custom version of Froyo or Gingerbread judging by the lockscreen. It's just a little annoying that for a company that uses a Linux-based OS that they have yet to release any software for desktop Linux, or at least make their browser plugin OS-agnostic. At least my Powerbook comes in handy as it can at least access the storage of the Garmin, which for some reason does not show up on Linux.