Awhile back I bought a first generation Motorola Moto G XT1032, while I was looking for a replacement phone for my infuriating Galaxy S3. It was pretty good, apart from the camera was pretty abysmal. I then sold it and the S3 and bought a Nexus 5, which has been mostly superb, except for quite poor audio during video recording. I have in the last few weeks also been missing having a second device. It's handy when out on my long walks to have a backup device with a good battery and half decent camera. I found a good condition second generation unlocked Moto G XT1072 LTE in a secondhand shop. 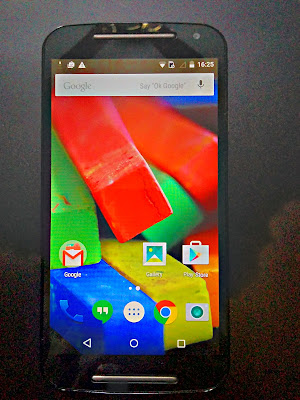 The 1072XT has a nice bright 5 inch IPS LCD display at 720p resolution which still looks pretty good compared to my Nexus 5's 1080p 4.95 inch IPS+ display. There's a headphone socket in the centre at the top and charging port at the base, also in the centre. On the right hand side there's a power button and volume rocker underneath. They are a bit further down the side than I expect so I often find I miss them since my Nexus 5's power button is nearer the top. it's as if they made the device bigger but kept the buttons in the same place. 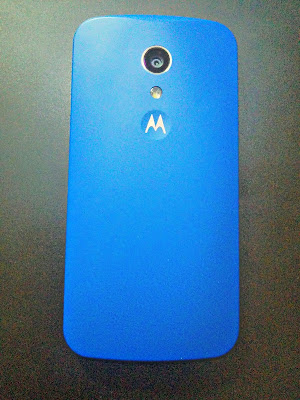 On the back is Motorola's trademark 'M' dimple which I often like to rest my index finger into. Above that is the LED flash and 8MP camera, a major step up from the poor 5MP camera on the first gen device. The back is removable and there are are some different colour backs to choose from. Mine is a lovely royal blue colour. 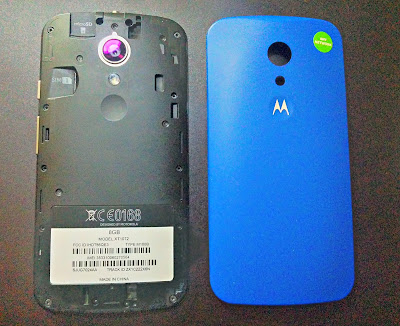 The XT1072 does feel significantly heavier than my Nexus 5, you really notice when it isn't in your pocket. It does feel solid though and the back cover sits tight against the front portion, enough for it to be water resistant, which is handy considering I was taking photos in the rain the other day! The buttons all feel solid too, no wobbles.

My second gen device arrived with Lollipop 5.0.2 and there should be a 5.1 update fairly soon and hopefully it should get Android M not long after release, judging by previous Motorola update schedules.

On first boot, you sign in like most Android Lollipop phones, but with an added section called Motorola Migrate that allows you to migrate your data from another Android device or even an iPhone. After that finished, there were some app updates needed, which were mostly the Google apps, plus the HP Print Service plugin and Motorola Gallery and Camera. It also has an FM Radio. The rest of the OS is pretty much stock Lollipop.

With only 8GB of space I quickly managed to fill it up with apps, until only 1.5GB space left. Luckily, since this device has a Micro SD slot you, can move your photos, music and videos over to that from within settings. You can also move apps to the SD card but you have to make sure the card has a Label. I now have 4.9GB of free space with 3.3GB of apps installed. Not all apps like to be moved to SD card, such as those that use widgets or close hardware links like cameras etc, but it's handy for large games. I successfully installed and moved Goat Simulator on the SD card and it runs just about as well as on my Nexus 5.

Motorola really has got the right balance between stock Android and adding functionality to Android without to the device without adding too much bloat. The only additional apps included are Motorola Gallery, Motorola Assist, Motorola Migrate and Motorola Camera. With a bloat-free Lollipop, I have noticed very little lag, until you really load up it's Quad-core 1.2 GHz Cortex-A7 and 1GB RAM. Naturally it won't be as fast my Nexus 5, as that has 2GB RAM and a Quad-core 2.3 GHz Krait 400 CPU, but it is pretty impressive for the price. GSM Arena has a full list of specifications, listed here.

Battery life from it's 2390 mAh fixed battery has been just as impressive as it was on the first generation Moto G, though it is hard to judge without a sim card installed.

I found the first gen Moto G's 5MP camera really rather lacking, but I have been pleasantly surprised by the 8MP shooter on the 1072XT. Photos only really look a little washed-out in lower light conditions. Here's a sample photo below but I have also made an album of photos on Flickr - mostly taken using A Better Camera app since i find it does excellent HDR photos. Other times I use Google Camera for non-HDR shots. I have noticed that it does take just a little longer to open the camera and take shots than with my Nexus 5. Not really surprising, this being a budget phone with a slower CPU. 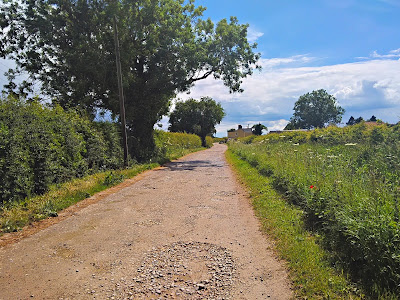 I am not that keen on Motorola Camera since it doesn't have any outstanding features and also when I recorded a video it ended up the wrong way up when playing back, so had to be edited afterwards. However I was impressed with the sound it recorded, using it's built-in stereo mics, it was nice and clear. I have uploaded the video to Youtube and the only edit that has been made is using Google's stabilisation feature, which corrected my wobbly hand movements!


The front facing camera has been improved too, from 1.2 MP (the same as my Nexus 5) to 2.0 MP, though I have not thoroughly tested that yet. The audio quality from the speakers is very good but I rarely use speakers unless I am playing a YouTube video to someone. I generally use a set of Bluetooth headphones for music playback with Poweramp or Google Music, and WAIL Beta for scrobbling to Last.fm.

The second generation Moto G is a good device for it's price, good "bang-for buck" as long as you don't expect a high megapixel camera and premium features such as NFC, wireless charging and huge onboard storage. You get a near-stock Android experience with an update to Android M when it is released. If you need more performance for a bigger chunk of money, go for the Moto X. If you have an even tighter budget there's also the Moto E, but that has no LED flash and lower specs. They are both great phones for newbies or buying them for your kids since they are inexpensive and fairly durable too. Also bear in mind that there are rumours of a third generation Moto G on the horizon, but we shall see. 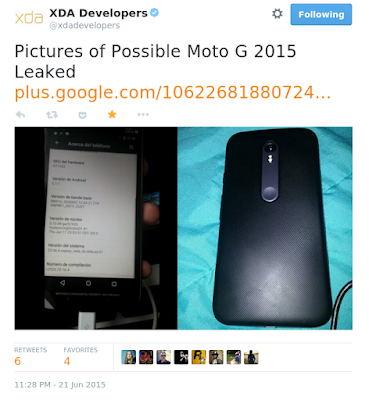