Ubuntu 11.10 (Oneiric Ocelot) is now out, and since I needed to change the hard drive on my Dell latitude D505 (the previous one having serious errors) I thought I'd try a fresh install of Oneiric. The LiveCD installer feels more polished than ever before, so the install started on a positive note. 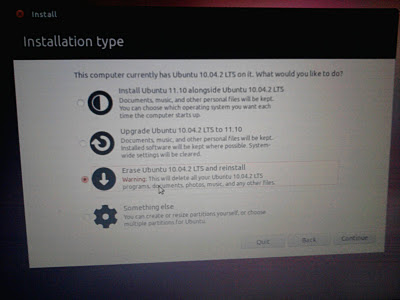 One neat feature is a new screen that gives you the choice of a fresh install, install alongside and now also offered an upgrade from 10.0.4 to 11.10 which used to be not possible unless you installed the inbetween releases too. You used to be only able to skip versions by upgrading from LTS to LTS. The install was speedy as usual, even on this Pentium M 1.6ghz laptop with a Gig of RAM and slow 4200rpm 30GB hard drive.

Once the install completed, I rebooted, or rather i tried to, for some reason it hung on the shutdown. I had to force to power off and start it up again. Some blank screen and a nice Ubuntu logo and then a swish new login screen greeted me. Looks great but it's yet another login screen i have to get used to, after going from GDM to GDM2 then this, LightDM. This probably won't bother new users, however who may appreciate the eye candy but it's annoying to keep having to relearn how to edit and tweak it each time! For instance I prefer to not have the users names on the login screen, it's more secure, one more thing for a thief to guess.
Update: How to hide user list in LightDM


This release comes with the latest Firefox and Mozilla Thunderbird is now default mail client in 11.10, instead of Evolution, and I actually really like it now! It actually works very well, much better than it used to, so much that I may not even install my previously favourite, Evolution. It looks great and it helps that Thunderbird is also my default mail client on my Powerbook G4.

Also on the good side of things, Software Centre looks better, more polished, and works just fine. On the bad side of things, UbuntuOne sync is refusing to sync my Tomboy Notes. File syncing works fine but I really rely on Tomboy Notes being synced, it's ideal for planning my blogposts. This is especially annoying as Tomboy syncing was working fine in previous releases! Another bug I notice for some reason Dropbox doesn't seem to be integrated into nautilus anymore, whether this is an incompatibility with Oneiric or something else I'm not sure.
Update: Oddly this only occurred on a fresh install, worked fine on upgrade from 11.0.4 to 11.10 after deleting the dropbox-dist folders. 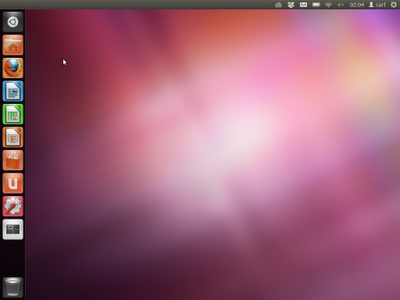 Sadly the most annoying change in this release is the lack of a "Gnome Classic" login by default. It is possible to install it, as in this post, but it's more like Gnome3 Fallback which, as I've mentioned in a previous blogpost, I'm also not keen on this either! It just isn't quite like Gnome2 enough.

As I've said in a previous post, I'm not keen on Unity, it really stifles my productivity! I like being able to see and use more than one app at the same time and if i wanted a big-buttoned tablet-optimized interface I'd use a tablet OS like Android! 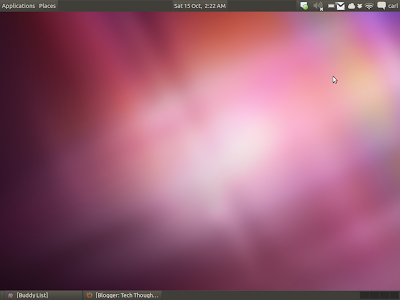 Thankfully, there is another option.....


Xubuntu To The Rescue! 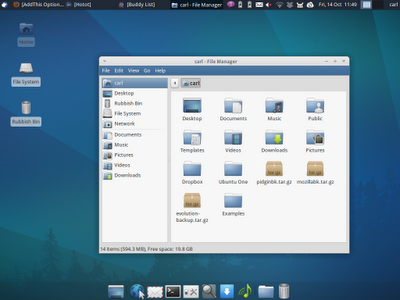 After putting up with Unity for around 30mins, I could take no more, I installed the Xubuntu desktop (sudo apt-get install xubuntu-desktop). I have not used XFCE in awhile and was quite surprised how much smoother and slicker it is. It feels like a much more traditional, saner desktop that Unity/Gnome Shell. Some things are still a little confusing at first like adding items to panels. You have to right click, add items, add a launcher, then right click the launcher, add item, search for the app(s) you want and add them. Xubuntu by default uses two panels, the top one has the XFCE menu, open apps, and Indicator tray, MeMenu, clock and session menu. The lower panel is set up like a dock that auto-hides and is set translucent. it's really quite attractive and there are plenty of nice themes. XFCE's System info in Settings looks and works much better than it used to, such as the Background settings allows a different wallpaper each time you log on. I used to use (now defunct) wallpaper-tray app for this on Gnome2. 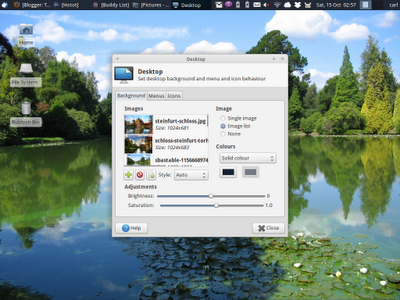 To me, this release is more of a polished version of 11.0.4, but with the disadvantage of not having the Gnome2 login option, and being stuck with Unity. So those who like Unity in 11.0.4 will probably love this release but for those who don't, like me, this release is merely another reason to switch to Xubuntu or another distro. I'm quite happy with Xubuntu for now, as Linus Torvalds said, "it's a step down from Gnome2 but a step up from Gnome3" and it's certainly a step up from the Unity interface! 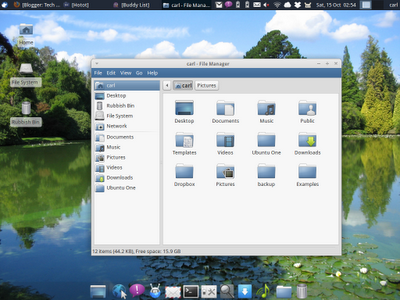