Well, my Mi Band 3 died after almost exactly a year, refusing to charge at all, so I needed a replacement. The Mi band 4 had just come out so I got one of those. Let's hope it lasts longer! The Band 4 arrived in a slim, long box, with little charging cable and instructions. 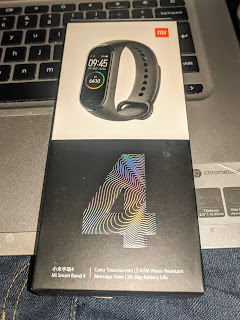 The Band 4 is almost exactly the same size, but the screen looks so much nicer, brighter, much easier to read in bright sunlight. The other main obvious difference is instead of charging from one end, the Band 4 uses a connector underneath and a little cradle to charge, hopefully this works much better for longer. 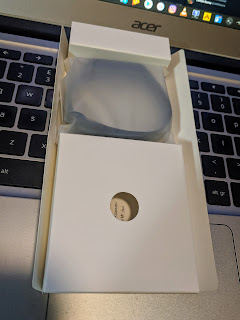 The Band 4's strap is identical to the 3, so you can re-use any of your previous custom straps if you want to. 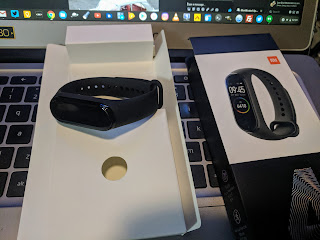 A bunch of new watch faces are available, I chose the third one along in this selection. 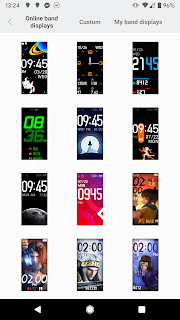 have had the Mi Band 4 now for several months now, and the best thing about it is the battery life, I have regularly been getting over 20 days between charges.

Other than the extra battery life and better screen, it does the same stuff for me as the older model, providing notifications from my phone and counting my steps. I don't use the  heart rate monitor but at least it works, it never did on my old Band 3. If you're after a basic watch for notifications etc and don't want to fork out more money for a  basic Fitbit, the Mi Band 4 is ideal. Hopefully it will last me for awhile. I am considering getting an Android watch as my next upgrade, but not an expensive one.