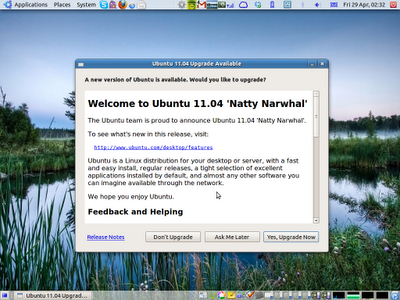 So, Ubuntu 11.0.4 is out, so I decided to upgrade one of my laptops that was running 10.10. The laptop in question is an HP nc4400, Core2Duo 2Ghz, 2.5GB RAM, and a 120GB hard drive. Ubuntu 10.10 notified me of the new release and asked me whether I'd like to upgrade. However I thought I'd check if there was any updates for 10.10 which is advisable before upgrading. lo and behold for there was a large batch of updates ready, surprising really since I only did updates a few days ago. Clicking on Upgrade now then starts the usual upgrade process. It would be nice if they made that prettier since it uses the Root user's theme which is quite ugly. Since I was upgrading over wifi, the downloads took awhile. Ideally I would have used ethernet but then I couldn't sit in a comfortable sofa! 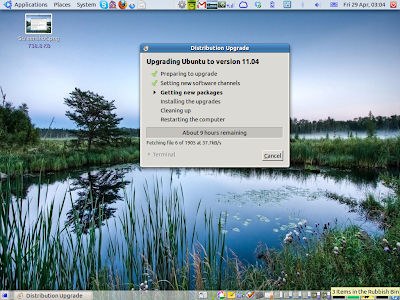 Eventually it finished upgrading and I rebooted to the login screen. I thought I'd give the now default Unity desktop a chance so I logged straight in and was greeted with what looks OK at first glance but doesn't seem to work as smoothly as it should. 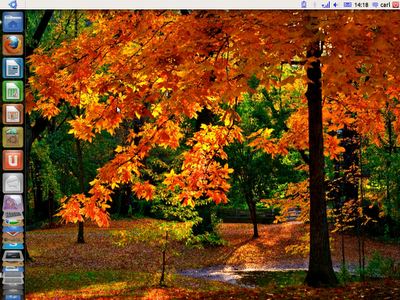 All the application icons that I previously had on my desktop's lower panel have been crammed into the Unity dock, along with quite a few that I don't use that often so I had to remove a lot. One by one. Next I opened my usual set of apps, Pidgin and Hotot, Firefox and a single nautilus window. Nautilus goes full screen, blocking everything else out of view. If feels like a phone or a tablet, how am i supposed to multi-task with every window trying to go fullscreen? I dread to think how I'd use it on a dual monitor setup. And with window previews enabled the Unity dock reminds me of the Windows 7 taskbar, but even more confusing. None of this is helped by various graphical glitches that kept occurring (top left): 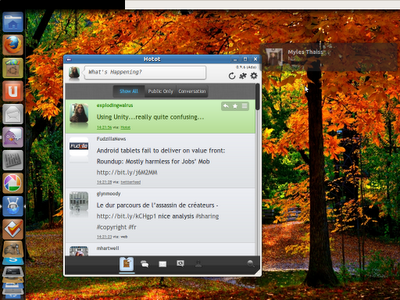 After around 30 minutes or so with Unity, I'd just about had enough, so I thought I'd try 'Gnome Classic'. Only one problem though, presumably due to bugs, I could not find the logout button or any other way to log out and I did not want to force a shutdown, so i had to kill Xorg. Not good. So I logged into Gnome Classic (which you can select at the GDM login screen) and that's what I using now. It's more familiar and usable and I think they should make it the default rather than Unity, which as far as I'm concerned should be reserved for tablets, and isn't ready for prime time. Not sure on the 'good' side of things with this release, other than unity it's pretty much like 10.10, at least in the time I've used it so far. it does have Firefox 4 and LibreOffice by default and which is a good thing, though I already had both installed. Also the Software Center has been tweaked a little with app reviews. Disappointingly, Canonical have done a KDE4 with this release, change for change sake. If they drop Gnome2 in the coming releases, I think I'll install the Xubuntu desktop (sudo apt-get install xubuntu-desktop) and if that runs OK I'll use that, if not I'll go back to 10.0.4 LTS on this laptop and recommend that for new users too. Perhaps by the time the LTS stops being supported they'll be other options or Unity will get more stable or be abandoned. I may also try Gnome 3 and the latest KDE4 and see how well they work. 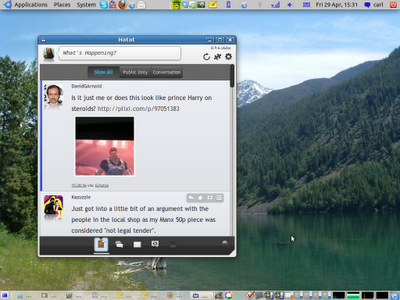 Since there were some graphical glitches with Unity I thought I'd try a fresh install on a different laptop, my Toshiba M200. Everything went fine during install, took around 10 minutes, all was well until i rebooted. Firstly it seems to have a weird bug. When i reboot all I get is pretty colours and no proper boot screen and cannot see the login, just weird patterns. If I shutdown then do a fresh boot it boots an reaches the login just fine. However even after I installed the proprietary Nvidia drivers, it still won't login to Unity desktop, it just hangs. Also if i try to CTRL+ALT+F key into another screen it goes white or just weird colours. That just will not do. Unity-2D works (sudo apt-get install unity-2d) but it's not exactly much consolation. 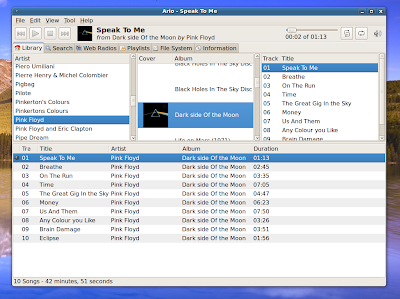