Linuxiversary... One Year With LinuxMint.

Time flies when you are having fun and it certainly seems this year has been a great one for me in terms of computing. Exactly a year ago today I decided enough was enough and I left the Apple world behind after being an avid fan for over 20 years.

The build up had been coming for a few months – actually a few years previous I had ditched my iPhone for an Android handset - and the 13th July 2020 marked my first full day using Linux as my main operating system.

I had dabbled for many years on and off, having an admiration for Linux. Early 2020 saw me switch to Linux Mint on my MacBook Air as a main OS, but that glowing fruit logo bugged me. 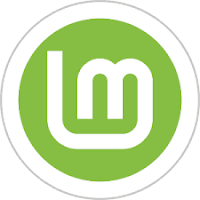 So I sold my beautiful slim and lightweight 11” MacBook Air and replaced with a rather large and chunky Dell Latitude E5410. Specification wise both laptops were similar – especially after upping the RAM in the Dell and swapping out the old hard drive for an SSD. My road to full time Linux and the final nail in leaving the Apple ecosystem had began.

It has been an amazing year. I have really gotten to grips with Linux. It is hard to learn a new way of doing things after 20 years but it soon felt natural. I am by no means a Linux expert, but I had enough knowledge to get me going and each day I learnt more and the last year has been fun.

It has been a fairly easy ride with only a few minor hiccups along the way which required me to learn how to overcome these - but at least it gave me even more knowledge.

In February 2021 I swapped my large Dell for a slimmer ThinkPad X201 – once again similar specs, just smaller. 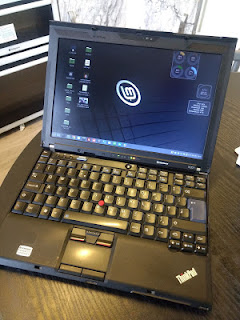 I have never been happier. Linux is a great alternative. The mid 90s saw me venture into Windows which I didn't enjoy and I very quickly swapped to MacOS. I have never been a fan of Windows (to put it lightly), so there really was only one way out of the Apple world for me and that was via Linux.

I have modest needs when it comes to computing. I don't play games on my computer and only use it for web browsing, writing and  as well as picture, music and minor video editing and my 11 year old ThinkPad more than copes with my needs.

Linux is truly where I want to be and it is hard to believe I have been using it full time for a year already. Here is to many more happy years as a Linux user.

Check out my YouTube channel for portable and older gaming as well as tech videos, including ThinkPad X201 running Linux video.

Also check out my review of the ThinkPad X201.