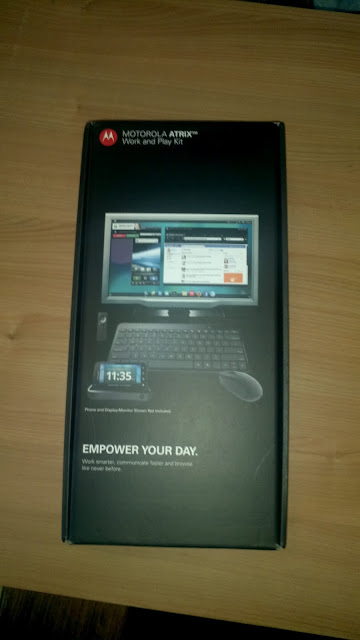 I've just set up my Motorola Atrix "Work and Play" Dock otherwise known as the Multimedia Dock. It has a Bluetooth keyboard and mouse, remote, a mini HDMI port, and 3 USB ports on the rear, and is powered by an 18W PSU. See more photos here. 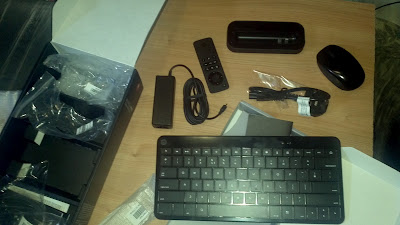 It all feels very well built, the Bluetooth keyboard reminds me of the Apple wireless keyboards, chiclet keys, and similar weight and feel. It was all very well packed in it's box too. The dock has a solid feel to it too, nicely weighted and rubber pads for gripping a smooth table. The keyboard takes 2x AA batteries and the mouse takes 2x AAAs both provided. The little remote takes a Bios-type CR2032. 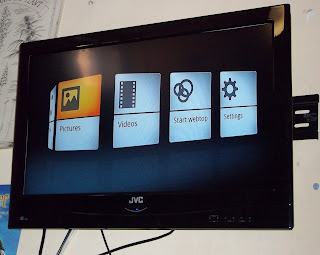 I found the Entertainment Centre to be pretty smooth. Press space on the keyboard and it plays your music while you browse your photos. Videos on the phone play perfectly too. You can advance photos on using the remote, cursor keys on the keyboard or the left-hand on-screen controls on the phone. The right-hand controls are for the music playing and volume control. 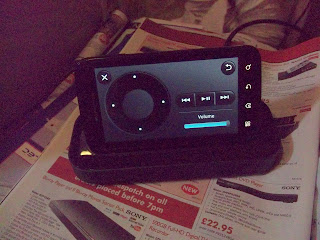 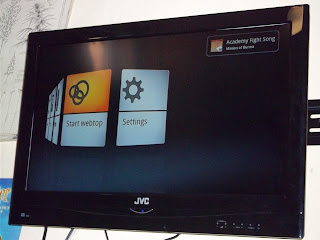 Next up I switched to the Webtop mode, you can switch from one to the other quite easily. In this mode the phone will display a clock instead of media controls. An on-screen version of the phone's interface appears on the desktop, which can be fullscreened too, which I put to good use with Mupen64 N64 emulator for a bit of Goldeneye! The desktop itself is based on a very lightweight bare-bones version of Ubuntu. Also I notice in WebTop mode, the screen of the phone itself can be used as a trackpad with onscreen mouse buttons. 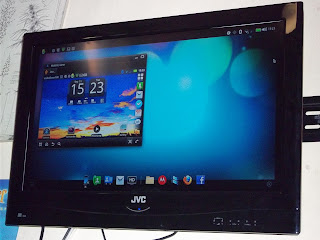 The default browser in Webtop mode is Firefox and is completely unlinked and separate to the phone's browser. However, since I have Firefox installed on my phone I'm using Firefox Sync between the too, very handy. I also installed Adblock pop up blocker in the Webtop Firefox though for some reason the normal Adblock Plus isn't available. 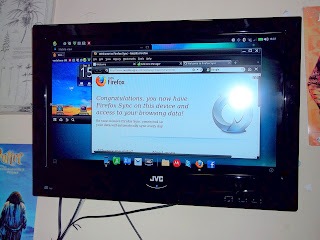 Overall I'm really pleased with the Work and Play Kit, it's very handy for quickly showing my photos and videos on a big screen, it also seems to be quite well made too and the whole kit should be useful when I need to travel light. Although the kit is a year old I think it's still a very useful tool and as it's been replaced is much cheaper than it was new! I'll see how I get on with this, and next I'd like to get the Lapdock!
Posted by Carl Draper at 13:44 No comments: