Once a nerdy trend, smart watches and fitness bands are now the coolest tech out there. As with most technology cheap alternatives work their way in, but are cheap bands any good?

FitBit are a big name in the sports band area however personally I do not rate them in terms of quality and value for money, so when my daughters FitBit Charge lasted only a few months I wasn’t keen on replacing it with another high priced offering.

ID115 Review
For under ten pound I picked up a smart fitness band online. I am not sure who makes it, but it is labelled as an ID115. A small thin band which features a mono low resolution screen, which while isn’t touch capable it does have a touch sensitive button at the bottom of the screen for menu control.

It has removable and replaceable straps (something the likes of FitBit and Microsoft Band didn’t offer), to reveal a built in USB connection for charging. You simply plug the watch into a USB socket - so no need for a cable - It’s tiny 45mAh battery takes an hour to charge and lasts around 3 or 4 days of average use - despite several sellers claiming 10 days. 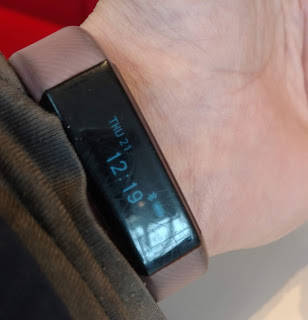 Function wise it offers a watch face, call/app notifications (although limited to a few selected apps), sports tracker for steps, calories and distance. It also has remote camera function, find my phone and is waterproof. 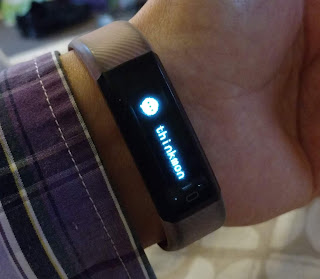 The band connects to your Android/iOS device via bluetooth and is controlled via the VeryFitPro app which does a good job of syncing and keeping your fitness history as well as tweaking the settings of your band.

I wasn’t expecting much from this cheap band, but both my daughter and I have been thoroughly impressed. After a terrible experience with her FitBit she is loving this.

ID115 HR Plus
I was looking for a new band and after the great experience of the ID115 I wanted something similar. The low res screen of the ID115 was its only niggle, so when I saw the ID115 HR Plus with its bright colour screen I thought I would grab one and at only £6 would be a cheap option.

It has the same functions as the ID115 - call/app notifications, sports tracker for steps, calories and distance but with added heart rate and blood pressure monitors. 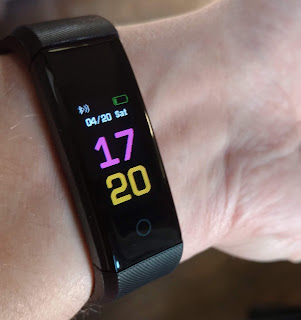 Initially I was impressed. The screen was bright and clear and the colourisation made it look great, and once again not a touch screen device, but a touch sensitive button at the bottom of the screen. The menu was similar to the ID115 and also has replaceable straps and charging via the built in USB connection. 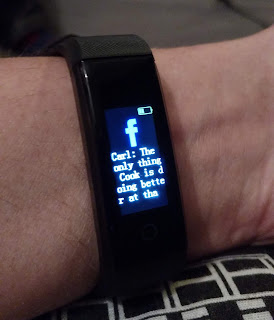 The band connects to your Android/iOS device via Bluetooth and is controlled via the Yoho Sports app which is similar to the VeryFitPro but oddly lacks a few options such as remote camera and screen rotation.

However, the joy of this band was short lived. Despite almost doubling the battery to 80mAh, this band would need charging at least twice a day - even though it was advertised as lasting around 5 days.

After just two days this began to really annoy me and the band was returned.

Summary
Cheap bands can be good. There are so many around your mileage may vary. A band for under ten pounds with replaceable straps is a great bonus and depending on your needs they could cover everything you want.

For me the fitness side isn't important, I just like notifications on my wrist. It saves me taking my phone out every time it buzzes so these bands suit my minimal needs.

For their price they are great for kids or people who risk damaging high priced watches/bands.