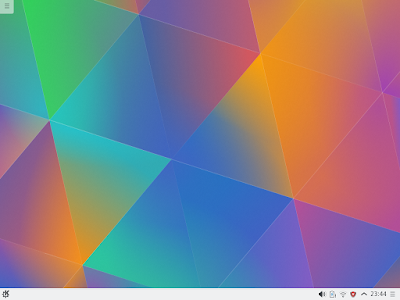 I've been following the progress of KDE 5 since it was in beta stages and possibly before and it looked good. I had been trying the Plasma 5 desktop demo ISOs in a virtual machine for awhile and when Kubuntu 15.04 was released recently, with KDE 5 Plasma desktop, I had to install it on something. I've been meaning to get round to it for a bit and since Kubuntu 14.04 wasn't feeling that great on one of my Dell Latitudes, I decided to try a fresh install of 15.04. Installation doesn't take long with a modern Live installer, taking something like 15 mins. Once done and rebooted everything works fine, unsurprisingly with this hardware, it works well with Linux. It has a 1.6ghz Centrino Duo (32bit) CPU, 60GB SATA hard drive and 3GB of RAM. The screenshot above shows the default look of the Kubuntu 15.04 desktop that is, in my opinion, much improved look to previous releases. It feels smoother and lighter on resources but still just as customizable as KDE 4, and it's actually the first time I have not wanted to change the default theme in Kubuntu! As with every time I install an Ubuntu derivative, I always ending up doing a bunch of updates even though I always select "install updates during install" or whatever. 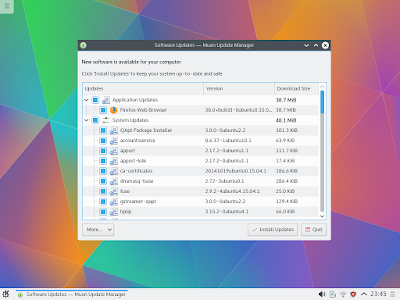 The only minor complaint I have is the wallpaper downloader still does not find any wallpapers, complaining of a network error, despite the network being very much alive. I ended up downloading one of my own photos and manually setting that as my wallpaper. 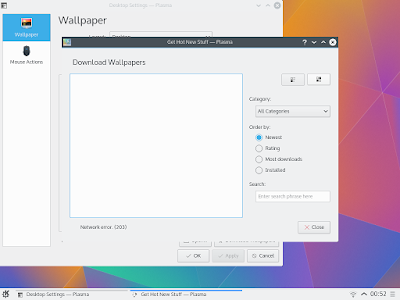 Also, the Plasma desktop did crash once or twice and I had to kill Xorg and restart KDE... 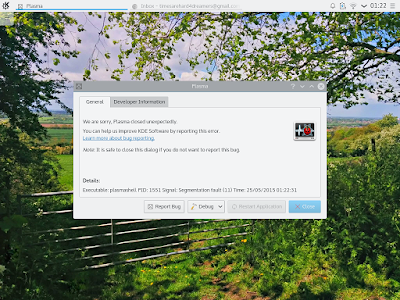 Muon is KDE's default software manager these days, but I'm not really that keen on it, and I often use the command line or Synaptic. It's purely personal taste. I installed kubuntu-restricted-extras and VLC as per usual for the extra codecs and VLC's advanced features. I also installed Filezilla and downloaded and installed Chrome. 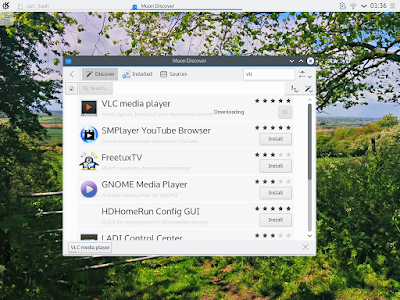 All Ubuntu derivatives have a Restricted Driver Manager for proprietary drivers, on this Latitude D520 there's one for the Intel CPU microcode firmware. 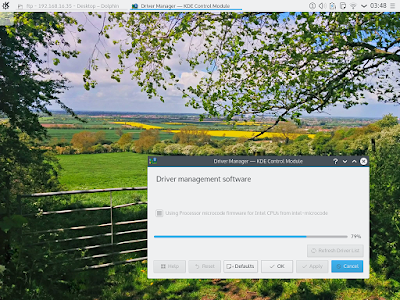 Overall performance wise it is not too bad on this machine, definitely feels quicker than KDE 4 did on Kubuntu 14.04.  However, this low end machine is not really quick enough for KDE and Chrome even with 3GB RAM! Probably best to use Firefox instead if you can or install a lighter weight derivative such as Xubuntu that uses the lighter weight XFCE desktop. KDE Plasma 5 though is shaping up to be a great desktop. I shall try other distros with it, to see if they have less bugs than Kubuntu does and hopefully it should be well polished by the time the next long term release of Mint comes along since that is what I run my main workstation on. 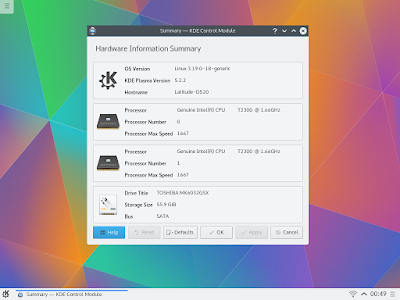