I decided to try out the recently released latest version of Elementary OS, Luna, just out of beta, which is based on Ubuntu 12.04. I used unetbootin to image the 64 bit ISO onto a 1GB USB stick I use for testing. Running the OS from the USB I found it quite snappy, so I installed it on my Dell Latitude D430 laptop. The installer is pretty much the same as Ubuntu and within 10 minutes I had it installed and rebooted into a fresh desktop. There's a panel at the top of the screen with Applications menu and tray etc, and a dock at the base of the screen which I think is called Plank, it's nice as it's similar to Cairo Dock which I usually use. The Applications menu is nice and simple, and searchable. 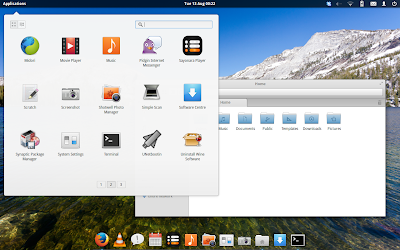 The default web browser is super-lightweight Midori, but you can easily install Firefox or Chrome. I found when installing software it's best to open Software Sources in Software Centre first, (rather than trying to install them in the terminal straight off like I tried to do) and enable the extra sources so you can get VLC and other useful packages. 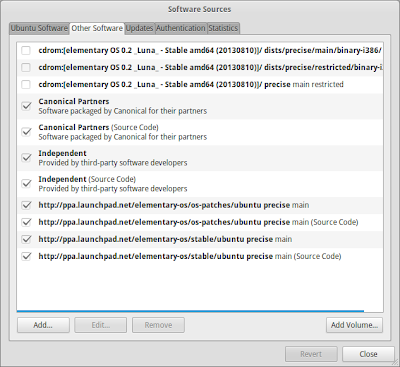 One thing that strikes me about the desktop is it's not immediately obvious how to view virtual desktops, but with a quick Googling I found this handy list of shortcuts for Luna. You can minimize apps by right clicking and selecting Minimize as there's only the Close X on the left of the Titlebar and an Unmaximize button on the right side. I've also discovered that you can create Hot Corners to make things easier by going to System Settings - Desktop - Hot Corners. I have the bottom right corner set to Workspace Overview and the left corner as Window Overview. You could also set one corner to Minimize the current app. Update: You can change the button arrangement and bring back a Show Desktop button on Plank, amongst lots of other useful tweaks, with the very useful Elementary Tweaks plug-in. 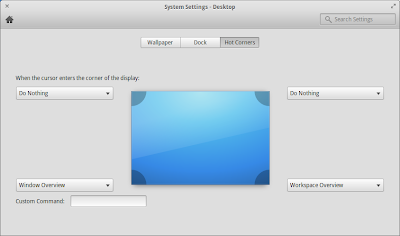 For some reason, no resource monitor is installed by default, I usually use top or htop but for newbies there needs to be a user-friendly graphical app installed. Also there does not seem to be a way to make bookmarks in the sidebar in the file manager nor apparently a way to make a shortcut elsewhere either. BTW, if you need to open a root file manager it's sudo pantheon-files. Update: Right click on the Files icon on the dock and select "New Window As Administrator." 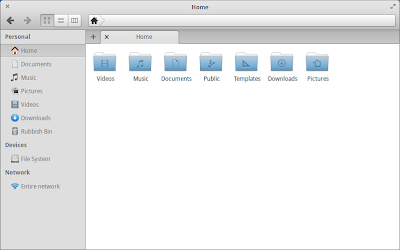 The default music app is called "Music" in the dock but I think is actually called Noise. My new favourite music player however is Sayonara, which is a nice lightweight music player, which I've installed via the 64bit deb package. Also there does not seem to be a CD/DVD burner installed by default, easily fixed though. 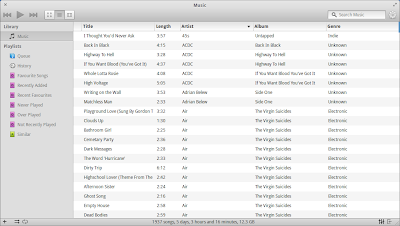 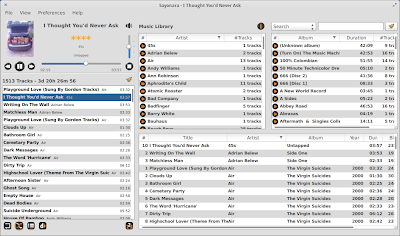 There's a text editor called Scratch, a mail app called Geary (I mostly use Gmail so I'll probably never use it) and the default video player is Movie Player, but I've changed that to VLC, and Shotwell is the default photo viewer/manager. I have also installed a few extras such as Guake, a drop-down terminal.

Installing WINE means a lot of packages to install! 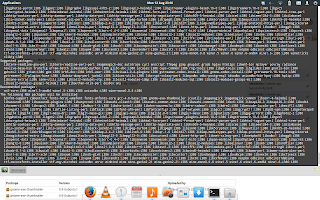 Overall I really like Elementary Luna, it's pretty smooth, the Applications menu works well once I discovered and got used to the keyboard shortcuts, virtual desktops work really well. It's also nice and lightweight, it feels and looks smoother than Xubuntu and is much lighter on this laptop (Core 2 Duo, 2GB RAM, Intel graphics) than KDE or Gnome. I've even started liking Empathy messenger, I like the way it notifies me in the dock. The file manager needs a few tweaks, especially a way to make shortcuts in the sidebar and there needs to be a GUI system monitor installed by default, something more lightweight than Gnome's would be great. The login screen is beautiful but I wish the boot splash was more animated to show it's working. Other than those minor points I'm quite impressed with it and I am happy with my Luna install on my D430. 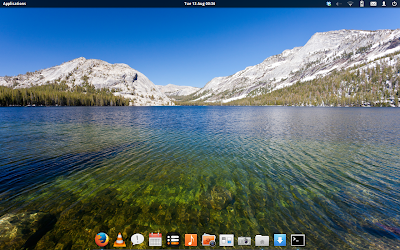 Update 01/09/2013: Only one minor problem I have been having, every time I boot into Elementary the dictionary is stuck on Cuban, and I change it to English but it only lasts for that one session. Also Empathy won't sign into Facebook chat anymore so i've switched to Pidgin.
Posted by Carl Draper at 16:43 No comments: