Turn KDE to The Dark Side - Dark Theme All The Things!

When Apple announced at WWDC2018 that macOS 10.14 Mojave would have a Dark Mode, my first thought was that in the Linux world, completely dark themes have been around since forever. Anyway, whilst you can make Gnome look almost exactly like Mojave with themes, I have no wish to do that though, or to use Gnome either. KDE has been my desktop of choice for over a year now and it's far less restrictive and more customisable, and has a far better file manager in Dolphin.

I've been using KDE Neon for about awhile now, having previously used Debian Testing before that. It's currently based on Ubuntu 16.04 but with the latest KDE software, so it's more up to date than Kubuntu 16.04 and still has a newer version of KDE than Kubuntu 18.04. The image below is how my desktop looks right now. I think I found the wallpapers on this subreddit but then I found out they are from iOS or macOS, but they work well on OLED/LED/AMOLED screens. And yes I do have an odd arrangement of a 27" landscape orientated monitor and a 22" portrait orientated monitor, which makes screenshots look quite odd too. Sadly I had to swap my right hand monitor for a non-LED monitor as the old one died. I take donations... ;) 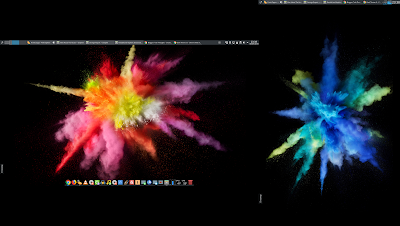 I use Breeze Dark desktop theme which you can find in the Theme settings, and my choice of icons is Papirus Dark. Breeze Dark icons work well too. You can start typing what you need in the K Menu to quickly find anything. For a macOS-like dock, I use Latte dock, which is highly configurable and is far less buggy than Cairo Dock. 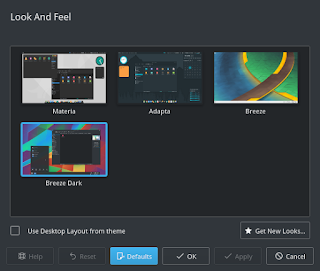 For Google Chrome, I found a good dark theme that goes well with the desktop theme, appropriately named Dark Theme V3.  To make every website in Chrome dark, I found a good dark mode extension in the Chrome web store called Dark Reader.  I found it recently and was the first one I found that doesn't mess up how Google Photos and some other app-like sites work. My only slight issue I've had with it is I cannot see the cursor input in YouTube comment boxes. The good thing is all my Chrome settings are synced to my other Chrome installs so I have these on my Chromebook too, which is nice. It's particularly good with Facebook and Google Plus which are far too bright normally. 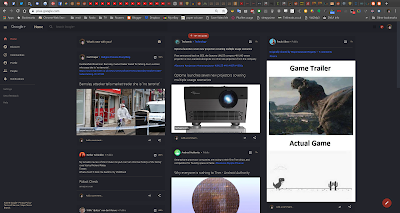 And that's pretty much it. It certainly is easier on my eyes than without all the dark themes, particularly as I use my computer in a mostly dark room. Let me know in the comments about your dark themes and desktop tweaks. 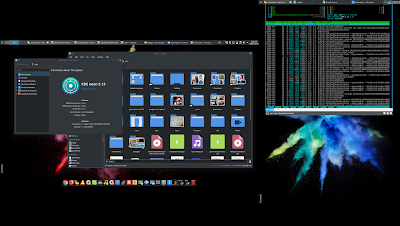