When Google Chrome first came out, I found it much too basic, too lacking in features, however it has since grown much more useful since lots of extensions have been available. I'm using Chromium (the source code of which filters down to Chrome) on my old Compaq N400C (850Mhz/256MB RAM) laptop. I've recently upgraded the hard drive (from a 4200RPM 30GB to a faster 5400RPM 40GB drive) and did a fresh install of Ubuntu 10.0.4 LTS. Having found the Gnome desktop to be a little sluggish, I've installed the Lubuntu (LXDE) desktop, which comes with Chromium. Lubuntu looks great and works at a reasonable speed. I still use Firefox sometimes, but Chromium is lighter on resources and not as basic as Midori. I've been searching for extensions similar to my Firefox add-ons and have found these so far:
Adblock
An essential extension! Though not quite as good as AdblockPlus in Firefox, this is the next best thing for wacker-moling those pesky ads.
Flashblock
Again, it's not quite as good as the Firefox equivalent, but good enough to prevent my old laptop from grinding to a halt under flash web elements.
Chromed Bird
On my desktop I love using Gwibber for keeping up with my Twitter (and Facebook) feed. However it's a little too resource hungry for my ageing laptop, so this is a good substitute. For Firefox, the equivalent add-on is Echofon.
Xmarks
I've been using this in Firefox for awhile, so I'm glad to have it in Chrome/Chromium, the only feature it lacks compared with the Firefox version is it lacks password sync. Syncing open tabs is a fairly new and useful feature.
Chromisious (aka Delicious Bookmarks)
Another useful bookmarking addon. I've been using in Firefox addon equivalent for a while.
Tampermonkey
For those who need their Greasemonkey scripts this extension gives "a little bit more Greasemonkey compatibility"
Addthis
This extension/add-on is for sharing URLs to social networking sites, automatically creating a short URL, and is available for Chrome/Chromium and Firefox.
StumbleUpon
One of my favourite ways to while the hours away when bored!
Update: Google Chrome has just reached the landmark stable version
Posted by Carl Draper at 18:35 No comments: 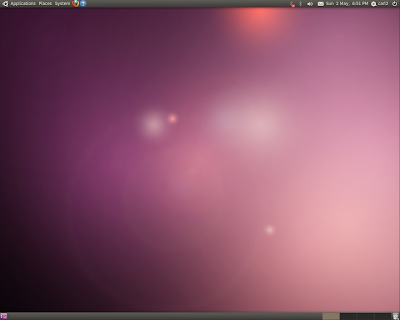 Sometimes it's the little things that impress me about a new OS release. For instance, during a fresh install, Ubuntu detected my time-zone so I didn't have to carefully pinpoint it on the map. There's now an installer slideshow while you wait the usually short (around 15 mins on an average PC) time until it completes. Once it finished and rebooted I was amazed at the boot time, booting in seconds, I barely had time to admire the new boot-splash screen! 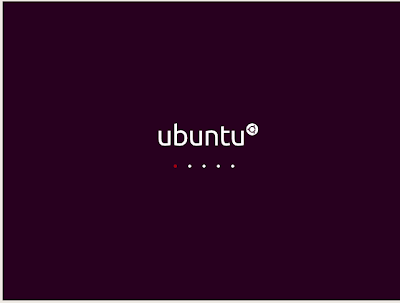 The default desktop now looks pretty slick, feeling similar to OSX, especially with the default wallpaper and title-bar button layout. However, if like me you prefer it how it used to be, it's fairly easy to change. (click the screenshot for a better view).

1. Press ALT + F2 to get a run box
2. type gconf-editor and press return
3. Navigate to Apps --> metacity --> general
4 Find the entry "button_layout"
5. Double click "close,minimize,maximise" on the right-hand side.
6. Edit the entry so it reads: "menu:minimize,maximize,close"
7. hit enter and you're done :)


One of the main features of this release is the new MeMenu. Once you have setup your chat accounts in Empathy (now the default messenger client) or Pidgin (which i still prefer), you can now update your Facebook and/or Twitter status from the text box in the MeMenu. Ideal for a quick tweet! By default it updates both FB and Twitter, but if you want, you can set just one in Gwibber, Ubuntu's default social media tool. I've been using it since 9.10/Karmic, and it has become even better in Lucid. Tweets now show up in speech bubbles and it's easier to differentiate between others and your own tweets. My only niggles are the buttons to select just Facebook or Twitter are too similar in shade. It is also still impossible to retweet a full, 140 character tweet, as it counts the 'RT @username' bit as part of this tweet. 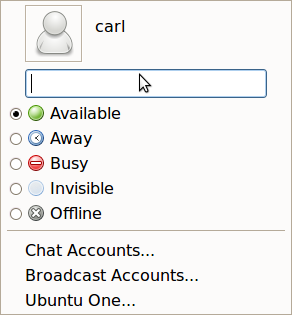 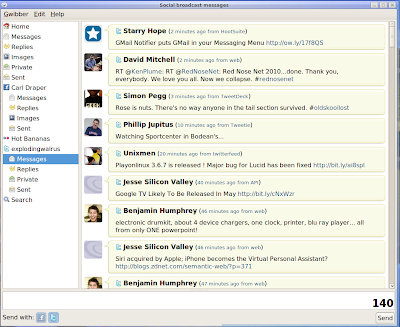 Overall, 10.0.4 feels like a slicker, improved OS over the previous 9.10 (Karmic) release, a worthy upgrade, especially considering it is an LTS (Long Term Support) which means you won't have to upgrade for a long time if you don't want to. The only other niggle I had to attend to the volume control applet to the main panel was missing from startup items (add gnome-volume-control-applet to startup items), but easily fixed. This is the first time I haven't immediately changed the theme on a fresh install. The slick new theme is a refreshing change from the previous yucky brown releases, unless you were the minority who really were into brown. I should also mention the Ubuntu Software Centre has improved since last time, it feels a lot easier to find and install packages now. There's also the new Ubuntu One Music Store integrated into Rhythmbox, that I have yet to fully play with but seems to be a good alternative to the iTunes store. Ubuntu One is more integrated this time and actually connected at login every time, unlike in Karmic.