A Month Since I Switched To Linux

Four weeks ago I made the full switch from Mac to Linux. I have played with Linux on and off for years but had always gone back to using macOS. I think some of this was because I had the hardware to do it. However this time I made the big leap. I sold my Mac and bought a Dell laptop. There was no going back. Breaking free from Apple's walled garden approach has been a breath of fresh air in my tech life, but how has the transition from a platform I had used for 20+ years to uncharted waters gone?

Hardware wise, everything went fine. I’ve had no issues setting up and using Linux Mint 20 Cinnamon on my Dell Latitude E5410. All internal hardware works perfectly, any external drives or USB attachments work too – such as USB 3D audio stick, Bluetooth adaptor and spare WiFi adaptors – all work without having to fish around for additional drivers or services. I had one Bluetooth adaptor that was recognised by the system but failed to work. Not a huge problem just a small annoyance, but this was due to the chipset in it. My other works fine, so I am OK. Even my wireless printer – which I hadn’t give much thought about – just was there ready to be used.

One issue I had when I first started was keyboard shortcuts. My hands had gotten so used to Apple+Q etc that I had to keep reminding myself to use the Ctrl and Alt key instead, something that happened very quickly to my surprise.

A side point, I did take off the Windows key on my keyboard and remove the Windows logo from it. It bugged me seeing that little flag there each day.

Software wise, everything went fine. I checked software before I transitioned and minus a few Apple only apps I was already using cross platform tools, which I carried on using in Linux. I have had no issues day-to-day getting what I need done, which is mainly browsing, emailing, social media, music conversion, image editing and transferring files to and from my Android phone and to external backup drives.

The only stumbling block was finding a video editing tool that was easy to use that could take on the small tasks I needed to edit my YouTube videos before uploading. I have an intro I needed to drop in about 10 seconds in to my videos and I liked to snip sections out through videos, just to make them tidy (I have a habit of saying ‘um’ and rambling a bit off topic). I had intended to use OpenShot, but it is a highly unstable piece of software that also caused audio artefacts. So I switched to Kdenlive, which was much more sprightly, stable and no audio issues. Within an hour of installing it, I had gotten used to it and performed the editing I needed.

A small niggle with emailing, though more Thunderbird's fault than Linux itself. I used to use Thunderbird a lot and didn’t realise it was officially retired and only community supported. I had issues with it connecting to my Google mail servers and not wanting to send emails at times. However, using the Gmail web interface is a great alternative until I find a better email client.

Overall I am loving Linux. It is a strange feeling not to know an OS inside out. After using a Mac for 20+ years there wasn’t anything I didn’t know how to do, but with Linux its a huge learning curve, and I have had to ask my Linux guru friend more times than I would have liked or Google a few ‘how to’ issues. This will pass with more using and I am already feeling quite confident in Terminal.

Linux is far more newbie friendly than it has ever been. It is a clean, easy to use, bloat free OS that doesn’t get in the way of what you need to do. Even updates just sit patiently waiting for you to install them when it is convenient rather than popping up and getting in the way of work or waiting til you want to shut down and then installing.

I am embracing my new direction and my new non-Apple hardware. It is the best move I made since ditching my iPhone for Android a few years back. 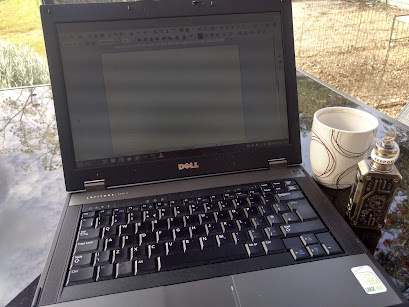 I can only look forward to using my computer how I want and learning Linux more and more each day. 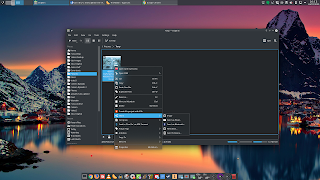 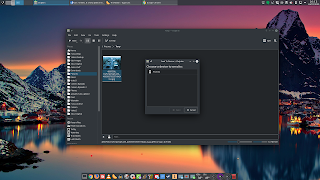 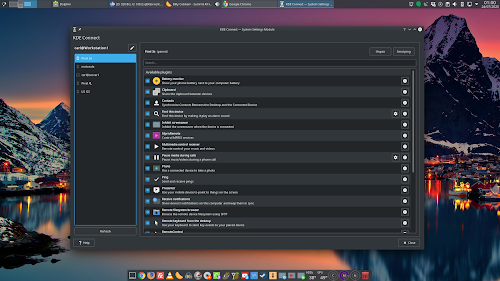 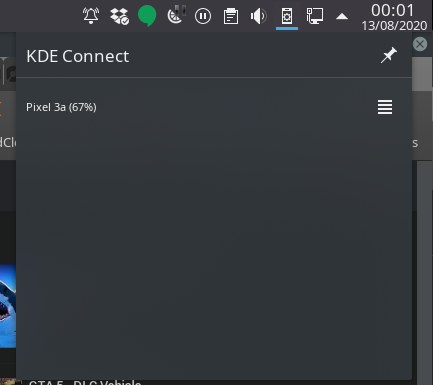 I am surprised that KDE Connect (and the Gnome equivalent) isn't written about more often, as it's such a useful tool, I find it particularly for showing notifications from my phone and controlling the media keys. I often find it much more convenient to use it to send photos from my phone to my desktop rather than plugging it in and dragging and dropping them. There are also early builds for Windows and Mac OS, amongst others, if you have those on your local network, and you can find them and more builds on the KDE Connect site. I have been using it on KDE for a long while now, when I moved back to KDE from XFCE, and it just keeps getting better with every release.
Posted by Carl Draper at 17:38 No comments:

The Original Xbox… Was It The Dreamcast 2?

I have been a huge Sega fan for a long time. The Sega Saturn was amazing, I had a huge game and accessory collection and the Sega Dreamcast was fantastic, but sadly Sony dominated the gaming scene which helped drive Sega out of the hardware business.

While you might see Sonic and other Sega franchise titles on other hardware, sadly we shall never see another Sega branded home console.
However, all was not lost with the demise of the Dreamcast. While many fans hoped for a Dreamcast 2, we did get a new Sega console of sorts, in the form of the original Xbox from Microsoft.
OK, so let's think about that for a moment.
The XBox released in 2001/2002 was in the sixth generation of consoles alongside the Sega Dreamcast released in 1998/1999. The Sony Playstation 2 released 1999/2000 and Nintendo Gamecube released 2001/2002 were also sixth gen home consoles.
As you can see the XBox was two or three years after the Dreamcast. 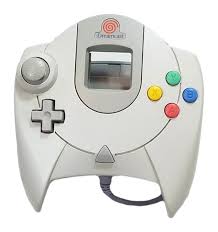 The Dreamcast was ahead of its time for standards. It was the first console to have built in online capabilities with a modem and it featured four controller ports. The large controller had four coloured buttons labelled X, Y, A and B and a memory card slot in it – called the VMU, because it had a screen and its own buttons like a mini console. 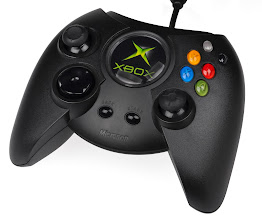 The Xbox was also ahead of its time. It had online capability, with built in ethernet out-of-the-box and it also featured four controller ports. The large controller was very similar to the Dreamcast controller design and I did read that it was based on it. It has four colour buttons labelled X, Y, A and B although the colours are swapped around and it has an additional thumb stick. It also features a memory card slot (two in fact) in the controller.
OK, so Microsoft drew inspiration from the Dreamcast when looking at their first home console. But it doesn’t just stop with hardware.
Some Dreamcast titles featured Windows CE on their discs offering more features than just the standard Dreamcast operating system, so Sega already had tie-ins with Microsoft. It was also rumoured that Sega asked Microsoft if they would make the Xbox backward compatible with Dreamcast discs, but they decided not to – wanting their console to be new and fresh, plus worries over online Dreamcast titles.
However, there were a lot of Sega franchises brought over to the original Xbox.
Crazy Taxi, Jet Set Radio, House Of The Dead and Shenmue all Dreamcast games, received new versions for the Xbox. Panzer Dragoon was a Saturn game which received a new version for the Xbox and PS2.
Outrun from the Master System/Mega Drive and ToeJam & Earl from the Mega Drive both received new titles for the Xbox.
On top of that – although not exclusive to the Xbox – a number of Sonic titles such as Sonic Heroes, Sonic Riders, Shadow The Hedgehog and Sonic Mega Collection Plus made their way to the Xbox.
Sega really wanted to get their games on to other hardware to keep their software side and game franchises afloat even if they didn't have their own home console systems to do it.
With the hardware similarities and the software titles brought to it, the original Xbox could be considered the closest Sega fans got to the mythical Dreamcast 2.

For me, it was a sad day when Sega announced they were closing their hardware side. Despite the Saturn and the Dreamcast being the underdogs I rate them as some of the best consoles ever. This may be why I have such a fascination and love for the original Xbox – a spiritual successor to some of the greatest consoles ever made.
I love my Xbox and still play it today. I'm not a Microsoft fan and do not like the 360 or One, for me the original Xbox is the best offering from Microsoft.
Written by Simon Royal. Follow me at twitter.com/simonroyal
Posted by Simon Royal at 16:35 No comments: