The tech world might be buzzing for the Playstation 5 release, but I am still rocking a Playstation 3 and loving it. It is an often overlooked console, sandwiched between the PS2 - the biggest selling console of all time - and the behemoth that is the PS4.

For me the PS3 is the perfect console. Released in 2007 in UK, it was a huge fancy upgrade over its predecessor. I was late to the game, only buying one in 2016, a whopping nine years in to its life. 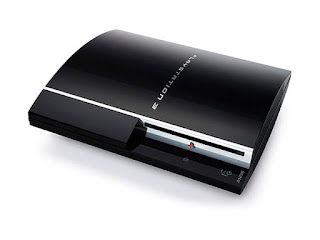 The bonus of this is price. You can pick one up for around £40 (or less), with games now being dirt cheap and accessories reasonably priced. I have the Slim 160GB version released in 2009, which is around 30% smaller, 30% lighter and uses 30% less power than the original. 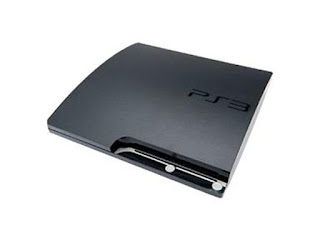 Under the hood you have a 3.2Ghz Cell PowerPC processor, NVidia graphics with 256MB VRAM and 256MB main memory. It also packs in a blu-ray drive, internet connection, HDMI and wireless controllers and the introduction of the PS Store.

It featured a new interface called XMB, it was more than just a games machine and its interface reflects this, giving more system management options as well as TV/Video services allowing Netflix, NowTV and various on demand TV services. It can also browse the web and play music.

In terms of graphics, the jump from PS2 to PS3 was phenomenal, partly due to it HD capability. It still amazes me today how detailed later games became, with some games being released for the PS3 as well as the PS4 and games playing just as well on both systems. 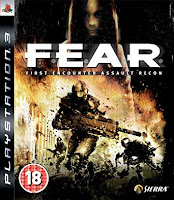 It is interesting to see how the games have changed throughout its life span. F.E.A.R, while being an incredible game to play graphically, looks like it was originally designed for the PS2. Launch title Resistance Fall Of Man shows how a game designed for the system should look, but even that looks a little dated compared to its two sequels. Games such as Call Of Duty Advanced Warfare, Crysis 3, Grand Theft Auto 5 and Wolfenstein The New Order (all released 2013/2014) really push the hardware and show just how capable this decade old system is. 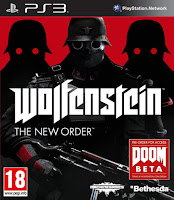 Online gaming requires a Playstation Network account - however unlike the PS4, this is a free service. I have played online (although a lot of PS3 game servers have been taken offline) and never once needed to pay for PSN.

Backwards compatibility have always been a key selling tool for Sony (although oddly dropped with the PS4 release). All PS3 consoles can play PS1 games. However the original 20GB and 60GB ‘phat’ versions could also play PS2 games - due to having PS2 hardware chips in them - meaning these versions could play three console games in one. A few later ‘phat’ PS3 models did this via software emulation. My wife recently picked up a 60GB ‘phat’ Playstation 3 and it is great to be able to play those PS2 titles. This PS2 compatibility was lost in Slim and Super Slim models. Compared to my Slim model, the original ‘phat’ is certainly a bigger beast and is a lot noisier. The fans on my wifes kick in a lot, but were prone to overheating and the ‘yellow light of death.’

I am a huge fan of the PS3. It is an excellent console, with amazing HD graphics and games that can be picked up for almost nothing.

I know many will wonder why giants like the Uncharted and Far Cry series aren’t in my list and its because I am not a fan of third person games. I love the full immersion of first person.

I see nothing - except a few newer games - that wants me to upgrade to a PS4. I would lose all my game collection and be faced with expensive games and accessories. When you can purchase a complete PS3 system for the same price as a PS4 controller it makes sense.

Currently I am trying to gather as many official accessories to compliment my PS3, grabbing numerous controllers, the wireless keypad attachment, bluetooth earpiece and Playstation Eye camera. I am on the lookout for the bluetooth blu-ray/media controller, controller charging dock and Move controller.

There are three cycles in a consoles lifespan. First cycle is the new period where everything is fresh, new and expensive. The second cycle comes when its successor is released, prices drop to ridiculously cheap. The third cycle is when it hits retro status and it becomes expensive and a must have again. The PS3 is well in to its second cycle, making it an ideal time to buy one.

I absolutely love my PS3. It has never let me down and even in 2019 Sony released minor system software updates for it, showing it is not all dead and forgotten yet. It is a superb gaming machine with a huge catalogue of fantastic games.

You can’t deny that Grand Theft Auto 5 is a phenomenal game. Released in 2013 it is one of the longest games I know of to receive updates. It even spans console generations - being on the PlayStation 3, XBox 360, PlayStation 4, XBox One as well as Microsoft Windows.

Its a huge game. Installing on a console takes a long time and then installing the years of updates takes even longer. The XBox One and PlayStation 4 both total over 40GB.

I have it on three of those platforms and all have had their issues with installing. All my discs are in mint condition, so installation issues cannot be put down to scratches and finger marks.

My PlayStation 3 has caused me the less stress, but a few weeks ago I had a brief time where the disc was unreadable when playing. This fixed itself.

The PlayStation 4 is a constant issue. There are two in my house currently and neither will install past about 8% before it claims the disc is unreadable and may need cleaning. At times it will not even detect the disc in the drive and at least twice I have had to do a force boot eject.

The XBox One version has suffered from similar issues as the PlayStation 4 version. It became stuck in my daughters XBox multiple times, but eventually did install.

The Windows version isn’t without its hitches either, with install problems and quitting during play rife on forums.

Searching the internet, there are multiple tricks to get it working. Some have had luck turning off the internet connection - claiming installing and downloading the updates simultaneously being the issue. Other tricks include turning off mid install or rebuilding your console database.

For me nothing has worked on the PlayStation 4 version. I am stuck with a perfect disc and it not working on multiple consoles. While every other game works perfectly fine.

The only option is to download a digital copy - which of course I would have to pay for again. This is not a road I want to go down.