I finally got a replacement 1.8 inch hard drive for my Dell Latitude XT, after the old one failed, so I thought, since I have a fresh drive, I might try Ubuntu Raring Beta to see how well it runs. I downloaded and copied it to a USB stick using Unetbootin (it's in the Ubuntu repos), then booted the machine with it (press F12 to get the boot menu up on the XT). The first improvement I saw was during the installer, it picked up my Broadcom wireless card and utilized it, which previous releases did not do. Last time I installed Ubuntu on this, 12.04, I had to have the ethernet plugged in during the install. 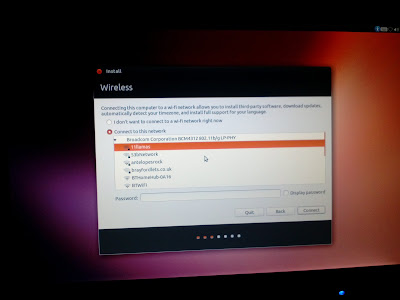 The installer was pretty smooth as usual, I did not notice any other changes, though there may be some that I did not notice. After the install finished I was greeted with the Lightdm screen with the new Raring default wallpaper, which though recognizable I'm not too keen on, which I changed later. On a touch screen PC like the XT you can tap on the Accessibility icon in the top right to bring up the on screen keyboard. Unlike on 12.04, this onscreen keyboard now pops up at every login from then on without further tweaking. 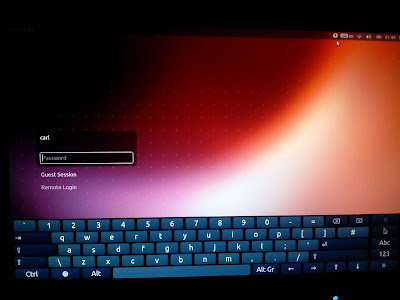 Once logged in, the default desktop is Unity of course, which sadly looks like this on the XT, apparently because of shoddy ATI support and the Blur plugin, which apparently can be fixed once you install the Unity Tweak Tool and disable the Blur plugin. 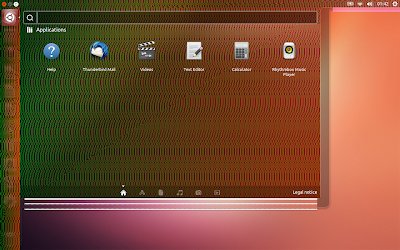 I however shall switch to my preferred desktop, Cinnamon. It's a more traditional desktop environment that might suit those like me who are not keen on either Gnome Shell or Unity. Cinnamon also has a 2D version which can be selected at the login, which is what I'll use on the XT. You can install Cinnamon with the following commands:


And here's how my desktop looks with Cinnamon installed. That's the new look Nautilus, it does look very nice, not sure about features though, I have not explored what's been added or removed yet. 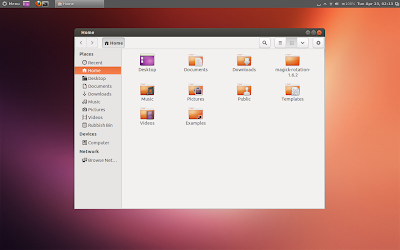 The wallpaper tool looks very nice now, I just had to switch from that after-birth wallpaper to something more soothing.... 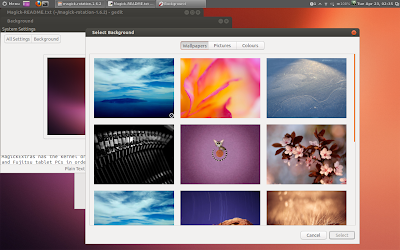 There, that's much better. I have also installed a few apps I like such as Guake drop-down terminal, Gimp, and Pidgin (I'm not keen on Empathy). I have also configured screen rotation using Magick Rotation, as I did before. I may also get the fingerprint reader working again too. 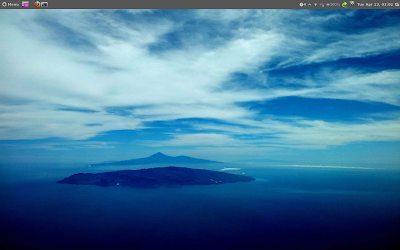 Ubuntu 13.04 is an improvement in some ways such as speed and hardware support, improved Nautilus, but many other improvements are with Unity which won't be of interest to those like me who don't use it. I'm sure I might find some other improvements I have not covered here.

For some reason 13.04 is very sluggish on my XT right now, even with 2GB RAM (minus 128MB for graphics), possibly because of the poor graphics performance, I decided to install the XFCE/Xubuntu Desktop (sudo apt-get install xubuntu-desktop). Unsurprisingly, Xubuntu Desktop is definitely a lot less sluggish than either Unity or Cinnamon,on the XT. 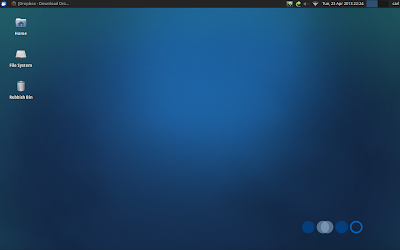