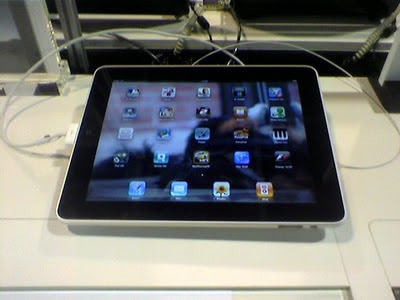 Overall I wasn't blown away by it and I was not comfortable browsing the web on it for more than a few minutes. For viewing photos, music and videos it's fine, but it seems a very expensive toy just for those features, I was more impressed by an £79 Eken tablet from Amazon than this, which has the greater freedom provided by the Android OS, though i think I might save my fingers for something with a keyboard or a stylus. I certainly wouldn't recommend a tablet like the iPad for those who have even the slightest RSI!
Posted by Carl Draper at 16:44