Classic Computers In Only Fools And Horses Episodes

I've recently started watching the entire Only Fools And Horses box set from beginning to end. Not only is it a brilliant sitcom but it also often captures the time it was made very well, such as in the Yuppy era of the late 80s. I've watched them many times but have only now started spotting all the old computers and tech.

In the 1987 Christmas special, "A Frog's Legacy", Del Boy has a consignment of hooky computers, badged Raja 2000 but actually BBC Model B's a BBC Master in a 3rd party Viglen case, (thanks to Andy Taylor for the info) Del flogs one to a vicar. 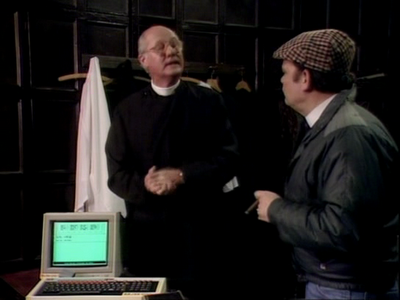 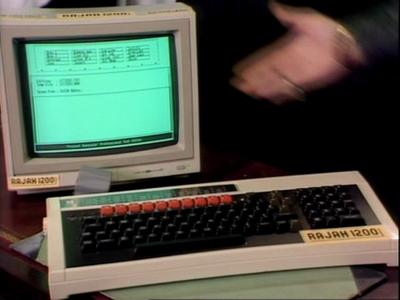 In 'Yuppy Love' (1989), Rodney goes on a computer Diploma course and here he's using an Amstrad cpc 6128, with green screen, the "best 8 bit computer ever!" according to Andy Taylor of Retro Computers, who kindly identified it for me.

Rodney eventually gets a job working for Cassandra's dad, Alan, in an office. In "The Jolly Boys Outing", Rodney's having a bit of trouble with his Apple SE/30, Apple Macintosh SE (thanks David), he keeps wiping out his spreadsheets! Both he and his colleague (played by Alan Hunter, who is now Max Branning in Eastenders) both have SE/30's on their desks. 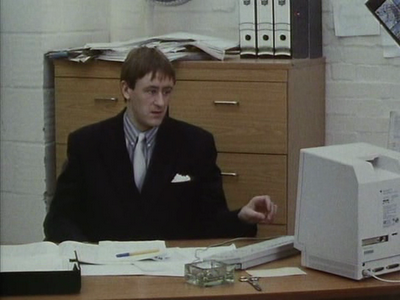 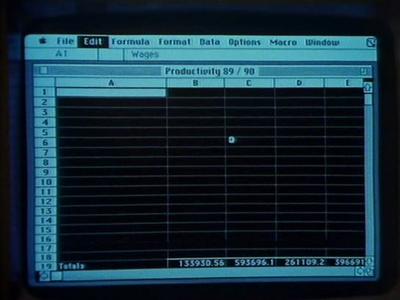 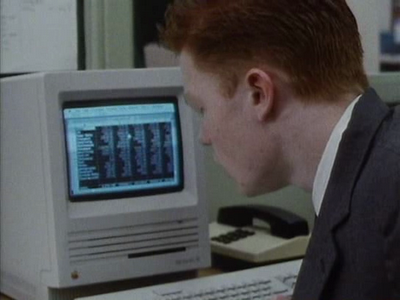 I will keep updating this post when I spot more old computers in later episodes.

That first computer looks like a BBC Master Compact.