For a long time now, going back several phones, Instagram has been a pain on Android. I post a lot of photos, mainly from my long walks. After a bunch of photos get posted, the app eventually ends up just making blank white images, like so. 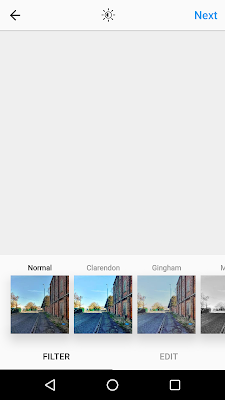 The only way to fix this, at least temporarily, is to go into App Info (tap and hold the Instagram icon), 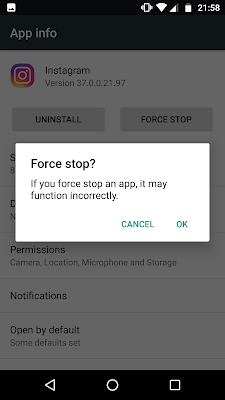 Then tap Storage and Clear Cache. Then instagram will be fine until it builds up another 50MB or so of cache. I know I should not be surprised that an app owned by Facebook is utter crap, but they could at least fix simple things like this.