I have just bought a Motorola Moto Z Play (first gen 2016 model) and one thing that grabbed my interest were Moto Mods. The back of the Moto Z range is flat with a 16 pin connector which enables a range of accessories to be added to the back of the phone via a magnet. 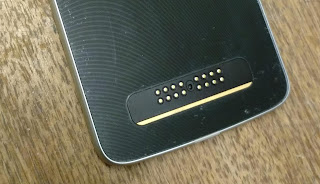 There was a huge buzz around upgradeable phones in the middle of this decade, with Google taking the limelight with its Project Ara modular upgradeable phone. Others jumped on this and Motorola came out with Moto Mods.

There are a range of different mods covering a variety of features.

You have a simple back cover, which protects the pin connector and gives your phone a different look and a newer version which includes wireless charging.

There are three additional batteries, the Power Pack and the Turbo PowerPack as well the incipio OffGRID Power Pack which includes wireless charging.

You have two camera mods. The Moto 360 camera is a full HD 360 degree camera and the HasselBlad True Zoom, an optical zoom camera. 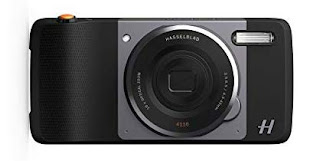 The JBL SoundBoost and SoundBoost 2 add stereo speakers to the back of your phone and drastically increase the sound quality, both include a kickstand too.

The Insta-Share Projector turns your Moto Z into a screen projector so you can share and watch your phones screen on a wall. Interesting. 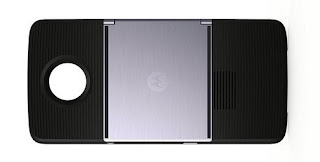 Three new mods which I didn’t know about until recently are an instant Polaroid Printer (yes, a mini printer mounted to the back of your phone), a Alexa smart speaker and a gamepad which turns your phone in to a portable gaming machine with physical buttons.

You have to applaud Motorola for not only breaking the mould and creating a unique take on expanding your smartphone, but also for keeping it compatible with any of the Moto Z range including the Z Play and Z Force range and covering the oldest to the newest release.

However the downside to these mods are the price. While the simple Style Shell wont set you back too much, some of the fancier Moto Mods can end up costing over £100.

Some of them interest me and if I could find some second hand ones at a good price I probably would grab a battery pack or a speaker.

Its a fun and innovative idea and if you have a Moto Z and upgrade to a Moto Z4 all your existing Moto Mods will work which is a great idea, but it hasn’t really taken off as well as it should have done.