The Kygo B9/800 wireless speaker is a portable speaker with Google Chromecast and Google Assistant built in, which means you can "OK Google" it to play something from Spotify or Youtube Music, or some other services. It is priced around the same price as a Google Nest Mini, usually about £20 from Amazon, but unlike the Nest, it also has Bluetooth and a line-in jack, and an internal battery which means the Kygo can be used when out and about without wi-fi, away from a plug socket. 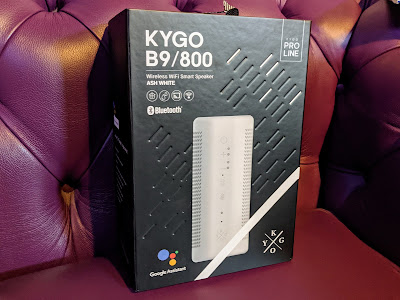 In the box, the device comes with a 2.1A 5.0V power supply with a USB socket on it, much like a phone, and a swappable 2 pin plug, that could be used in a shaver socket and what looks like a US plug, and a 3 pin plug adaptor if you are in the UK. 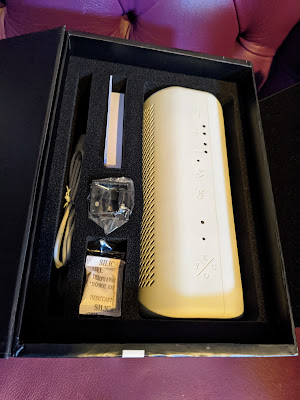 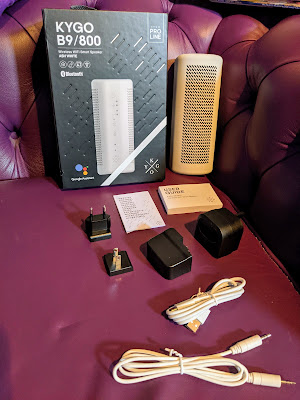 The Kygo is "waterproof" or actually water resistant, with a flap that covers the ports, so it could be useful in the bathroom. 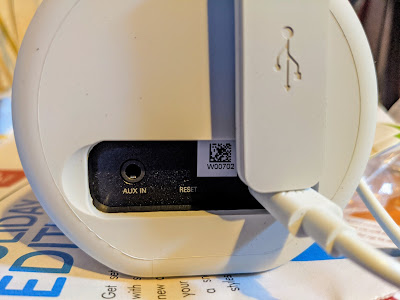 According to the little instruction book, it has an IPX7 rating, which means it can be "immersed in water for up to 1 meter for 30 minutes (3 feet)", though I have not tested it, and it can float! 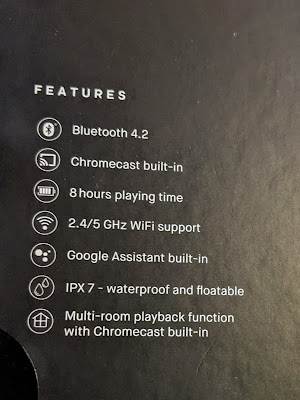 The tiny instruction booklet reminds me of the Little Book of Calm from Black Books... 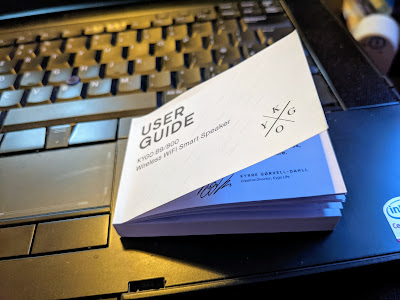 On the side there are Power, Bluetooth, Mic Mute and Volume buttons. Hold the power button to turn on and it starts the setup process, just like a Google Nest or Chromecast, setup is all done using the Google Home. Similarly hold the Bluetooth button to pair that to your phone. There's also a special Kygo button, apparently for Kygo content but I have yet to try that. 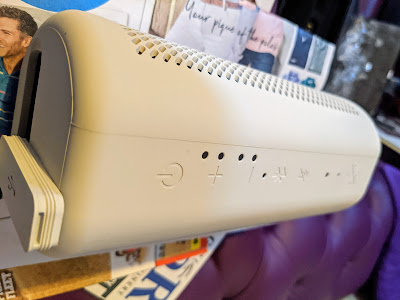 Sound quality is surprisingly good, fairly decent volume for a speaker of its size, with some bass to it but only if you sit to the side of it, still comparable to the Nest Mini. You can also use Speaker Pairs to create a stereo pairing if you have two of them. In stereo they sound even better, in fact very much better. 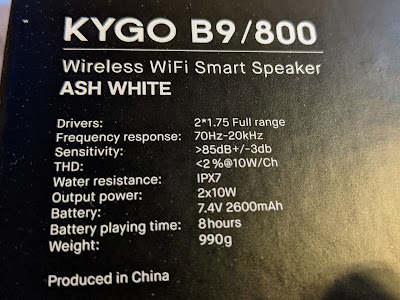 Overall, the Kygo is a good alternative to the Google Nest Mini, with the added advantage of being portable and having a line-in and Bluetooth, which makes it much more useful. With fairly decent volume, reasonable sound quality and water resistance, it's a good little portable speaker for the price.
Posted by Carl Draper at 05:20