Back in June of this year, I rescued a 2008 Sony VAIO VGN-N31S/W from a fate worse than being recycled, a life with Windows Vista. It had a dodgy power cable,  dead battery and a missing letter 'O' on the keyboard. I have bought a new PSU, upgraded the RAM from 1GB to 3GB and have just replaced the missing key. 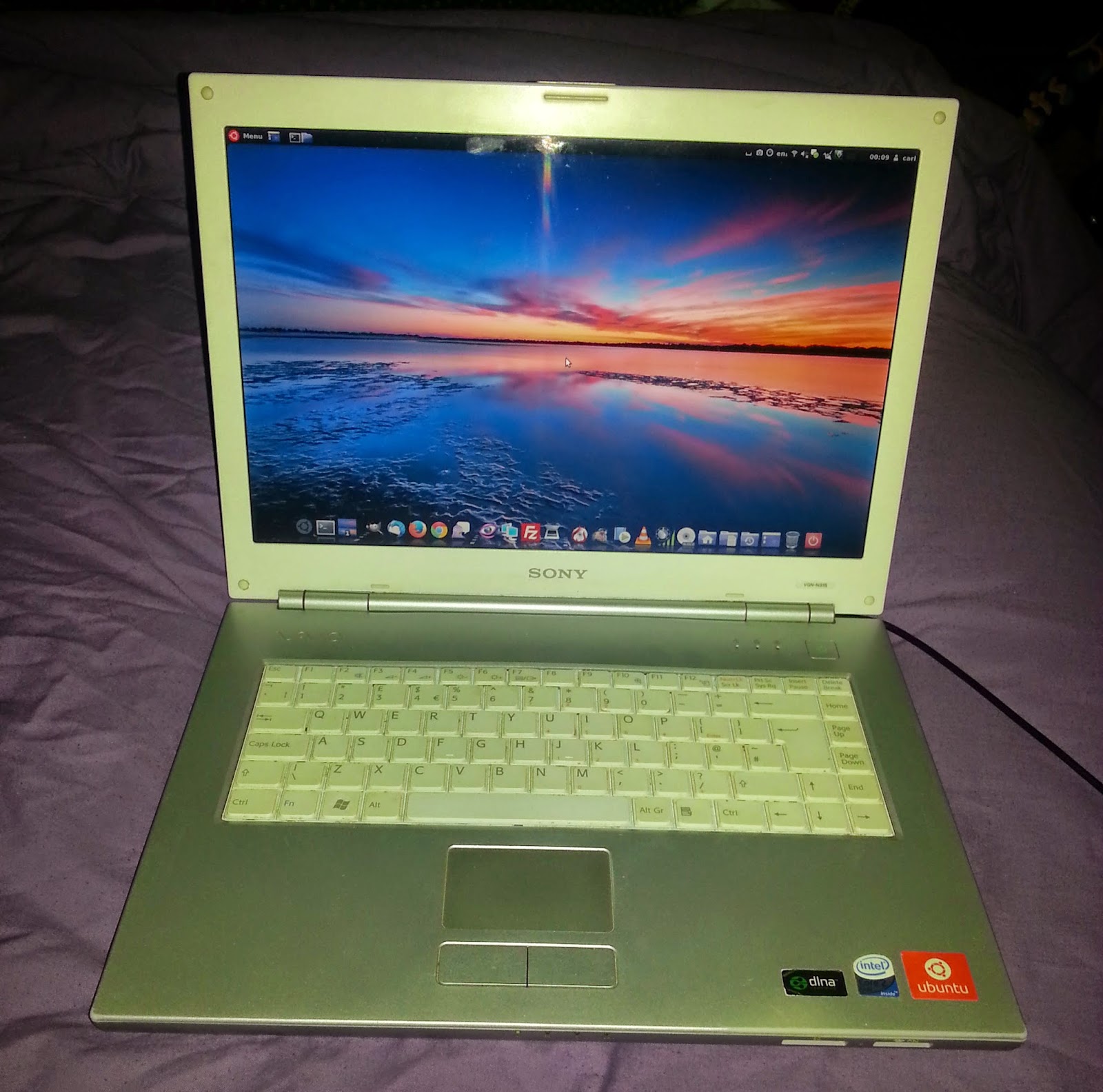 When I first got the VAIO, I replaced the broken Windows Vista installation with Xubuntu 14.04 32bit, but I now wish I had installed the 64bit version. I wanted to reinstall but could not get it to boot from USB or DVD, which is odd because I managed it before. And I check every time that the boot settings are correct in the BIOS. I would also like to replace the dead battery but I am wary about spending more money it. I have recently switched from the Xubuntu desktop to Cinnamon desktop using the PPA and the how-to detailed in this article and it runs very well on the VAIO with it's 3GB RAM. 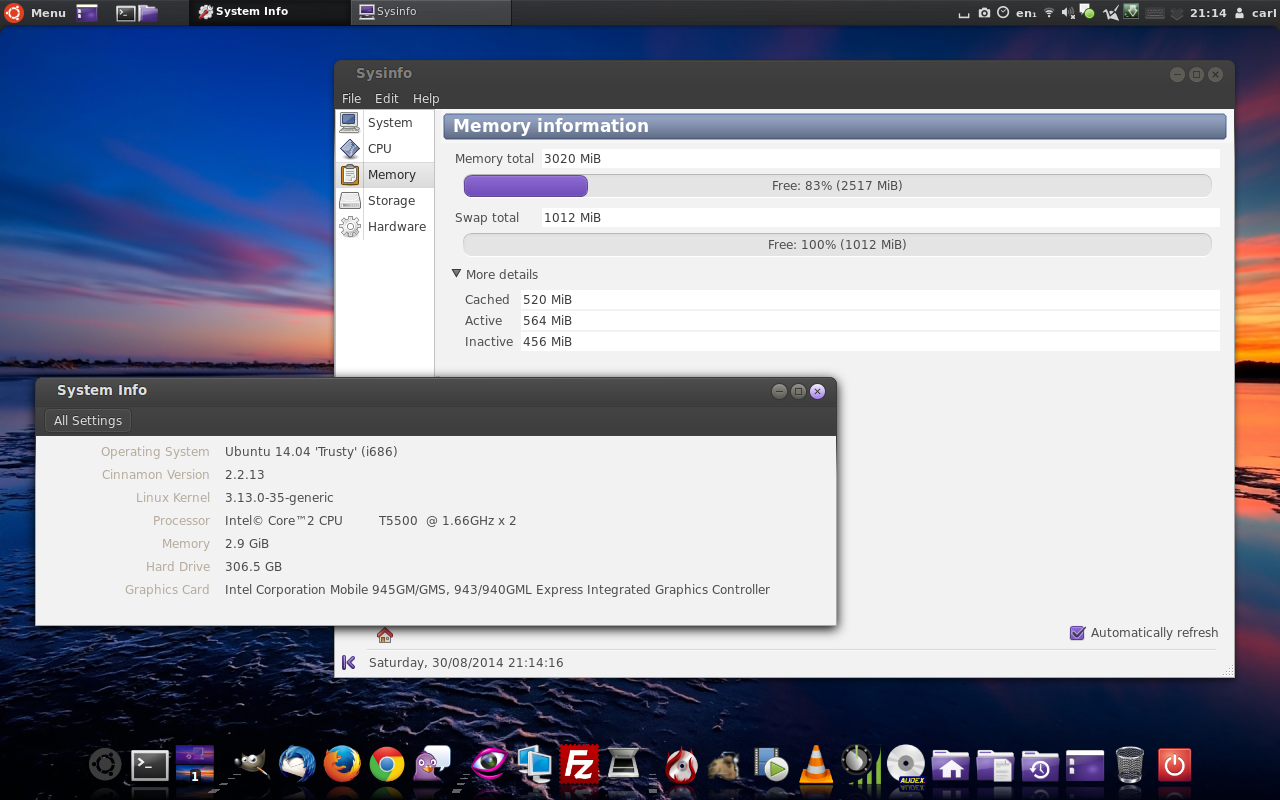 Having used the VAIO for about 2 months now I now know it's strengths and weaknesses and faults. Although it weighs 6.6lbs, it does not feel heavy when sat on my lap, but it does feel back-breaking when carrying it in my rucksack! I am not usually a fan of glossy screens but I love the VAIO's beautiful 15.4" screen that gives a 1280 x 800 (16:10) resolution. My family always remark how good it looks when I am showing them photos on it. I can also store plenty of photos on the 320GB hard drive, which is handy when away from the Internet. It also suspends and resumes perfectly and is very quiet in use, it's cooling fans can barely be heard. It's also the only laptop I have with an Express card slot. 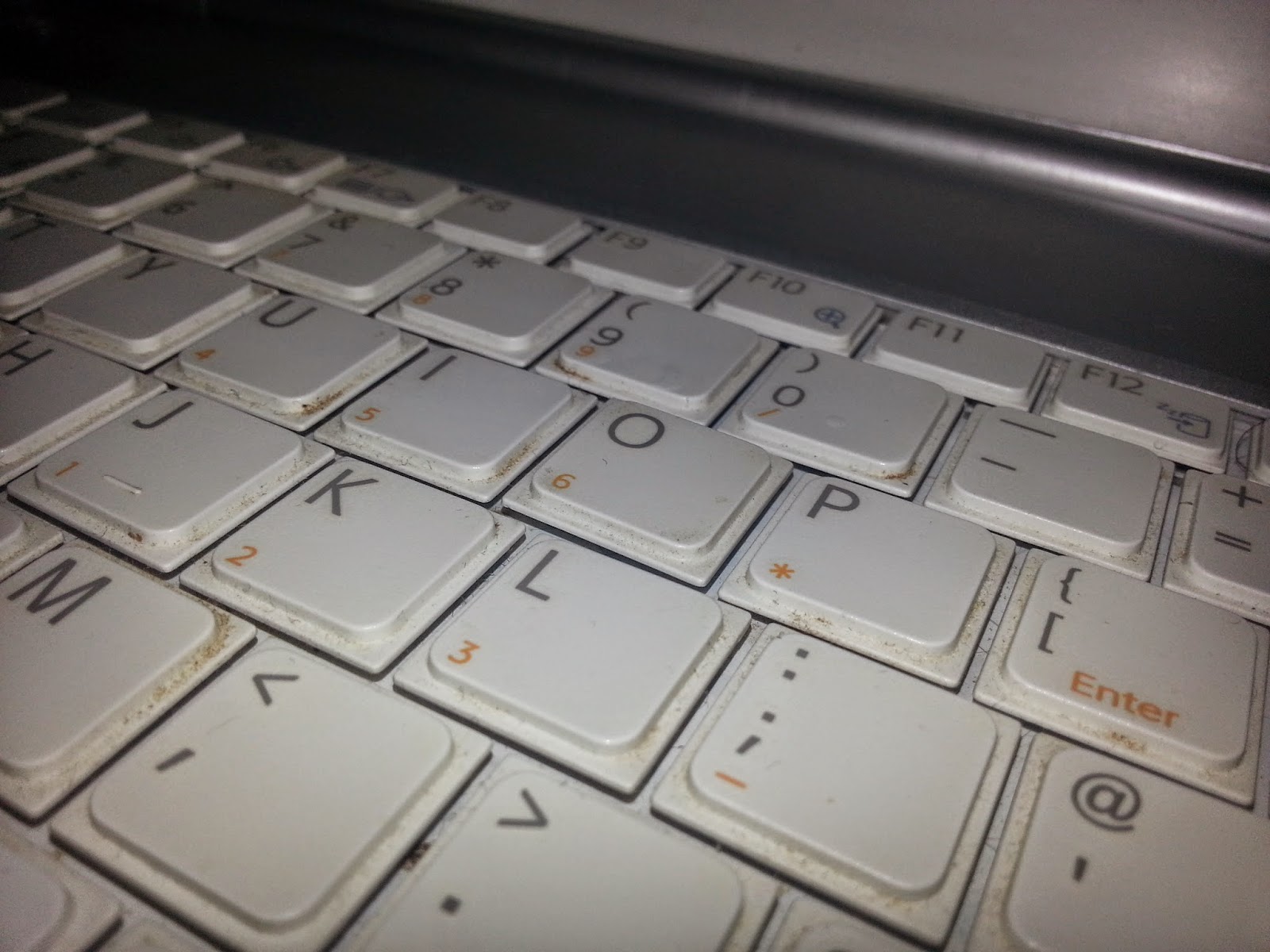 On the downside, the keyboard is not as comfortable as most of my other laptops. I don't know whether this is because of age or dirt or it was built that way. I often find i get more typos than I do with my other laptops. The trackpad buttons aren't very responsive either, you have to hit them in just the right place for response. the trackpad itself is just fine though. It also would be nice if Sony had put Gigabit onboard rather than just 10/100 Ethernet. 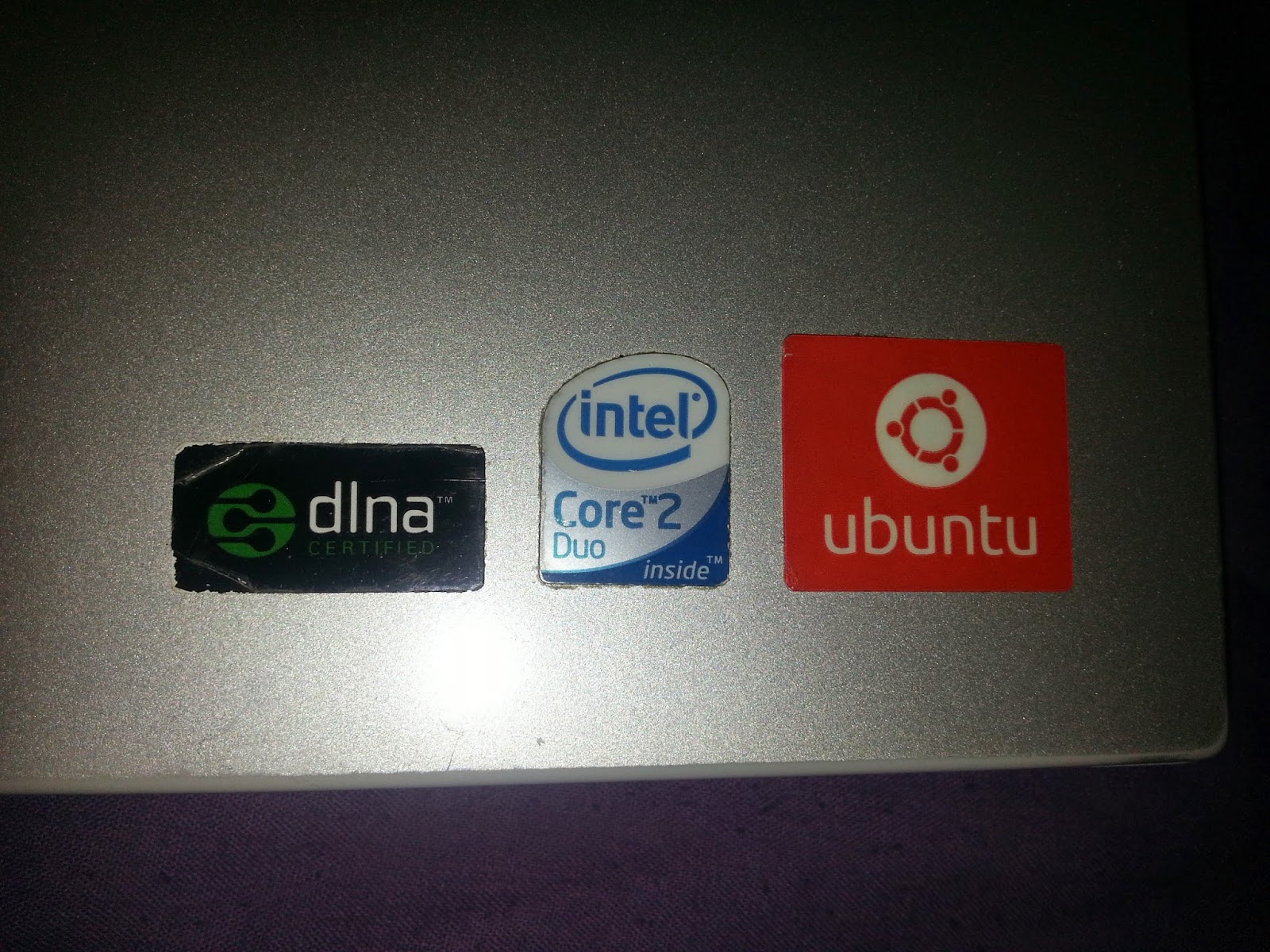 Overall it does feel more of a consumer grade laptop than a corporate one, but I am fairly happy with the Sony VAIO, especially considering it has not cost me much to obtain and repair so for now I shall keep it running until it dies. I find it very useful for showing photos and videos to my folks, mainly because of that fantastic screen. I used to use my Samsung N145 netbook for this but the screen is tiny and not very bright, so despite it's weight, the power and screen of the VAIO makes it better suited to the job. 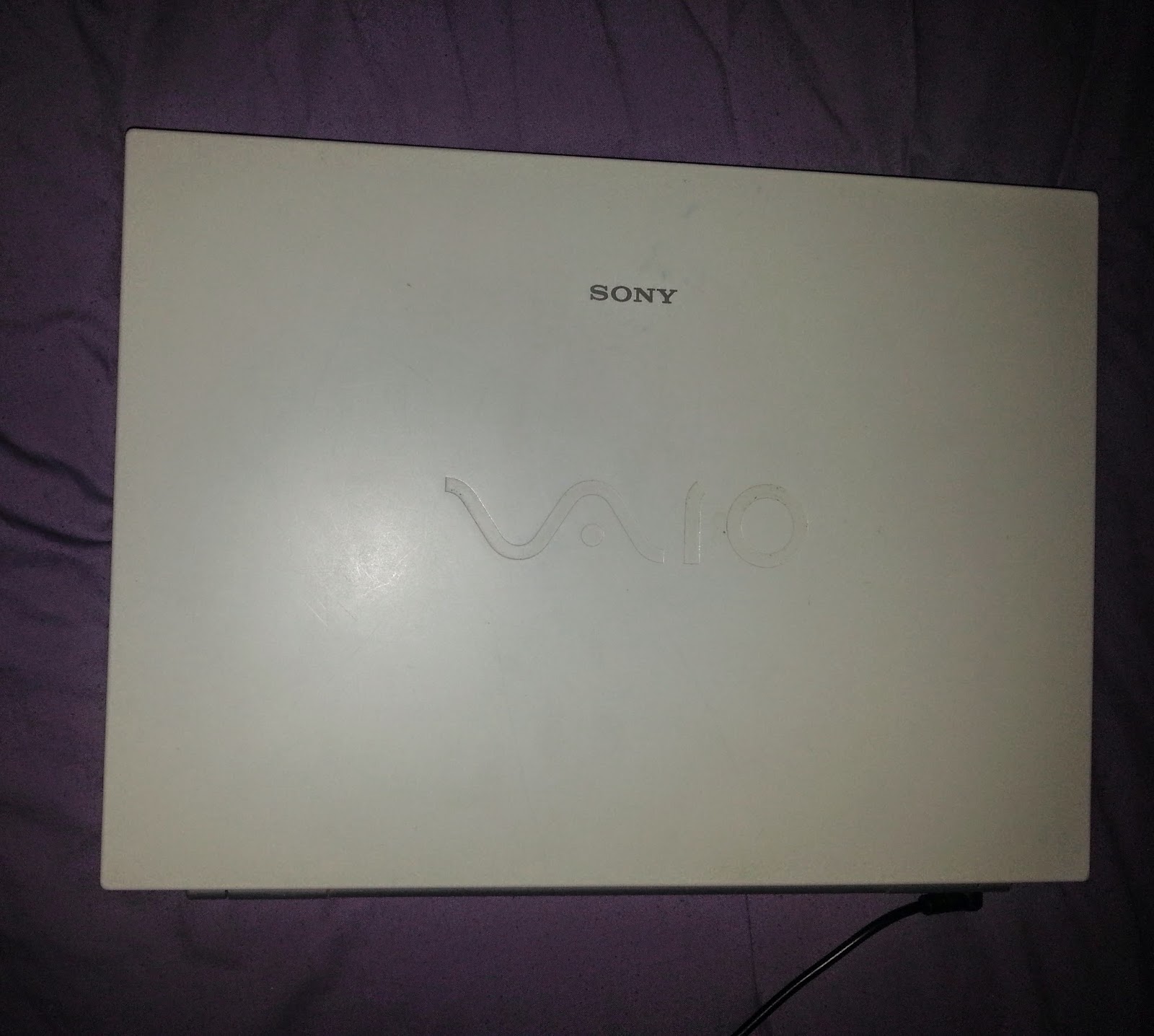