Android Is For Me... 8 Months After Leaving iOS

In February, I took a massive step and walked away from being an iPhone user. My family in my house had Motorola Moto handsets and I was getting both impressed and jealous.

At the time of switching I wrote an article 'Goodbye iPhone... Hello Moto' for LowEndMac.

The past few months have been a fresh of breath air. The move to a non-Apple device has given me a blistering fast, up to date handset for a fraction of the price and a mobile OS that will do what I want and can be tweaked to do more. It has also allowed me to break that Apple tie-in giving me more freedom over my future desktop OS choices.

I have no regrets, the Android world has gained a new fan. 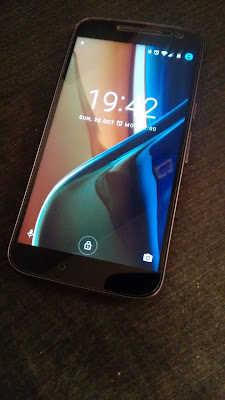 My Moto G4 may now be last years model, but it is still amazingly fast (for it's price range) and has been upgraded to Android 7.0 ‘Nougat.’ And although Motorola recently announced no plans for Android 8.0 ‘Oreo’, that doesn’t matter in the Android world, most apps and Google services run as far back as Android 4.0 ‘Ice Cream Sandwich, which was released in 2011.

The ability to upgrade the storage - via Micro SD card - is superb, although I have yet to fill the 64GB card I have, but if I did I could just buy a bigger one. OK, so SD cards aren’t the best storage method and can be a bit flakey at times, but I have had no issues with mine and it gives you more options. I have recently discovered USB OTG allowing further drives to be attached as well as a whole host of devices, turning my mid-priced handset in to a portable computer. 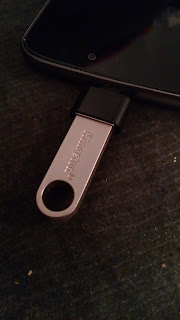 I do far more on my Android than I ever did on my iPhone. The bigger screen makes watching films and Netflix a joy and the massive battery just keeps on going and going without the need for a power case or portable battery.

I love my Moto G4. I love the Android operating system and I am loving the whole experience.

Welcome to the Android Family. "Being Together but Not the Same."