iPhone 8 and X - What is all the fuss about?

It’s that time again, when the Apple reality distortion field is at full force after an iPhone Event, and the mainstream media are gushing over their shiny new toys. So what’s all the fuss about? 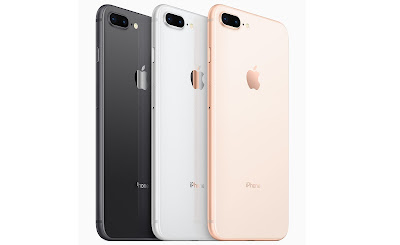 Well not much really, the iPhone 8 and 8 plus look almost the same as the old ones but include a slightly better camera, slightly faster CPU, have a few more gimmicks, and now have a glass back to accommodate QI wireless charging, which the LG Revolution had in 2011 and many Android devices have had since. It also has Fast Charging, which has also been around for 4 years in the Android world. The glass back also means more money to Apple for all the repairs they will undoubtedly have very soon when owners drop their shiny new toy. I also wonder if new phone cases might appear to allow QI charging to work properly. Of course Apple could try improving the battery life on the iPhone, which is probably the biggest complaint my Apple using friends have these days...There was also something mentioned about being designed for Augmented Reality, which is nothing new either. Other than that, the 8 and 8 Plus are so unexciting that Apple didn’t even live demo them at the event, instead Craig Ferenghi saved that for something ever so slightly more exciting...
The main highlight of the Apple Event was the iPhone X, for £999 (yes, practically a thousand quid, and that’s the base model) that celebrates ten years of the iPhone. Unlike the 8 and 8 Plus, it features an edge to edge screen much like other recent Android flagships from the likes of LG and Samsung, and the Sharp Aquos had a few years ago. It’s also OLED for the first time on an iPhone, which Apple calls a “Super Retina Display” in their marketing bollocks.


Yet again, Android devices had OLED screens years ago, (2009 on the original Samsung Galaxy), so nothing particularly exciting there either. LG recently switched to an OLED edge to edge screen on their V30 which has a higher PPI than the iPhone X.

The odd looking brow on the X reminds me of the little bump that intrudes on Andy Rubin’s Essential phone, except bigger, and I don’t like it there either, it’s ugly and will likely get in the way. (I don’t like the lack of a headphone jack on the Essential phone either). 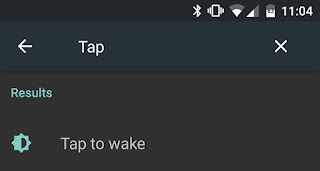 Another feature borrowed from Android is Tap To Wake, which first appeared in 2013 on the LG G2 and subsequently incorporated into many other Android devices. Just tap the screen to show the clock and notifications. I first used it on my LG G3, (which they called KnockOn) which was nice, but LG went one step further and incorporated knock to unlock where you could tap out an unlock code. I really think though that Raise to Wake and Active/Ambient Display are much more useful and I got very used to waving my hand over the AMOLED screen on my second gen Moto X to wake it up and see notifications. Raise To Wake is very handy, pick it up and it shows the clock and notifications. Both these features save battery power, particularly on AMOLED screens, perhaps Apple might steal these features for the iPhone...XI? Or will it be the X2? Or the iPhone XS?... 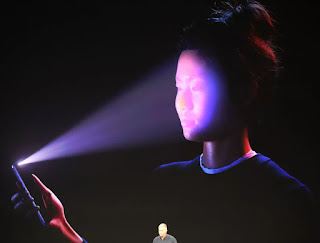 Another major ‘new’ feature of the iPhone X is that the fingerprint sensor has been replaced by FaceID for securely unlocking the phone. This means users will have to point their mug in front of the screen before opening Apple Pay, creating one more step in the payment process. Unlocking the X now means picking it up, swiping up from the bottom of the screen then holding it up to the face to unlock, that’s two more steps than just pressing a digit on a fingerprint reader. All presumably because Apple, like Samsung, could not find a way to put a fingerprint sensor underneath the screen. For me, the best place for a fingerprint reader on any phone, if they must have one, is on the back, where the index finger rests. As any Android user who remembers the Galaxy Nexus back in 2012 will tell you, face unlock really isn’t very convenient, no matter how much it has improved since then. Of course it also might make it easier for a gang of thugs, like the Police, to hold the owner by their arms and unlock the device with their face. It is also meant to work in pitch black darkness but I look forward to seeing how it all works (or doesn’t) in practice once the iPhone X is in the wild.
It’s really about time Apple upgraded other components in the iPhone range, like giving them a decent DAC, something as good as the high quality quad DACs in the LG V10/20/30, though I doubt they will since most Apple users likely use Bluetooth earbuds as there is no headphone jack, and the adaptors are too awkward to use, or they just do not know or care about decent audio quality. In fact, instead of the iPhone X, you could probably save a couple of hundred Dollars/Pounds and buy an LG V30 which not only has wireless charging, facial recognition (should you want to use it), fingerprint reader, and Tap to Wake, but also a higher resolution OLED edge to edge screen, aforementioned quad DAC, arguably better camera, expandable storage and a headphone jack. And for the average user who doesn’t need any fancy features could save even more money and buy a year or two old flagship and not notice the difference, there is certainly plenty of other very capable devices around.