I fancied a phone upgrade and it had to be a Motorola, so I picked up a Moto X Style. The X range was their flagship range and the X Style (known as the X Pure Edition in some parts) is the third iteration released in 2015.

The impressive specs, the fact my wife bought one recently and the glowing review of the second gen Moto X from fellow writer, Moto fan and owner of this blog, Carl Draper, helped sway my decision.

The right side has the power and volume rockers, the bottom has the Micro USB port, the left side has nothing and the top has the headphone socket (a necessity for me) and a pull out tray which houses the Nano SIM and Micro SD card. I like this as it means you don’t have to take the back off to access them. My wifes has a dual SIM, but mine only takes one. 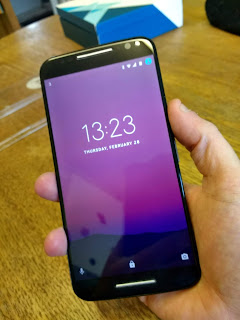 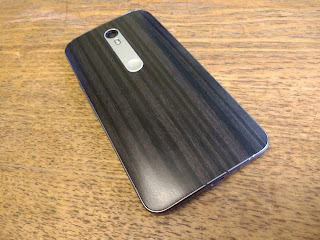 That's the technical specifications dealt with, but how does it handle day-to-day?

The Moto X Style is a large handset, but feels very comfortable. As will all Moto handsets the build quality is superb. Mine is the black version with a wooden style back, my wifes is the champagne version, which has a light blue back and light blue speaker grills on the front. 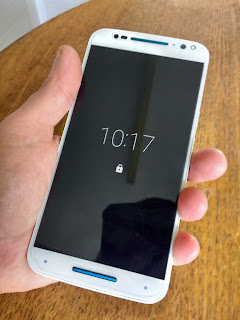 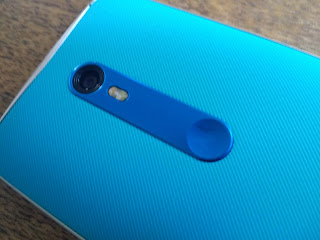 The large 3000mAh battery offers impressive battery life - easily coping with a more than a day of average use and it ships with a quick charger. The 3GB of RAM certainly gives it some breathing room and the Hexa Core processors handle everything with a breeze. Nothing is slow on it, the OS is superfluid and apps open and run very quick. I’m not a gamer so couldn’t say how it handled in that area.

The 5.7" screen is large and bright and the 520 ppi makes it super crisp. Notifications are displayed on the lock screen and the screen can be woken with just a wave of the hand in front of it. 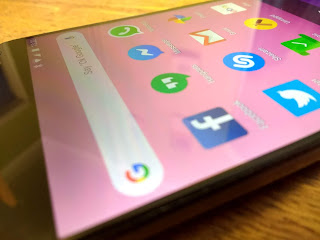 Call quality is clear and loud. It is a phone after all so it needs to excel in its primary function. The audio from the stereo front facing speakers is superb (for a phone). I haven’t even bothered to pair up my bluetooth speaker yet.

The headphone socket was essential and produces louder music than on my previous phone with the same earphones. I had a brief issue with fluff and paper stuck in it preventing it being used - the perils of buying a used phone - but I have resolved this now.

The 21 megapixel camera takes amazingly sharp photos. The image stabilisation is very good.  The camera opens quickly - via the menu or by double pressing the power button - and there is zero delay in snapping pictures.

It can also shoot videos in 4k. This is a pointless addition personally as I never need to shoot video that high, but its nice to know it is possible.

The 32GB internal storage will make a huge difference. 16GB on my previous handset was getting tight. Coupled with my 64GB Micro SD card I now have almost 100GB of storage.

A small note. Boxes never normally interest me, however this X Style came in the biggest most impressive box I have ever seen for a mobile phone. 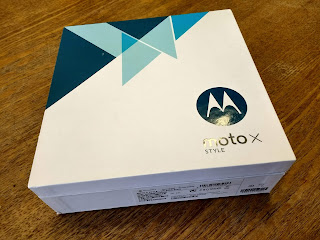 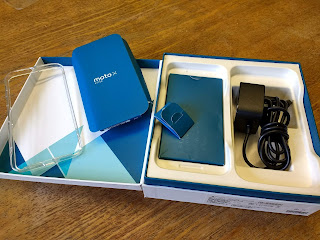 This Moto X Style was replacing my beloved Moto G4 which has been used daily for two years and never let me down so finding a replacement wasn’t going to be easy. While the specs are not drastically increased, the larger internal storage and RAM on the X Style made it a good decision. The larger crisper screen, inclusion of stereo speakers and NFC added to it. The improved cameras sealed the deal.

I am very impressed with this X Style. It looks amazing especially with its wooden style back and the bump in storage will help dramatically. It may be stuck on Android version 'Nougat' (currently two revisions behind the latest), but this doesn't matter too much in the Android world.