Activity Lights... I Love Them

Blink... blink... blink... I have had a long obsession and fondness for activity lights. You, know those little flashing LEDs that tell you your computer is doing something. I love them.

They aren’t very common these days, newer machines tend not to have them. You are lucky if you have an power light.

I am sitting here typing this on a ten year old Dell Latitude laptop and the top left of the keyboard has a panel that is flashing away. The hard drive light flickers and wifi light is blinking away constantly. Even the rarely used DVD drive has its own LED on the drive panel which flickers away to show a disc being read.

I have a few external hard drives which I use for backing up and these have activity lights, one of which has a bi-colour LED – one colour for read and another for write activity – and I often find myself watching it flickering away, while I am updating the drive.

I shared this love for activity lights in a FaceBook group recently and got shot down. Nobody else liked them.

Back in the 90s they were very common, especially on the front panels of desktop computers. They were there to show you your computer was busy and also an indication that it was still working and not frozen or hung. 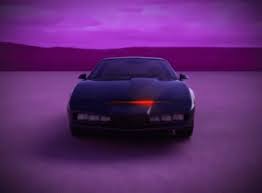 I even remember having some shareware software that would allow you to flash them in sequence giving you an almost KITT from Knight Rider feel.

After moving to Macs shortly after it was something I missed. The closest you got was a breathing power light when your Mac was asleep. So when I ditched Mac and moved back to regular hardware so I could run Linux, seeing those little flashing lights again was a joy.

It might sound an odd, and perhaps a little ridiculous thing to get excited about – but its just something that I love.