LameBoy... Play Your GameBoy Games On A DS

I have fond memories of my first ever games console, a Nintendo GameBoy and it sparked a life long love of playing games. It was released in 1989, but it wasn’t until around 1992 that I managed to afford a secondhand one – but I loved it.

Even when released it wasn’t the most impressive console, a 4Mhz processor and its 160x144 ‘green’ and white screen lagged behind the full colour Sega GameGear and Atari Lynx, but its inferior technology and mono screen gave it the edge in portability offering up to 15 hours on 4 AA batteries vs 3 to 5 hours on the GameGear and Lynx which both used 6 AA batteries.

Fast forward to 2020 and I still enjoy those 8-bit GameBoy games, but original hardware is now well in to the retro stage and is very expensive along with game cartridges too.

All is not lost. I have a Nintendo DS Lite (itself not exactly modern) with a flash cart. One of my favourite homebrew apps is Lameboy – a GameBoy and GameBoy Color emulator for the DS. While it is no longer in development, in fact it hasnt been updated since 2009 - it works perfectly.

It is a very simple piece of software. Put on the lameboy.nds file and put your game ROMS in a folder called 'lameboy' and away you go.

The DS hardware is perfect for running GameBoy and GameBoy Color games. The screen is bright and the layout of the controls are perfect to play on, and almost match the GB/GBC. The extra buttons (as the GB only had A + B) operate the small, but easy to work out settings menu.

Lameboy has some interesting features that enhance your gaming experience even further. 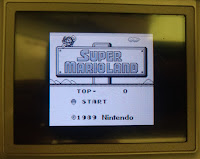 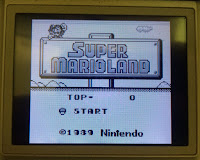 You can upscale the screen 1.5 times and even put it into widescreen. Original GameBoy games are shown in glorious crisp black and white, but there is an option to turn on the original green colour of the original GameBoy to give you that full retro vibe. 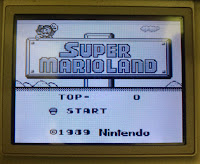 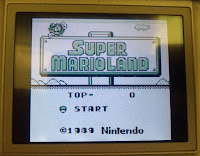 GameBoy Color games with their up to 56 colours look amazing. I think the backlight in the DS screens add to the crispness and increased visibility of the games. 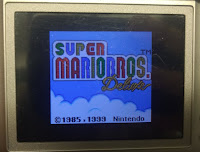 You can also choose whether to have games displayed on the top or bottom screen of the DS. I personally prefer the bottom screen, but diehard GB/GBC fans might like the top screen so it replicates the feel of the original hardware. 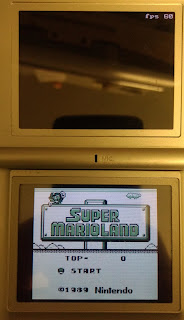 Additionally you can turn on the frames per second count, which displays a whopping 60 fps almost constantly.

As with most emulators, there is also the save state option. This allows you to save games at any point and resume from these points – as most older games had no saving of games, you just played but then had to start again when you died fully or turned off your console.

I loved my GameBoy –  and I love my DS, and now I can can use a modern (ish) console to play my beloved mono 8 bit games.

As with any emulation, you can legally download and play game 'ROMS' as long as you have the original cartridge.

Check out my YouTube channel for portable and older gaming as well as tech videos, including my LameBoy video.