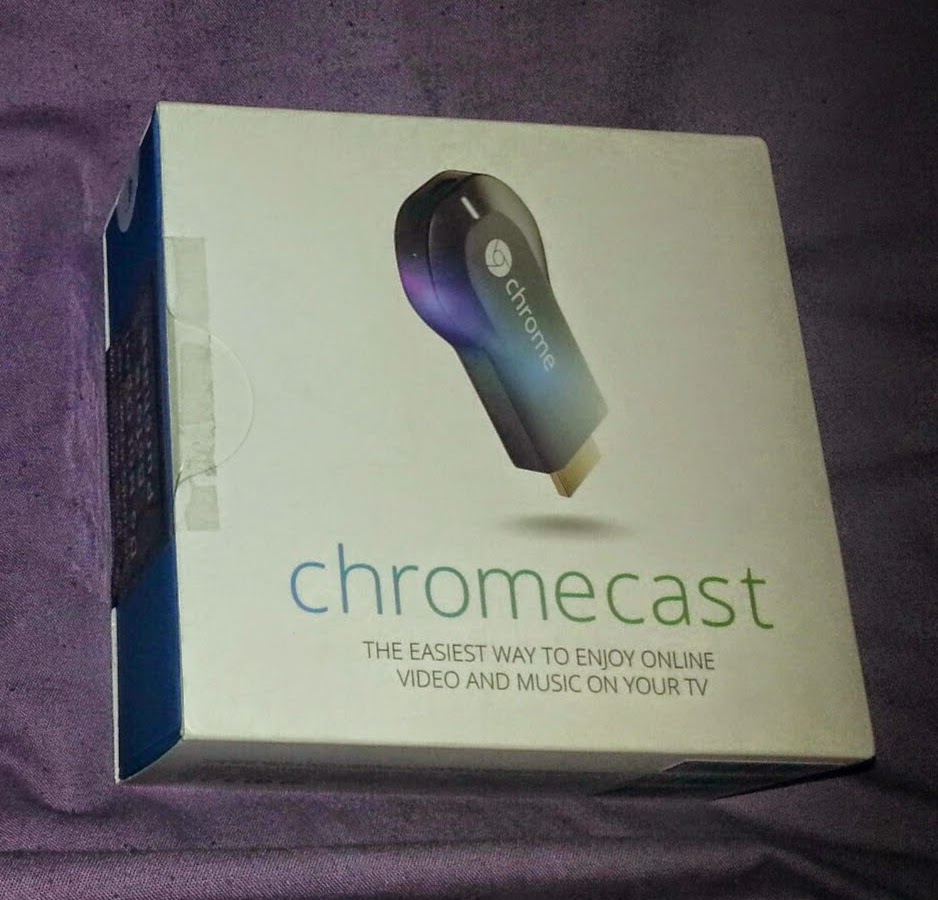 I recently picked up a Chromecast, they have not been out for very long here in the UK and I couldn't wait to get hold of one! Following is an unboxing and initial impressions of the device.

What's in the box? 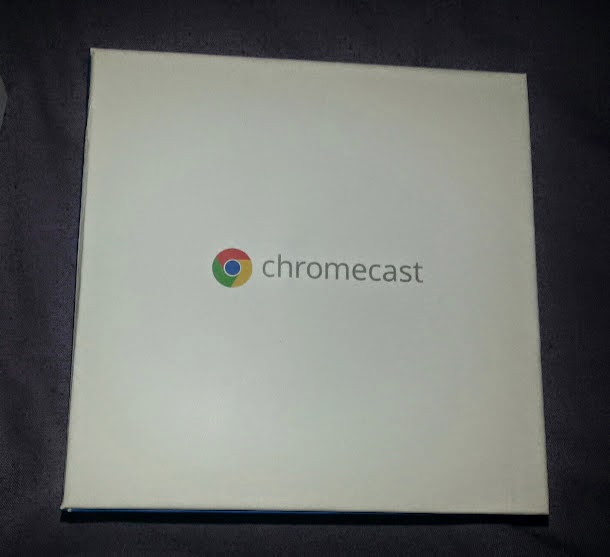 Once the seal is broken there's a internal section (shown above) that slides out and opens up showing the device on top, with Getting Started instructions to the left on the lid. 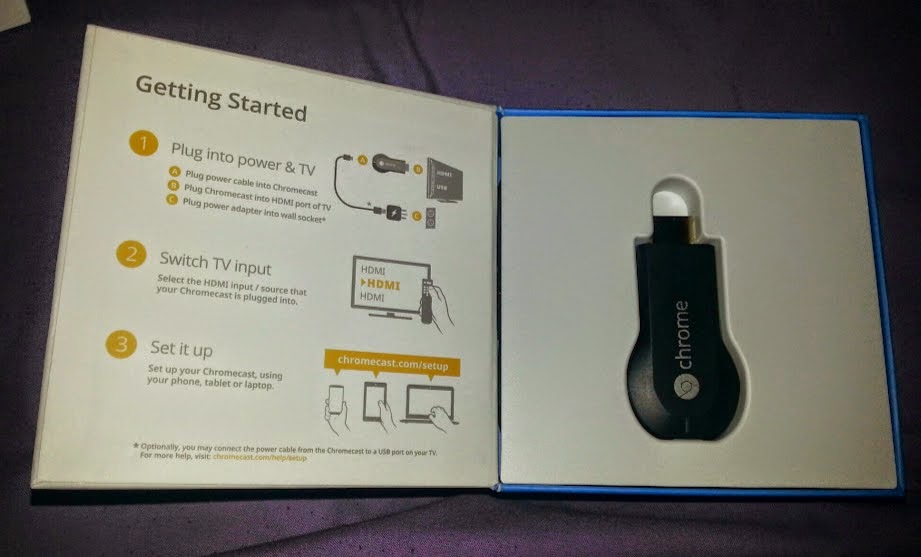 The Chromecast is very simple to setup. Plug the HDMI end into your TV or Amp (with or without the HDMI extender). plug the supplied USB cable in the other end, and charger into the wall. 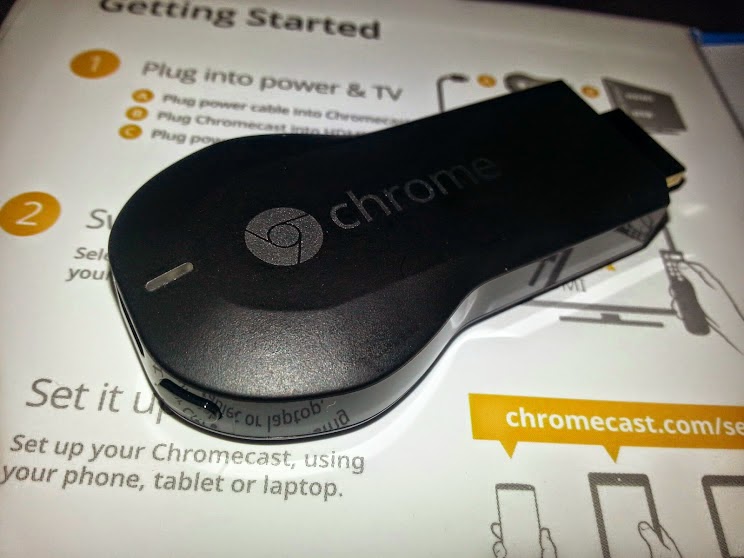 Once the device is all plumbed in, switch your TV to the correct HDMI input and follow the setup instructions onscreen. Everything is controlled from the Chromecast app on your Android or iOS device, or from Chrome browser. Everything should go well as long as you make sure both the device and controlling device are connected to the same router (for places that have wireless APs).


Then it's just a case of choosing what to send to your Chromecast. Out the box you can send YouTube videos and play music from the Google Play Music app, and send entire Chrome tabs from your computer, which is very handy!


There are a growing number of little apps that allow you to do even more with the Chromecast. Localcast is one handy little app that allows you to cast media from your tablet, mobile, or web browser and has some other neat tricks. Also BBC iPlayer apparently works out the box though I have yet to try it.

The app and media server Plex is also very handy. I already had Plex setup on an Ubuntu Server PC and the Plex Android app has a cast button to cast content to the Chromecast, so photos, videos and music can be cast from a server upstairs down to TV in the living room.


Chromecast is great for quickly showing someone a slideshow on a bigger screen, or a few YouTube videos, or for throwing a Chrome tab up on a TV like using a TV as a second monitor. With a growing number of Chromecast apps appearing it should be even more useful and I am still experimenting with more apps.

I found the setup pretty easy, as long as you have a decent network speed, and have not got a complicated amp/HDMI switch setup. It works best plugged directly into the TV if possible. It's certainly a lot less hassle then the Roku device (that I am about to return to the shop, more about that in another blogpost soon!)  The Chromecast works very well and I think it is great value for money and dare I say it, I love the Chromecast!