I’ve been a linux fan on the side for a long time, dipping in to it and then going back to my Mac. However, my love of Apple has faded lately and with my 2012 MacBook Air getting older by the year Linux is looking a viable option for the future. Before I dive in, ditch my Mac and live in a non-Apple environment I thought I would try and get to grips with Linux a bit more. I couldn’t go full time in an OS I am not 100% comfortable with. While I am no Linux n00b, I am not that experienced either. So a week ago I installed rEFInd - an EFI boot manager for Apple computers - partitioned my SSD and installed Linux Mint 18.3 Cinnamon ‘Sylvia’ (ensuring I have 8GB for swap). Mint is my go-to distro. I love the look, it works fantastically and I am the most comfortable in it. 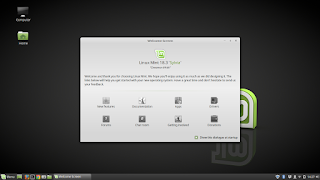 First impressions were impressive. Everything worked and it looked superb. All hardware was detected and setup correctly, even down to the Mac specific hardware keys for screen brightness, sound and keyboard backlight. My MacBook Air is no slouch, a 1.7Ghz i5 with 8GB RAM and a 256GB SSD and under Mint it performs even faster than macOS. This is not a pros and cons of Linux article. Anyone looking in to it knows its advantages and limitations in comparison to the competition. The GUI of Linux Mint shares a look between macOS and Windows. It has a bottom task bar a ‘Mint’ Start menu and a clock in the bottom right. Drives mount and show on the desktop and Notifications pop up to the top right of the screen. Keyboard shortcuts also mimic Windows using a Control key instead of an Apple key - but oddly enough Control+Q closes windows - a mix of Control + F4 for Windows and Apple + Q on macOS. The Apple (or command) key now activates the 'Mint' menu. 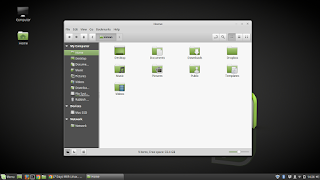 Once you get your head around changed shortcuts and screen decor being in different places navigating and using the OS is great and simple.

Installing apps isn't as difficult as it used to be. The Software Manager is an app store which makes finding and installing apps easy, but other apps can be downloaded and installed from websites just like macOS and Windows. I installed DropBox and a text editor called Sublime without any issues. 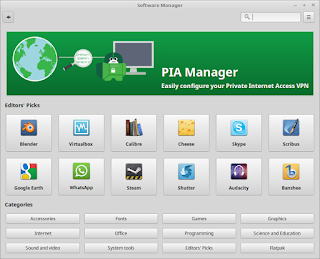 Performance is superb, but on this hardware it does have some specific issues. Battery life. This takes a significant hit, lasting almost a third less and that is under average load. I have yet to do anything very processor or drive intensive yet. Heat. My Air runs very cool under macOS, but under Mint it has heated quite bit with more fan action than I have ever experienced before. It happens especially when it is on charge. Initially this was a worry, but after the first few days, this has drastically reduced. Writing this article now my Mac is back to no fans, silent and relatively cool. Mouse. I reversed the scroll direction and lowered the pointer speed, but the tap is very sensitive and I cannot seem to lower this. I have on a number of occasions accidentally tapped when moving my finger across the pad. It has also detected a drag and sent a few windows where I didn’t want them. Being a Mac it only has one mouse button. It took a while to work out tapping with two fingers will bring up a right button sub menu. Sleep. Waking from sleep can be little temperamental. Opening the lid wakes the machine 95% of the time, but a few times I have had to prod the power or escape key to give it a little nudge. Battery Low Indicator. When the battery gets critically low it pops a warning, however plugging in a charger doesn’t automatically dismiss this. You have to manually click it. A small annoyance. Everything else has worked fine. I have ran the multiple updates to ensure everything is up-to-date. I would like to stress that these are not specific issues with Linux or even Mint, rather particular issues when combining Linux with a MacBook. Others have experienced these with different distros. I have never come across these issues before and I have run Linux on various machines from ThinkPads to other Macs without these problems. At first I was very disappointed with the heat issue. After all I don't want to damage my MacBook Air. The others are minor issues.

I thought it was going to call time on my Linux venture, but I will keep a mindful eye on temperature. The more I use and get used to Linux and Mint the more I enjoy it. After 20 years of using a Mac and Apple OS it is going to be strange to get used to.