This is a follow up article to my ‘7 Days With Mint’. A month in and I am still running Linux Mint 17.3 ‘Cinnamon’ on my MacBook Air 2012. It is dual booted with macOS Sierra, but in a month I haven’t used macOS.

I had a few teething troubles which seemed specific to Apple hardware, some of which I have ironed out.

The heat issue seemed to calm down shortly after writing the previous article. I am not sure if it was settling in or drive indexing but I now have a quiet cool MacBook Air again.

The poor battery life has been improved, by installing PowerTop and turning everything labelled ‘bad’ to ‘good’. Battery is still not as good as under macOS, but it has drastically improved. 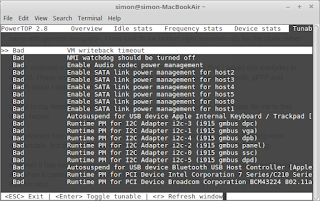 I discovered a problem watching online videos - from various sites - with the video flickering constantly. This was resolved by installing the Intel video drivers, which were in the Driver Manager tool rather than the default ones. 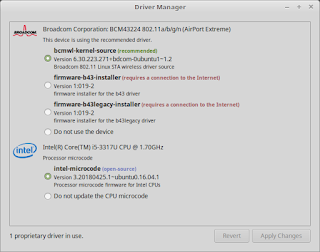 Two issues I still haven’t resolved and may never is the very sensitive mouse tap, which still causes me to accidentally send my mouse pointer to places I don’t want and it still doesn’t always wake from sleep with I lift of the lid, although this has also improved since tweaking PowerTop.

I am getting used to the feel of Mint, slowly the new keyboard shortcuts are becoming more natural rather than having to think for a second before remembering I am not in macOS. The same with general navigation, I now look to the bottom right automatically for the clock rather than top right.

I have ventured a little further in to apps, slowly installing items that I would use everyday in macOS. I have installed software so I can edit the websites I maintain (gedit, gFTP and GIMP) which I managed to do and upload successfully.

I need to dig deeper into tools for music management and video conversion for me to feel totally happy.

I am pleased how the journey is going. Day by day I am learning more and feeling more comfortable, but there is still so much to learn - especially if something goes wrong.

However it has certainly opened my eyes to the possibility of leaving the Apple world behind and when it comes to the end of life for my MacBook Air, it would be a non-Apple laptop I look for next.