Just recently I decided I could do with an upgrade from my 2014 Moto X, one that has or will receive Android Nougat, as the 2014 X will not get it due to the age of the CPU. I was considering a Motorola Nexus 6 but it is still a bit out of my budget, but then I spotted a Moto X Play XT1562 at a great price, unlocked and boxed with it's original charger, so I took the plunge and traded up. 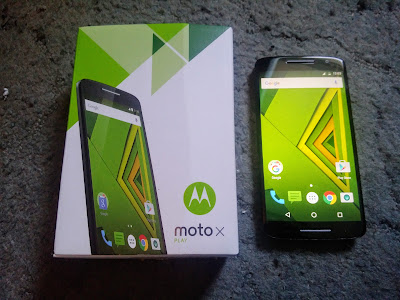 First impressions are the 5.5 inch 1080P IPS screen is great, though not quite as black as the AMOLED 5.2 inch screen on the 2014 X. I mainly notice this with Active Display, when it wakes to show the clock when picking it up (it uses the accelerator to detect movement) or when shows a notification. It also does not have the 'wave to wake' feature where you can wake it by waving your hand over the screen, as if you were a Jedi, which is a shame but not a deal breaker. There's no gyro, compass or temperature sensor which is slightly baffling considering the previous model had them. 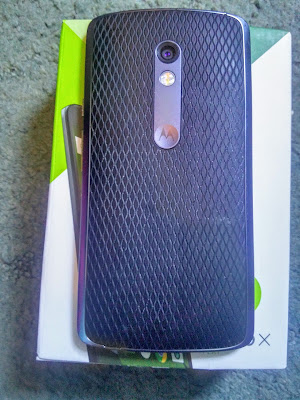 On the backside of my device is a nice replaceable rubberised back cover which stops it from slipping out your hand, which is handy on such a big heavy device. I loved the old real walnut back on my old X but this rubberised back is more practical, particularly if you do not intend to use a case. It feels a bit heavier than either my old X or my LG G3 but kind of in a reassuring way, it doesn't feel unbalanced. Underneath is a huge non-removable 3630mAh battery. Well it is huge compared with the puny 2300mAh battery in my old X! The SIM/SD card tray is at the top of the device the same as the older X. The usual volume and power buttons are on the right hand side. 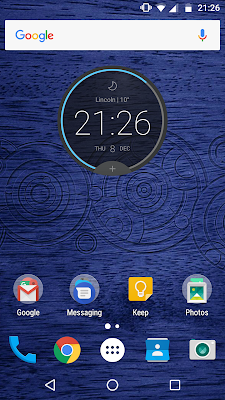 After restoring all my apps during the setup process, which Marshmallow (and above) makes pretty simple now, I setup Nova Launcher with knock to lock and made it look even more stock than it's default launcher. The weather widget is Moto's ripped from the Moto Z and can be downloaded here. The mostly stock Android, that is usual with Moto devices, is buttery smooth on this device, significantly so from my old X, most likely down to the octa-core (4x1.7 GHz Cortex-A53 & 4x1.0 GHz Cortex-A53) CPUs inside, compared to the quad-core 2.5 GHz Krait 400 in the old X.

The rear camera is very impressive, at 21MP, and does not feel like they threw more pixels at an 8MP device like the Sony Z2 I had. The front camera has 5MP, which is also an improvement over the 2MP on the previous X. One feature I really like is you can get straight into the camera from the lock screen by quickly pressing the power button twice (it vibrates in conformation) or you can quickly twist the device side to side like the old X, which I found took some practice to get right and was slower in practice. Volume down button acts as a shutter button, if you prefer that to tapping the screen, and holding it enables burst mode. The default camera app is a slightly improved, you can manually control the exposure, which I don't remember being there previously. I also noticed that you can use slo-mo on the 'selfie' camera too, unlike on the old X. There used to be a halo effect around the edges of buildings with HDR shots, there's none of that with this device. My only real criticism camera-wise is lack of Photosphere mode in Google Camera due to the lack of a gyro. It takes decent sharp detailed images all the way to edges but I'll let you judge from some photos I took using the stock camera app: 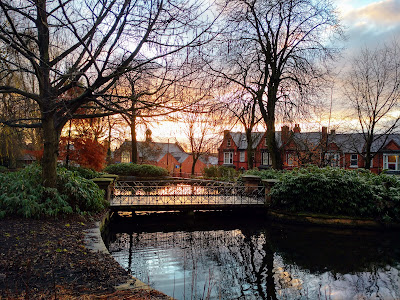 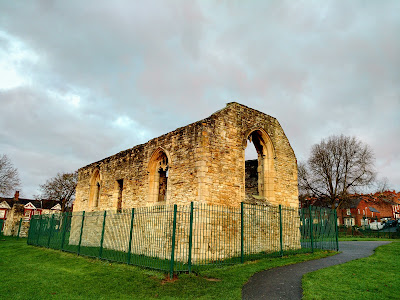 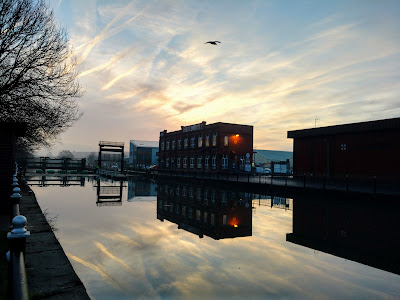 I think a user could probably get even better images using third party cameras, particularly to replace the slightly sub-par panorama mode. The Play takes fairly decent 1080P videos, probably about the same or slightly better than my old X. I am surprised it lacks the 2K video recording in the older X, though I never really used it due to the amount of space the recordings take up and the slo-mo recordings are lower in quality too. I have collated a selection of my recent photos using the X Play in an album here.

The battery life with the 3630mAh battery on the Play is amazing, particularly compared with the older Moto X, I'm usually getting about a day and a half of battery life, and nearly 5 hours screen on time! With particularly high camera usage one time, it dipped to about 3 hours screen-on time. I take a lot of photos, browse the net a lot, and use Hangouts and Facebook Messenger, though I don't play any games.

The Moto X Play feels like it was created for media lovers, with it's huge battery and excellent 21MP/5MP cameras (which is only let down by the lack of a gyro) and MicroSD slot. The near-stock Marshmallow 6.0.1 OS is buttery smooth on the device and it is officially scheduled to receive Nougat sometime early next year. I also really like the 5.5 inch screen which feels large compared with the 5.2 inch of the old X, but the device still manageable in my hands, particularly with the nice rubberised back. It is worth also considering the Moto X Style (which has a gyro and bigger higher resolution screen, but a slightly smaller battery) and also the Nexus 6, but they are still a bit more costly secondhand compared with the Play. So overall, I am very pleased with the X Play so far, it suits my usage well. I consider it the best Android phone I have had so far, having previously owned the 2014 Moto X, Sony Z2, LG G3, Moto G (1st and 2nd gen), Nexus 5, Samsung Galaxy S3, Motorola Atrix 4G and HTC Hero. It is also the youngest device I have had being only just over a year old. Hopefully it will be even better under Nougat when that arrives in the new year, I shall update this review then.

Update 15/01/2017: Motorola has confirmed that the EU version of the Moto X Play will get the Nougat update by the end of January. 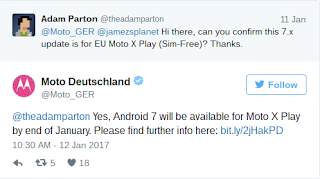